Jim’ll Paint It has become somewhat internet famous on Twitter for his incredible Microsoft Paint artwork. He takes requests from users for things that they’d like him to create using Microsoft’s fairly horrendous software, but he somehow makes it look great. Here are our 10 favourite Jim’ll Paint It video game art pieces! 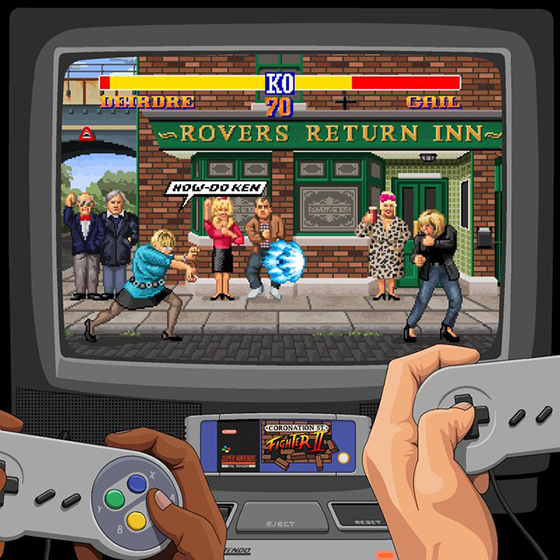 This one is straight in at number 10 because of the HORRENDOUS pun, I love it. A lot of this art will probably make more sense to UK audiences, including this Street Fighter version of soap opera Coronation Street. 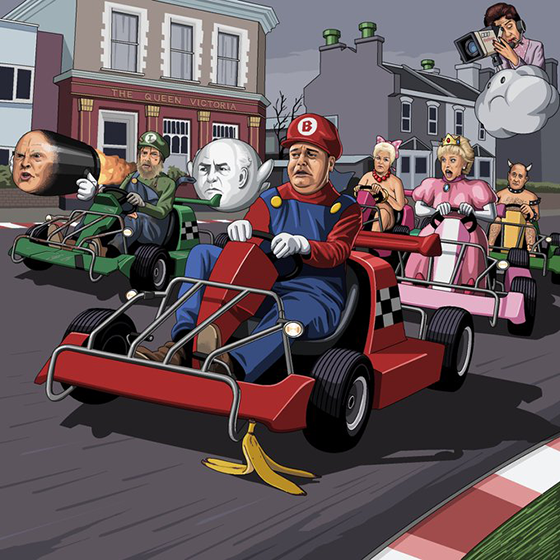 That was the request for this one, and honestly it’s perfect. 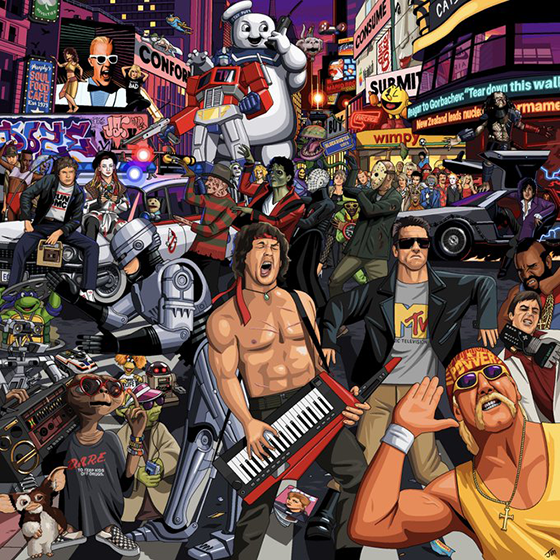 I may have included this one because of my love of the 80’s – but hey there are video game characters in this if you look hard enough, it counts! 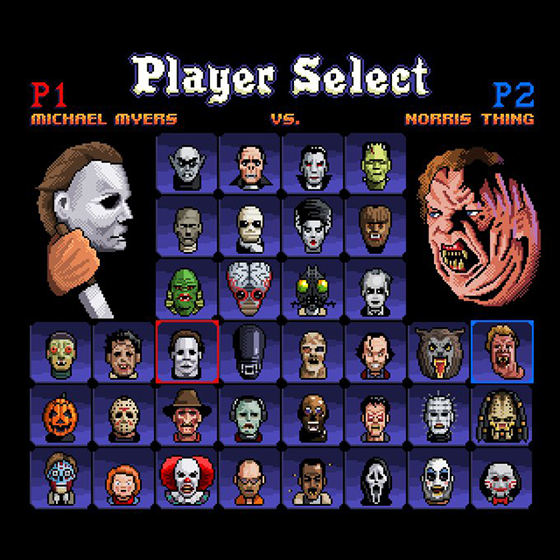 This one’s a thinking outside the box entrey, as there’s no actual video game characters, but the concept is great, and I’d actually play the hell out of this game if it was real. I’d main The Fly for sure. 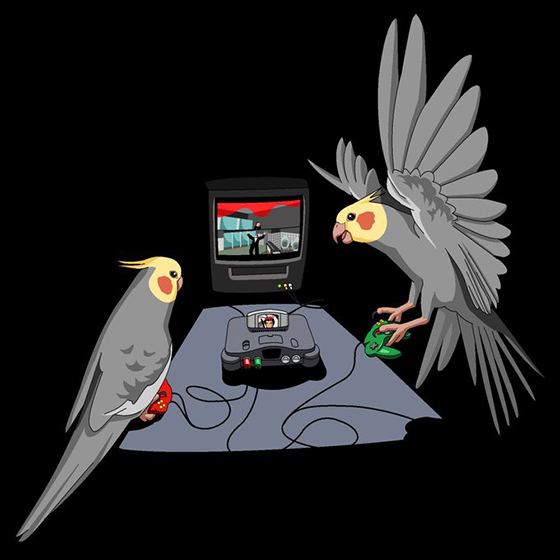 Yeah, I’m not sure about this one either, but hey GoldenEye! 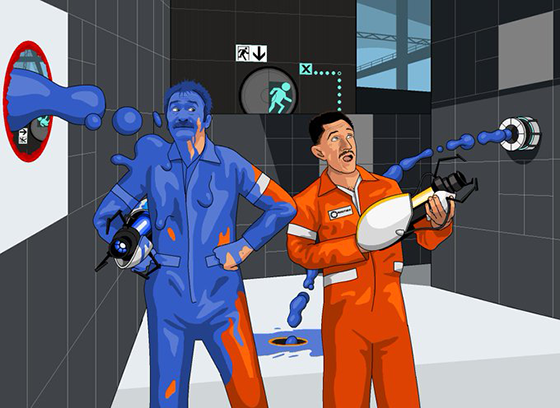 The Chuckle Brothers were an incredibly popular TV duo who got into plenty of antics, and seeing them in Portal just fits perfectly.

4 – Theresa May under fire 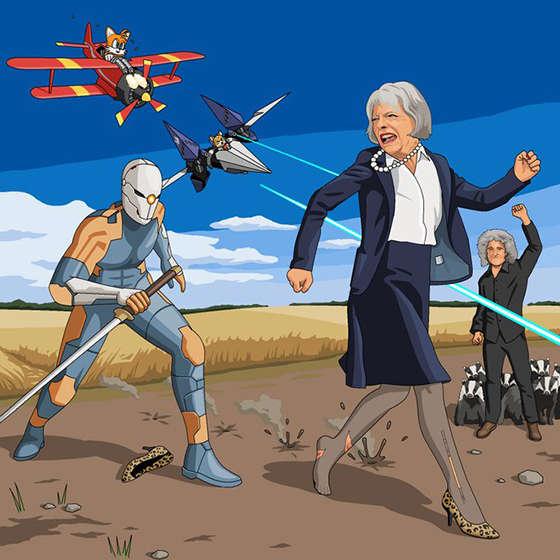 We don’t need to make this political, I just love the absolute randomness of this image. Miles, Fox and Gray Fox all chasing after ex-PM Theresa May is just bizzare, not even considering Brian May and the badgers. 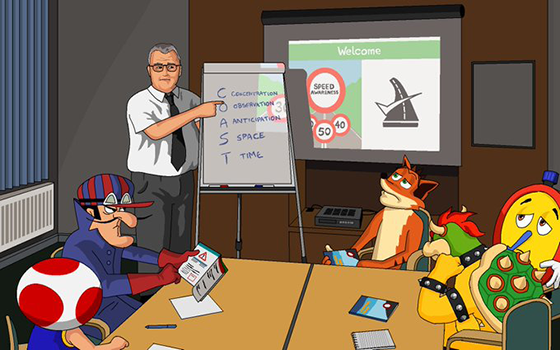 Crossing the real world reality of speed limits with Mario Kart and Wacky Races is just an image I never thought I would see, and yet here it is. 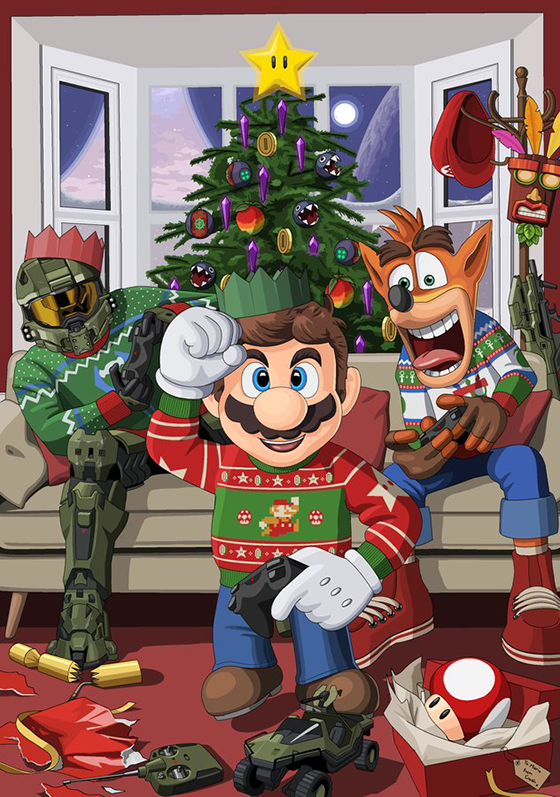 What’s better than console wars? When consoles come together to celebrate? What’s up for debate here is why they chose to play on an Xbox One… 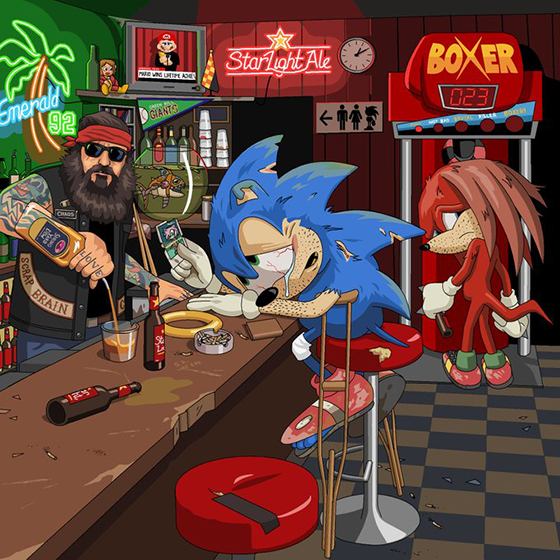 This is my favourite one, I think it’s just my humour. I just love the idea of a worn out Sonic, his knees are completely gone after running so much, and he’s resorted to booze. Knuckles isn’t in great shape either.