Six of the Best Christmas Things in Non-Christmas Games

It’s the first week of December and I’m sure more and more of you are starting to get excited about Christmas. There’s only a few weeks to go after all! So let’s indulge in Christmassy things. Let’s lie back and take a metaphorical lovely warm yuletide bath to contrast against the cold of winter.

This isn’t a huge thing and, before Saturday, I didn’t even know about it, but I still like it a lot. This RPG turn-based strategy game contains an excellent feature where you can watch your characters interact with one another in their barracks between battles. It’s a nice way to include some character development for those who want it (and can easily be skipped if you don’t really care). Anyway, around Christmastime they put up a Christmas tree! This made me very, very happy. 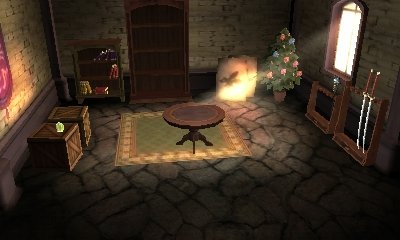 Another small thing, but one which I like a lot. There’s a cheat code you can use on the game’s menus to activate Christmas Mode. Sadly, Christmas Mode only changes the bonus stages of the game (rather than anything major) but though that might be a small difference, it’s a change I like very much. Instead of the usual bananas or stars, you’re collecting Christmas presents and baubles! Beautiful. And the Christmassy song that plays in these altered levels… Well, listen for yourself. I listen to it at least once every December.

This applies to the whole Animal Crossing series; for those unfamiliar with it, Animal Crossing is a life-sim and it follows real time which allows it to indulge in the Christmas festivities when December comes along. First, it snows. You’ll be out collecting fruit, or fishing and then you’ll notice a few white specks falling from the sky. Then the snow sets and turns your village into a winter wonderland. Then, most excitingly of all, on December 24th it is Toy Day! Jingle the Reindeer comes to town and there are presents for everybody! 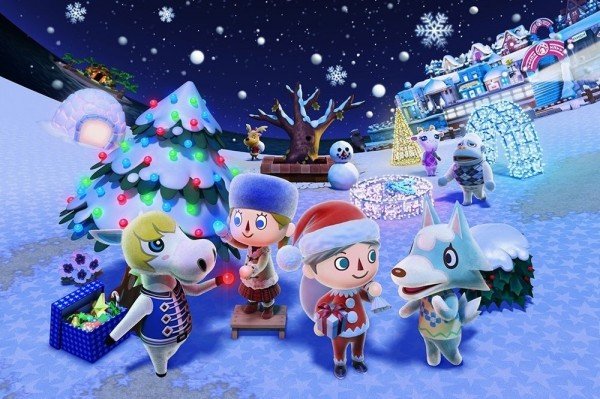 You can play a Mario Kart game and there’ll be a snowy level or two, but only Diddy Kong Racing has downright Christmassy levels. One of the game’s worlds is called Snowflake Mountain and all of its four race tracks are very merry. My personal favourite is Frosty Village where you race through a snow covered village in the middle of the night (I like to imagine it’s Christmas Eve) and there are Christmas trees, giant candy canes and an especially festive soundtrack. 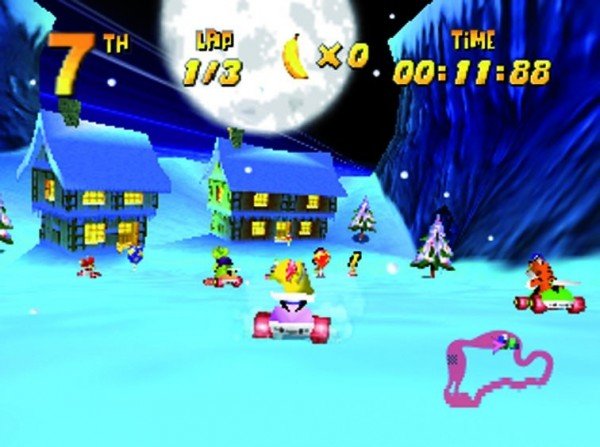 In Scribblenauts  you play as Maxwell who has the power to summon pretty much anything (including Christmas trees, presents and anything else you associate with the season) and not only that, but you actually have to help Father Christmas himself at times. There’s nothing like the feeling of saving Christmas all by yourself. I always enjoy playing freely and making Maxwell the perfect Christmas by summoning a delicious Christmas dinner, a tree, presents, Father Christmas as a guest, a roaring fire place, and everything else that I love about Christmas. 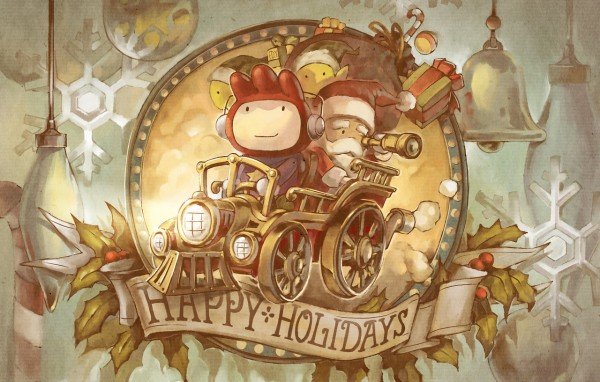 It seems that Rare were fond of putting overtly Christmassy levels into their games because after the lovely tracks in Diddy Kong Racing they went on to make Freezeezy Peak which was even Christmassier! There’s snow everywhere, a family of polar bears and you need to find presents for the kids, you can go tabogganing, there’s a giant snow man, a small snow covered village, you even have to set up a Christmas tree! I recently started a new playthrough of this game, just so I could play Freezeezy Peak close to Christmas. 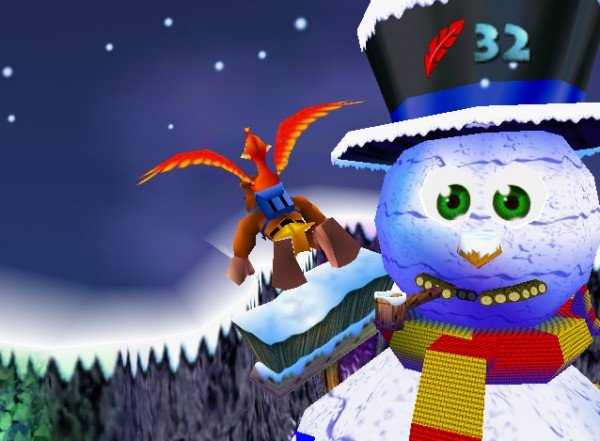 What better way to celebrate Christmas than to treat yourself to something from our Rice Digital store?

We have the recently released Persona Q: Shadow of the Labyrinth in a that comes with a free set of Chie’s Badges, and a Double Teddie Keyring! Grab it here!

Also we still have some copies of our Persona 4 Arena Ultimax Fan Editions in stock. Our Fan Edition comes with a set of tarot cards and our actually-really-nice Rice Digital exclusive Junes t-shirt. It makes the perfect gift! Get it here! 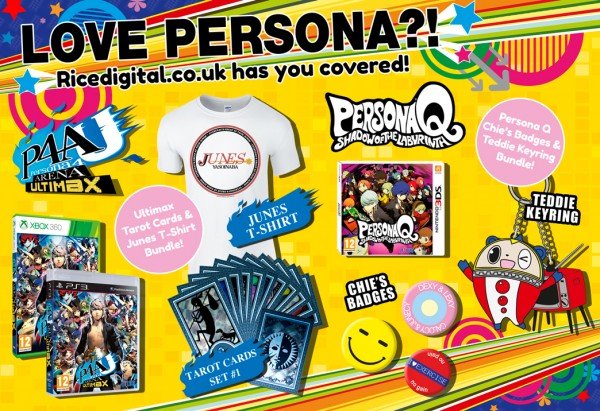