Games can be genuinely scary experiences, whether that be through slowly encroaching psychological means or by jumpscares or by a foreboding atmosphere. Sometimes, however, games are quite honestly just out to get you, giving the player simply too many methods to purposely kill their characters and making such an act so easy too.

Video games have evolved too drastically. When compared to the fun low-graphic adventure games like Diablo ll for which you can click here to buy additional in-game tools and kill zombies with it, today’s games have become very violent. Due to the higher graphic cards in gaming consoles and systems, players can clearly see the other person suffering while being killed.

On that note, for this week’s Friday Feature, I thought I would run down my Top 6 occasions in gaming in which the player can purposely kill themselves in video games, because there is nothing scarier in a video game than a game over screen. 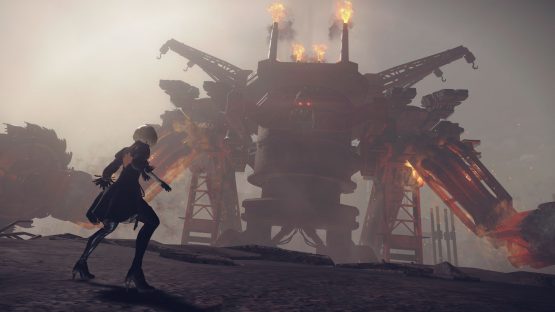 As far as games go, NieR:Automata is unbelievable in many ways, but not so much as with the multitude of endings that can abruptly happen without any prior warning. Sometimes it will not warn you about what the decision will result in, but on occasion there are a few moments in which you are given fair warning.

One of these occasions is the act of removing the OS Chip in the game. You are firmly informed that removing the chip will result in catastrophic failure of systems, and if you remove it, you will immediately get an ending screen and credits as you have essentially collapsed and died. This can’t be much higher, as you are warned, but I’ll admit that I did originally think this was a double bluff and tried it. 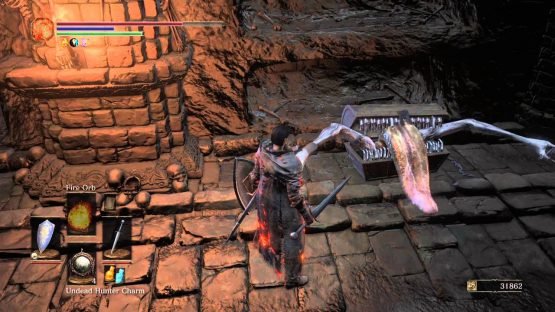 In a series that practically revolves around symbolism, there are little cases in Dark Souls more on the nose than the Symbol of Avarice. A rare drop from the creature that you come to represent, this item is a piece of headwear that resembles a Mimic. These creatures will hide out in the game, disguised as chests, and will attack any hapless undead that chooses to plunder the contents.

Wearing their head as a helmet gives the player a far higher yield of souls per enemy slain than normal, but at a terrible cost. All of the time that they are wearing this armour, they will take continual damage which, if not resolved or healed, will slowly kill the player character. The only reason that this isn’t ranked higher is because the problem can be entirely averted by simply removing the armour, which is more than can be said for latter items on this list. 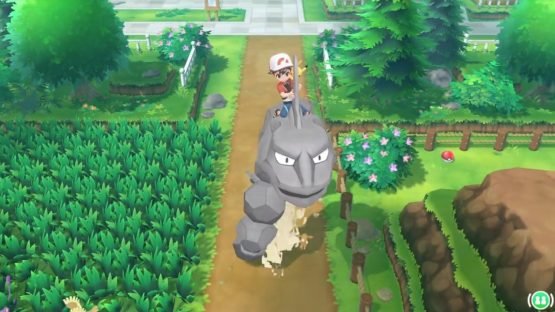 Couldn’t find a Voltorb image in decent quality, so here’s a wholesome Onix one instead.

Imagine the desperation that you would need to be in to completely sacrifice yourself to attempt to take down your opponent. Well, you don’t really need to imagine, thanks to the Pokémon Company and Self Destruct, a move first shown off by Voltorb. The chances are that you have been on the receiving end of this attack before you caught it. However, once you get Voltorb, you see how futile this move can actually be for the most part.

It’s powerful, of course, but not strong enough to warrant the fact that the Pokémon using it will faint regardless of whether it hits the opponent or not. Sure the clue is in the name, but Self Destruct definitely says what it says on the tin, for better or worse. This deserves to be on this list simply because it is so unexpected from a series, or a Pokémon even, that looks this cute. 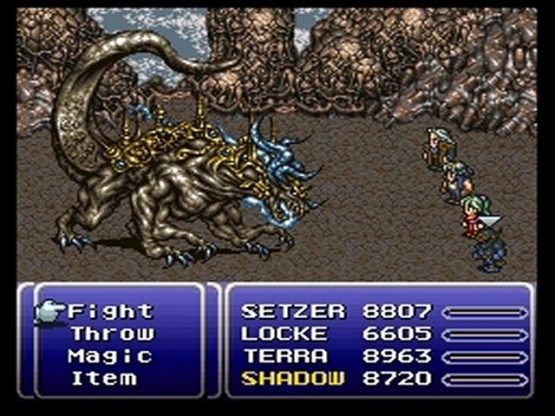 What’s the only thing worse than an attack that will kill the player? How about an attack that has only the slightest differential from one that will kill all of the opponents? That’s the case with Joker’s Death in Final Fantasy VI, one of the many possible outcomes when using the Slot command as Setzer, of which a slot machine will appear that the player can stop with the result dictated by the three symbols at the end.

7-7-7 is possibly the best result, killing all opponents and ignoring Death immunity. However, 7-7-BAR will activate Joker’s Death that will kill all party members and ignore Death Immunity, resulting in an immediate Game Over. The Slot command is a huge game of chance as it is, but having Joker’s Death as a possible outcome will make even the most brave player think twice about using it. 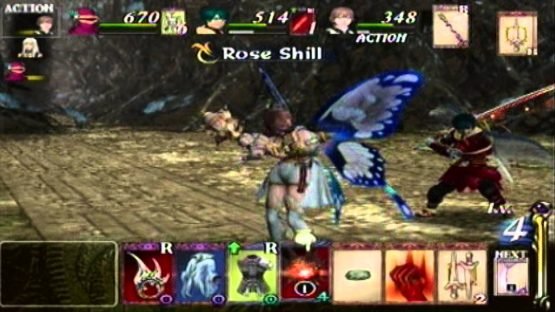 A cursed weapon is bad enough, giving the player a solid reason to never use the thing, but usually you have the opportunity to remove it from your equipment if its effects are too irksome (like the above Symbol of Avarice). However, in the case of the Murderous Joker from Baten Kaitos, there is no such reprieve nor anything close to that sort of luck.

Upon equipping the weapon, it cannot be removed, and every foe that blade fells causes the cursed blade from the hilt to creep closer to the wielder’s heart. Once the durability of the weapon reduces to 0, the Murderous Joker will slay the character holding it (which, ironically, is Sagi – the main character). The Murderous Joker, for that reason, deserves to be dreaded as much as it is amongst players. 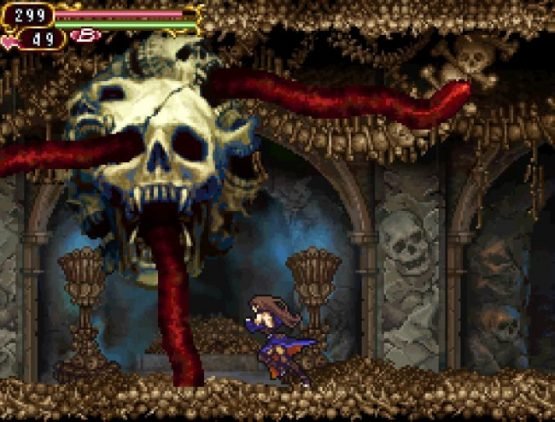 The whole of Order of Ecclesia is based on the titular Order opposing Dracula, of which the main character Shanoa is a member. The leader of the Order, Barlowe came across a method of transforming the remaining remnants of Dracula’s soul into three separate Glyphs as a form of ultimate power that was capable of destroying Dracula himself, called Dominus.

Throughout the game, Shanoa will collect the parts of Dominus; Anger, Hatred and Agony with the end result of aiming to use the full Glyph Union to slay Dracula. However, if the player equips Dominus at any other part of the game and activates it, they will slay every enemy on the screen and then Shanoa herself. The Dominus is possibly the most powerful of the items on this list, as it can be used at any point, with no random aspects, and will never fail to bring up that Game Over screen.

So, those are my picks, but what are yours? Do you agree that the Dominus is the most effective way to kill the player character in gaming, or are there ones that have a far greater detriment to the player? Let us know in the comments, or on Twitter, and check back here for more coverage of these games, and other Japanese titles.