Exciting 2018 English Otome Games to Keep an Eye on!

2017 was a great year for otome fans, but why should the fun stop there? The 2018 otome game schedule for the west is already looking very promising! There are plenty of new titles coming up for the Vita, and we’re starting to see otome come to PS4 too. Here’s the current list of 2018 otome games for you to keep an eye on!

For everyone who’s missed out on Code: Realize on Vita, Bouquet of Rainbows is bringing not only the first game but also the Future Blessings fandisc to PS4 in one neat package! Experience Code: Realize in all its steampunk glory on a big screen on March 30th in North America and some time this spring in Europe.

Of course, it’s only fair for the fandisc to join the previous game on Vita too! New routes and lots of fluff await. The release date for this one is the same as for ~Bouquet of Rainbows~ – March 30th for North America and spring 2018 for Europe.

As we don’t usually get fandiscs in English, both of these Code: Realize packages are especially exciting!

Okunezato is a town filled with mystery and known for having many legends. After her brother’s sudden disappearance there a year ago, the protagonist is encouraged by her childhood friend to go and look for him and take advantage of an offline meeting of the “Forbidden Okunezato Club”, a website dedicated to the mysteries of the town.

But each time she follows her brother’s footsteps, strange things happen, and soon she and the club members are caught up in the incidents.

It certainly sounds like there’s a darkness lingering under that sleepy summer setting, which is a good combination. The art is lovely too, with a very nice line-up of handsome men to choose from! Small town Japanese mysteries are always interesting, and this one seems to exude a fantastic atmosphere.

Everything about 7’sCarlet is shrouded in mystery even from the summary, and it’s one we’re very keen on solving! 7’sCarlet releases on PS Vita this year.

Psychedelica of the Black Butterfly

Psychedelica of the Black Butterfly looks like a gripping blend of mystery, supernatural, and romance elements! The protagonist wakes in a strange mansion, not knowing where she is or how she got there and with no memory of who she is either.

As she looks for clues to her whereabouts, she encounters a group of handsome men in the same predicament as her. Now they must fight dangerous monsters and collect ‘Kaleidoscope shards’ in the hopes of recovering their memories. 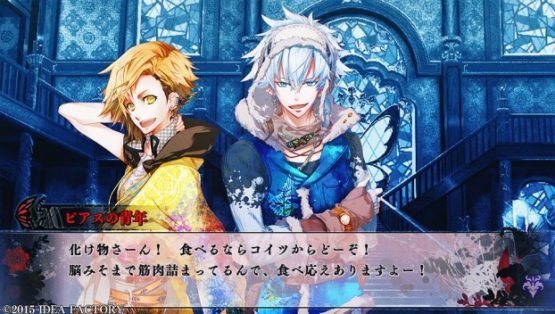 All the characters seem pretty intriguing and well-constructed, and it seems like they’ll all have to deal with the mysterious and dangerous situations they’ve found themselves in. While you can expect some pretty nice endings, this seems like the kind of game that’ll also have some dire consequences.

Psychedelica of the Black Butterfly releases on PS Vita this year.

Psychedelica of the Ashen Hawk

This is a spiritual sequel of sorts to Psychedelica of the Black Butterfly that can also be enjoyed stand-alone. In a town ruled by two powerful families (the Falcons and the Wolves), it’s said that women with red eyes are witches who will bring misfortune.

As her right eye turns red when she feels strong emotions, the protagonist disguises herself as a boy to avoid being persecuted as a witch. One day, she is asked to find an important treasure and symbol of peace, called the “kaleidovier”, which has been stolen. In her searching, she uncovers secrets about the town, its inhabitants, and also her own past. 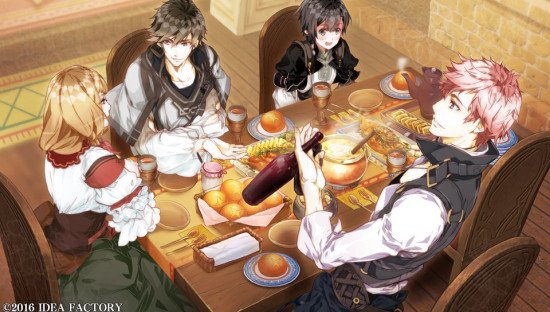 The protagonist seems to be pretty well-characterised, which always nice to see — both the characterisation and the whole “pretending to be a boy” thing can’t help but remind us of Hakuoki, which is always a plus. Like Black Butterfly, the artwork is gorgeous. This time around though there’s added tension as you interact with the members of both the Falcon and Wolf houses, with key characters and romance options from both.

Psychedelica of the Ashen Hawk is due to release on Vita this year.

Following on from the release of Kyoto Winds last year (which is very good, by the way), Hakuoki: Edo Blossoms will be wrapping up the story in April! Now all that courting’s out the way, it’s on to battle, blood-sucking, and bad ends! It’s still sort of odd to have the second half as a separate game, but it should mean you can jump straight into the action on whichever route you want to do first. It’s just a question of who to pick!

Obviously we won’t go into too much detail to avoid spoiling the fantastic first part of the story. Because they’re so closely connected, we’d absolutely recommend playing that one first. Once Edo Blossoms is released, the two games together will create an excellent rendition of one of the greatest love stories ever told.

Your next hit of demon Shinsengumi otome goodness releases on PS Vita on March 13th in North America and March 16th in Europe. 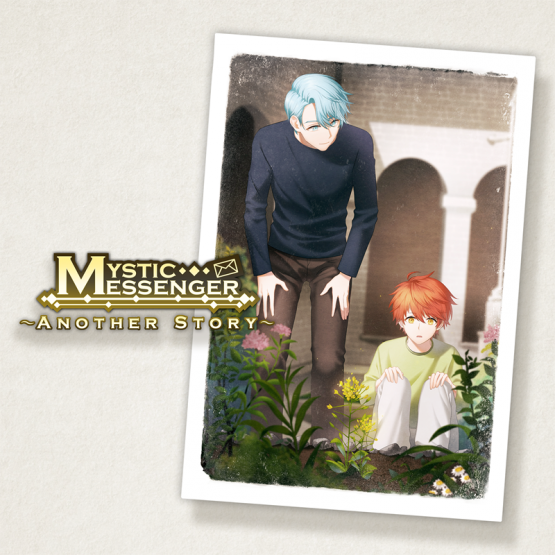 While not a full new game per se, Cheritz has announced that Mystic Messenger is getting a route for Ray! Users who purchased Mystic Messenger Another Story will soon be able to jump over from V’s route to Ray’s after purchasing Ray’s Route. With 7 days of chats, 7 endings, 70 illustrations, and full voice support, there’s a lot of new content there! Get ready to set those 3am alarms again!

Making an appearance in the main story before having his character expanded upon in Another Story, Ray’s Route has certainly been a long time coming! His mysterious nature has led to him becoming a fascinating character for Mystic Messenger fans. 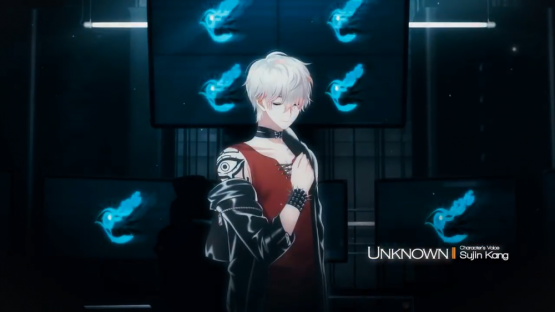 It just goes to show once more that Mystic Messenger really is the premiere otome mobile phone game with how much love and care has gone into its development, and how well Cheritz have continued to support it since release.

Ray’s Route is due to release on January 31st for Android and iOS, with a price to be confirmed.

Towards the end of last year, XSEED revealed a few silhouettes for as-yet-unannounced localisation projects, and someone with a keen eye identified one of them as English Detective Mysteria, an otome game set in 19th-Century London! 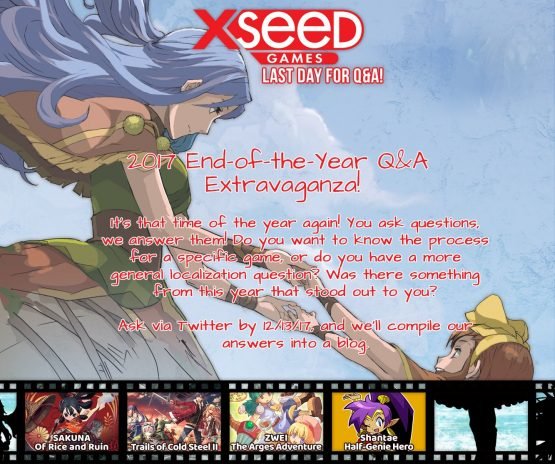 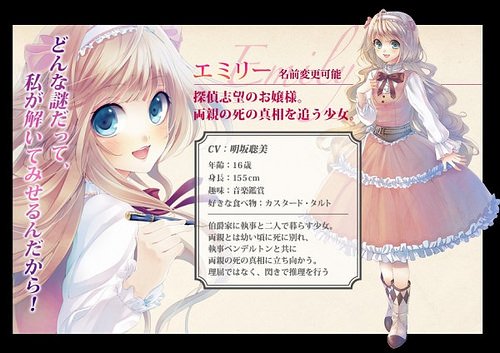 After becoming the queen’s appointed detective, the protagonist moves to London and is enrolled in a special class alongside the offspring of famous literary detectives, such as the son of Sherlock Holmes. While she studies to become a better detective, she also tries to uncover the truth of her parents’ murder years before. Interesting stuff!

We always love a good Sherlock Holmes-based game, which is why we couldn’t help but play NTT Solmare’s Guard Me Sherlock, and pine for a localisation of The Great Ace Attorney. English Detective Mysteria seems to offer its own unique twists, so we can’t wait for this game to be afoot.

Ok, so there’s no official news on this one, but we can still cross our fingers for Kenka Bancho Otome! There’s been little information on Kenka Bancho Otome at all since it won Spike Chunsoft’s Steam port poll back in 2016, but that doesn’t mean it’s off the cards just yet.

Switching places with your twin brother, you now have to attend an all-boys school for delinquents. If that wasn’t enough, your brother is a tough guy yakuza type of character, so by assuming his name you now have a target on your back to be the school’s strongest! Expect some roughness and uncovering the golden hearts underneath tough guy exteriors in this one.

With both a recent anime series and an English release of the manga, Kenka Bancho Otome is already establishing a presence in the west, and it’s clearly in high demand too. Could 2018 be the year we see the game come over too? Maybe? Here’s hoping so!

So, some of our entries are a little cheeky, but they’re all things we’re looking forward to playing this year (hopefully!). Which ones are you looking forward to the most, and which unannounced games do you want to see added to the line up?