A Rose in the Twilight Review (PS Vita)

A Rose in the Twilight is the latest instalment in Nippon Ichi Software’s “vulnerable girl in a creepy world” series. And, in a way, it is a lot like its predecessors htoL #NiQ: The Firefly Diary and Yomawari: Night Alone. In order to progress through the eerie castle, you will be solving environmental puzzles and collecting blood memories.

Right off the bat I should warn you that A Rose in the Twilight is a really depressing game with a unique atmosphere. Through the years, playing video games has always been my escape into another, more colorful world. Even though I am a horror fan, I would mostly associate video games with a more positive outlook on life. It is quite rare to find such an adorable game, yet for it to be so dark at the same time.

Rose wakes up in an abandoned castle without any memories. Soon enough, she realizes she suffers from something called a “thorn curse”. The castle has become eerily quiet, with dead bodies sprawled all around, buildings overgrown by some strange vines with thorns, and Rose has a unique ability to absorb blood and use it to bring back color and movement to all kinds of objects like rocks, catapults and other items. 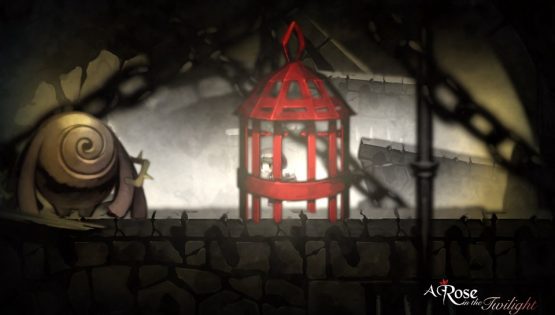 This is where the presentation really shines, as every usable object is painted vividly red whereas everything else looks grizzly, dark and muted. It creates a truly unique atmosphere which goes well with the game’s overly depressive narrative.

When blood is absorbed from objects their movement stops and they lose their blood red color. After absorbing blood from corpses and blood stains you will also regain lost memories. These segments are presented in silent-movie-like sequences and serve well to mentally prepare you for what is yet to come. 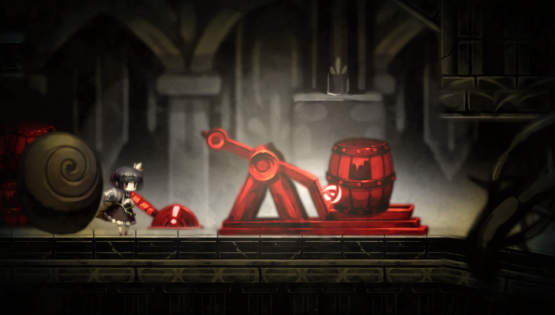 Although Rose is abandoned she isn’t completely alone. Soon enough she will find a helpful buddy in a form of a nameless rock giant. His ability to carry items and his invulnerability to thorns will come in handy in many environmental puzzles. Rose and the rock giant are a good duo and complement each other’s abilities quite well.

In one instance, you will be moving a rock using the rock giant and bridging a gap while Rose will be freezing it in its tracks and keeping it from moving. The rock giant can also activate objects, and operate levers and catapults to help Rose get to higher places. You can switch between these two characters by the press of a single button. 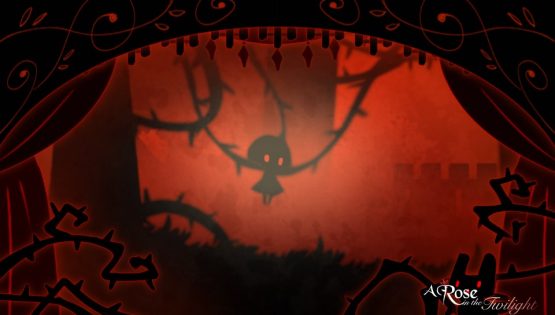 Rose’s movement is constrained, her animations stilled to the point where she almost feels like a porcelain doll – vulnerable, like she could break at any time from a simple trip. Every time she falls flat on her face, I am afraid she is dead. On the other hand, the rock giant’s slow movement could be attributed to its strong build. But, overall, the characters are pretty slow, which can get tiring as you progress through the game.

While the mechanics present here can be engaging for this type of puzzle platformer, the overall experience was unfortunately hampered by a clunky physics system and somewhat unresponsive controls. 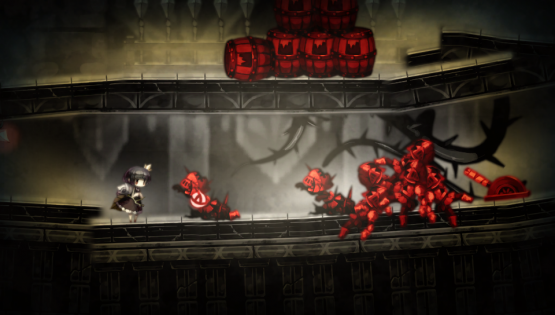 Most of the time, the solution to the puzzle at hand will be pretty obvious, but the sheer amount of time you will be retracing your steps battling the awkward physics engine can be really frustrating. There are relatively frequent autosave spots and you can fast travel to any of the previous rooms you have been to. But, unfortunately, this isn’t enough to make you feel at ease solving many of the game’s puzzles.

Both Rose’s and the rock giant’s jump is rather puny. In order to progress through the castle, you will be required to reach quite a lot of high places. Expect a lot of similar, not that engaging catapult puzzles and overall repeated puzzles with similar solutions and outcomes. The latter part of the game is where the puzzles start to shine, but, before long, the game ends. It ends up being quite a short ride, taking less than ten hours. 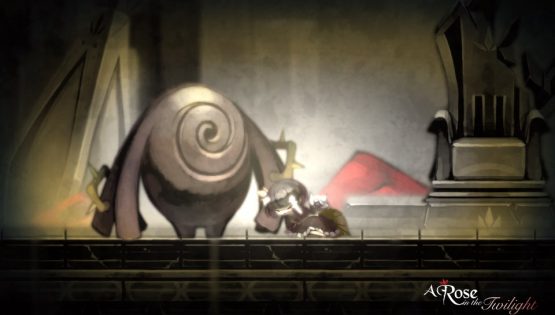 It should be noted that A Rose in a Twilight features some pretty disturbing scenes. The main heroine must go as far as to even offer up her own blood as a sacrifice in order to progress through the ruins of the desolate castle. These scenes can be pretty graphic and may trigger some people. Not to mention all the deeply grim stories about the castle and its history.

Considering its themes and atmosphere as well as frustrating gameplay, A Rose in the Twilight might not be for everyone, but there is some enjoyment to be found for the puzzle enthusiasts that enjoy more punishing gameplay and the game’s rather slow mechanics. Everyone else might find more enjoyment in titles like Yomawari or The Firefly Diary we covered previously.

A Rose in the Twilight is available on PlayStation Vita and Steam.