We had some idea last year, but Aksys have now confirmed their 2020 Otome games lineup for Nintendo Switch, and there’s something for everyone! Most of the titles below don’t have launch windows yet but we do know they’ll appear this year. If you’re new to Otome games, check out our beginner’s guide! 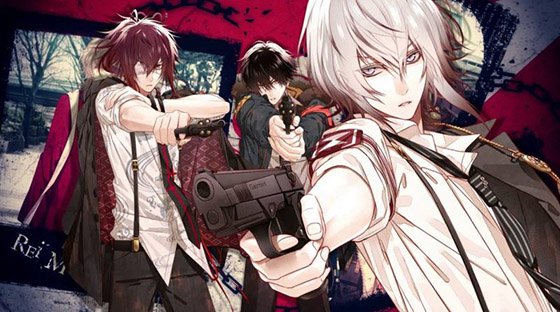 Aksys Games have confirmed the Otome games due out on Switch this year, and have given us the following release windows and a brief description of each:

The Code: Realize games explore the story of Cardia and her adventures in a steampunk version of Victorian England, where she encounters a cast of intriguing gentlemen based on characters from history and literature.

Heat up the summer with tales of a dangerous shadow organization spreading fear and violence in the city of Shinjuku, pushing society to the brink of chaos. Players assume the role of a young police officer tasked with restoring order. In a city bound by malice, you are the only hope for salvation! This Switch edition marks the first time Collar X Malice -Unlimited- will appear in English.

Piofiore: Fated Memories follows the adventures of Lily, an orphan caught up in the struggle between Mafia organizations in Italy just after the First World War.

Shenanigans ensue in Cafe Enchante when a young girl inherits her grandfather’s eatery only to discover that none of the patrons are human.

We’ll keep you updated when we learn more about firm release dates for these titles, but it’s great to finally get some idea of when we’ll be able to get our hands on them!

Which Aksys Otome game are you looking forward to most?

You can pre-order Code Realize ~Guardian of Rebirth~ here!