If you’ve picked up Animal Crossing: New Horizons recently, you’ll probably be at the point where you’re waiting for Blathers to officially open his museum, unless you time-travelled. During this process, you’re unable to hand in any creatures to Blathers, which has led to players filling their island with a ridiculous amount of boxes.

One of the first things you’ll do in Animal Crossing: New Horizons is to start catching creatures and handing them in. Eventually, you’ll gain access to Blathers, the wildlife expert, who also happens to be terrified of bugs. He’ll require a few more creatures from you, and then he’ll get to work on the museum. During this phase, he goes away for around 2 days, and there’s nowhere to store your creatures that are waiting to be handed in.

Players have turned to storing those creatures outside their homes, and it’s starting to take its toll on them. Some people have got an insane amount of creatures to hand in. The museum takes 2 days to build, so as of writing this, if you started playing on release day, you could have your museum done today. 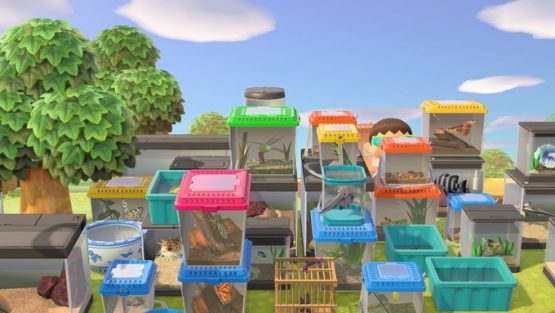 blathers talking to tom nook: is that so? there’s bountiful wildlife on the island you’re on and your representative has gathered them for me? well, ill be over tomorrow then!
blathers the next day seeing the 80 live fish and insect specimens placed directly in front of his tent: pic.twitter.com/3VIN7yN361

blathers please i have much science for you pic.twitter.com/9AxkDEgHc8

blathers in a few hours when everyone goes to hand him the huge pile of collectibles theyve grinded #AnimalCrossing #AnimalCrossingNewHorizons #ACNH pic.twitter.com/e85pcfhoUs

Let me in Blathers pic.twitter.com/Cx7vBB5mm0

How long does it take to build the Museum in Animal Crossing: New Horizons?

The museum should be built two days after you give Blathers enough creatures!

Are you waiting on Blathers?

How To Get Iron Nuggets In Animal Crossing New Horizons
Recommended Products from our Store: