Atelier DX Trilogy is Coming to PS4 and Switch

Gust and Koei Tecmo have revealed a lovely little surprise today in the form of the original Atelier PS3 trilogy, which consists of Rorona, Totori and Meruru, being re-released on PS4 and Switch in both physical and digital forms. Each game will come with its full soundtrack and a bunch of DLC. 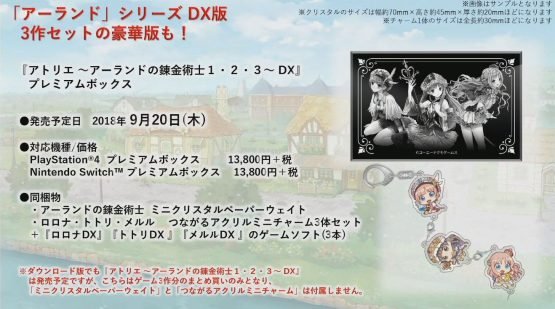 Hopefully we’ll see an official announcement of the Atelier DX trilogy coming West soon! I’d be super happy if the Dusk trilogy made it to Switch and PS4 too.