It may be the second entry in the Mysterious series of the Atelier games, but Firis might be the biggest shake up of the series yet. It makes up yet another entry in Koei Tecmo’s 2017 line up that’s adding interesting twists and innovations on their long-held and solid formulas. This will be a big year for Koei Tecmo without a doubt.

Firis is all about openness. The small, segmented maps and areas you’re used to from prior entries in the series now give way to huge, sweeping environments, packed to the brim with nooks and crannies to explore. It’s the Skyrim of the Atelier series. Towns and settlements can even be found dynamically within these huge areas. Gathering is more than just running back and forth over the same area, it’s something you do while travelling. It’s alchemy without borders — Alchemy Sans Frontières. 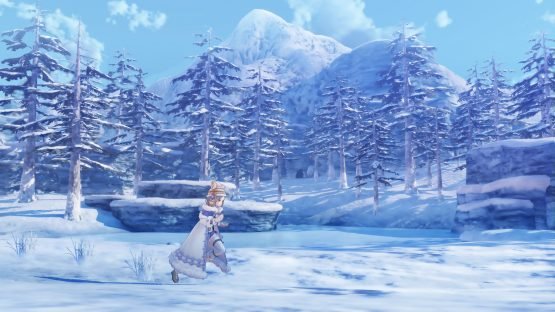 That’s because Firis is much more about the journey than previous Atelier games. There is no hub town, instead you have a magical tent you can pop up at any of the numerous campsites scattered across the land. This urges you to push on to new ones like little checkpoints dotted around the map, and makes it easier than ever to pop into your little base and whip up something you need for a quest or some provisions without having to feel like you’re going all the way back the way you came. 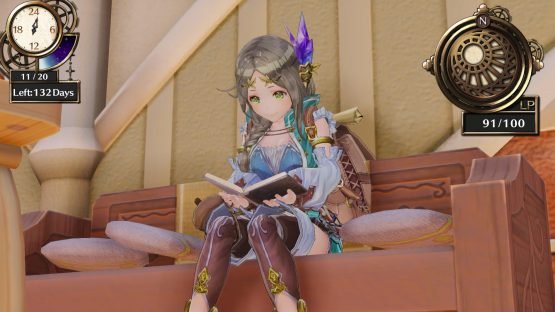 Having a larger playspace doesn’t really ever feel overwhelming.

After being inspired by Sophie, Firis sets of on her own quest to become an alchemist along with her sister, Liane. To do so she must pass the alchemist entrance exam in a city on the complete other side of the map. To do THIS she first needs three recommendations from already practicing alchemists. The game gives you a (so I’m told) generous 365 days to get this done — though we’ve been told this is just the first step of Firis’ journey. 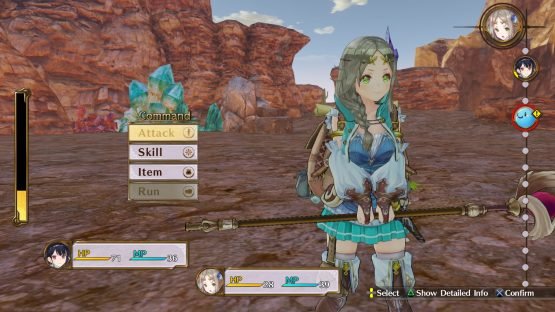 Having a larger playspace doesn’t really ever feel overwhelming. It all feels very natural, stumbling upon caves and goodies off the beaten track. Conversely, exploring away from the literal path will often be more dangerous — running away from vastly more powerful enemies has never felt more like your own fault for stumbling foolishly into its den. Weather plays an element in the maps too. Exploring during a foggy rain, for instance, will add fog to your mini-map, vastly restricting your ability to spot gathering materials and enemies from a distance.

Because of the larger scope, you’re picking up more ingredients than usual, so your initial basket sizes seems somewhat larger than you’d usually have at the beginning of the game. Similarly, you’ll find yourself picking up more tasks and sidequests just by exploring as you travel the huge world. It all runs fairly impressively on PS4, with only a little bit of slowdown in the huge areas we took a look at. Visually speaking it’s still as gorgeous as you’d expect from Gust. Sophie may take some replacing, but Firis is an interesting character – sheltered and exploring this huge new world for the first time, just like we are. 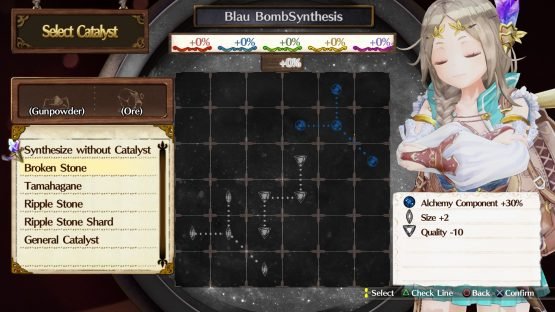 Mechanically, Atelier Firis takes a lot of queues from Sophie. The excellent Tetris-like alchemy system returns, and the combat is quite similar, with some minor tweaks.

It’s breathtaking how new Atelier Firis feels. I had to keep pausing the game to look at the map to say “wow, it really is a lot bigger isn’t it?” out loud. It had to happen some day and this is it — a bold new step for Atelier games, and one giant leap for Gust, providing the overall game’s format and structure continues to work with the exciting new improvements on offer.