Idea Factory have announced the release date for Azur Lane Crosswave! The 3D action shooter will release on slightly different dates depending on where you’re based. It was also announced that Neptune from Neptunia will be available as a free download for a month after release. 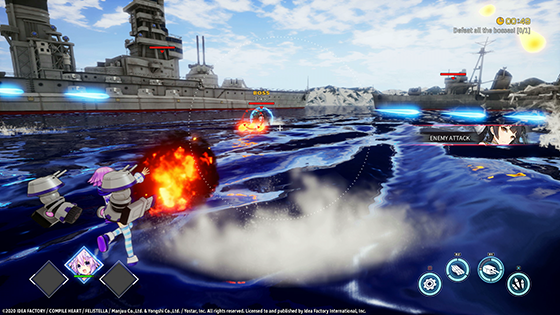 Azur Lane Crosswave releases physically and digitally on PS4 on February 13 in North America, and February 21 in Europe. The Steam version of the game will launch on February 13 with Japanese, English and Chinese subtitles. There’ll be a week-long 20% off on Steam on the game and Deluxe Pack, which includes PC wallpapers, a soundtrack and a desktop theme.

Azur Lane Crosswave joins UNICLR and One Punch Man with a February release, you can view our 2020 video game calendar here!

Will you be picking up Azur Lane Crosswave?