Amidst the slew of recent anime announcements came the delightful information via Twitter that a Ten Count anime adaptation is on the way in 2020! It doesn’t seem like that often that BL manga make the jump to anime, so this is kind of unexpected but very welcome news!

There’s nothing of the Ten Count anime in action just yet, but an official website has been launched and a brief teaser trailer has been released. I can’t wait to hear more about who will be working on the series and get a glimpse of how it will look!

Rihito Takarai’s Ten Count manga recently saw the release of its sixth and final volume in English from SuBLime Manga. Here’s their overview of the story:

Corporate secretary Shirotani suffers from obsessive-compulsive disorder. One day he meets Kurose, a therapist who offers to take him through a ten-step program to cure him of his compulsion. As the two go through each of the ten steps, Shirotani ‘s attraction to his counselor grows.

It’s an excellent story with beautiful artwork, and I’d highly recommend reading the manga in the wait for the TV anime. It’s certainly nice to have some more Ten Count content to look forward to with the manga finished now though! 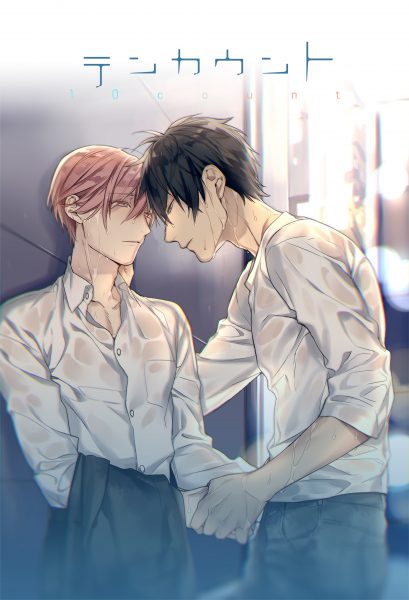