Our first look at the BlazBlue: Cross Tag Battle collector’s edition is here, and a fresh look at the English dub thanks to a brand new trailer! Persona, BlazBlue and RWBY feature their original voice-actors and actresses from their respective games and anime.

Check the trailer out below, clocking in at a little under three minutes. Thanks to Siliconera for securing a copy of the trailer. You get a proper look at how Under Night In-Birth sounds in English, too.

It’s so nice hearing from the Persona 4 group once again. Yu and Yosuke are ultimate tag-team! The collector’s edition, which is currently only confirmed for North America, comes with a steelbook, a 52-page artbook, a 15-track soundtrack, and acrylic standees featuring Yu, Ragna, Ruby and Hyde. Fingers crossed this comes to the UK! 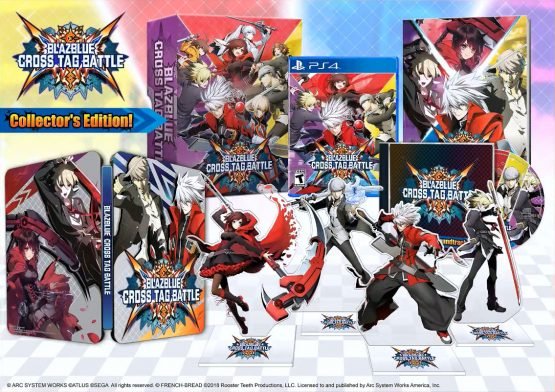 BlazBlue: Cross Tag Battle releases this Summer in the UK via PQube, and on 5th June across North America.