It’s finally here! BlazBlue Cross Tag Battle launches today on PlayStation 4, Steam and Nintendo Switch in Europe; digitally on all three and physical for Playstation 4 and Nintendo Switch! That’s right, the wait is over, and Europe can now get online and bring the fight to the other regions.

In case you missed it, BlazBlue Cross Tag Battle is a brand-new fighting game bringing together the popular world of Arc System Work’s BLAZBLUE with French Bread’s Under Night In-Birth, Atlus’ Persona 4 Arena and, for the first time in a fighting game, Rooster Teeth’s RWBY.

It aims to close the gap between beginners and veterans by having both simplified inputs for specials and combo strings, with plenty of advanced techniques and mechanics to satisfy the hardcore crowd. Visually it’s a treat too, combining smooth gameplay and incredible graphics, with freshly-designed and updated sprites. 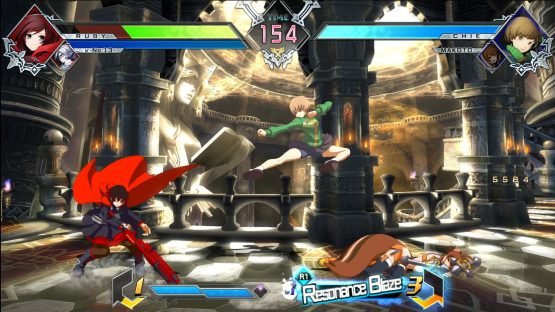 BlazBlue Cross Tag Battle is available now on Playstation 4, Steam, and Nintendo Switch! If you’re considering taking the plunge, why not check out our review here, or take a look at the Europe Collector’s Edition here on PS4 or here on Nintendo Switch.