PQube and The Gentlebros have announced that Cat Quest II is coming out this autumn! As well as appearing in the Nintendo Indie World showcase today, the game has a brand new trailer showing the gameplay. Check it out below:

Here’s an overview of the game from the PQube website:

CAT QUEST II is a 2D open-world action-RPG set in a fantasy realm of cats and dogs. Under threat from a continuing war between the cats of Felingard and the advancing dogs of the Lupus Empire, CAT QUEST II tells the tail of two kings, brought together against their will, on a journey of paw-some discovery to reclaim their thrones.
Play as both a cat and dog as you explore their kingdoms solo or with a friend! Quest in a world filled with magic, curious monsters, and go on a catventure like never before!

If you want to catch up on the first Cat Quest, it’s got 60% off as part of the PQube Publisher Sale currently running on the Nintendo eShop. 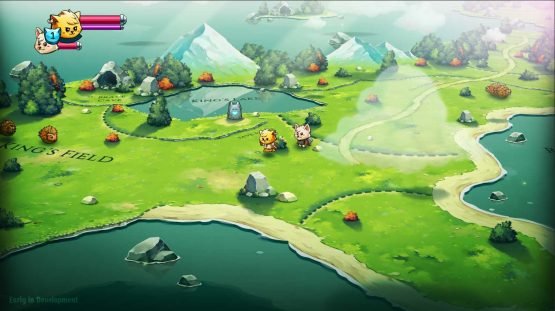