I’d been meaning to play the original Catherine for a long while, and what better time to finally see what it’s all about than the polished and expanded version of Catherine: Full Body? It’s a weird, wonderful, and certainly wild ride.

Catherine: Full Body is as unique a game as I’d expected, but my previous expectations of it fell short on just how much so and how charming it is. Its storytelling flicks between comedy and suspense so masterfully that you can go from laughing at the ridiculousness of it to being on the edge of your seat in a matter of moments without it ever feeling like a jarring change in mood. For all its oddity and silliness, it can also be surprisingly profound. It’s an engaging narrative with a cast of flawed yet still likeable characters and some interesting twists and turns.

In addition to the strong core cast, there are many fascinating side characters in Catherine: Full Body, each with enough depth and drama of their own to make you care about what happens to them, even when they spend a good portion of the time as oddly accessorised sheep. I was pleasantly surprised how much detail was given to characters outside of Vincent’s main group of friends, and seeing each side character’s story through to its end was one of the big motivators for going through the game again and again for me. 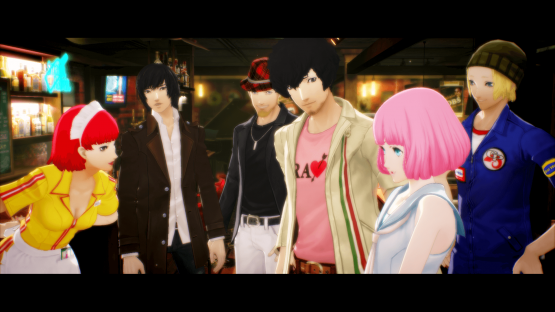 This worked so well because of the limited time you have in the bar each night, with the clock ticking on each time you sit to talk with people. It’s a good incentive for multiple playthroughs to see how things change when you switch up how you spend your time as well as choose different options. Similarly, taking on the puzzles once you’ve mastered better ways of climbing is another enjoyable perk when replaying.

The block puzzles that make up the bulk of the gameplay somehow don’t get stale, and you can take different approaches to them using the climbing techniques you pick up throughout the game to aim for a higher prize at the end or just to mix things up. The game’s wide selection of difficulties as well as the options for Classic or the newly introduced Remix gameplay provide a good amount of variety too. 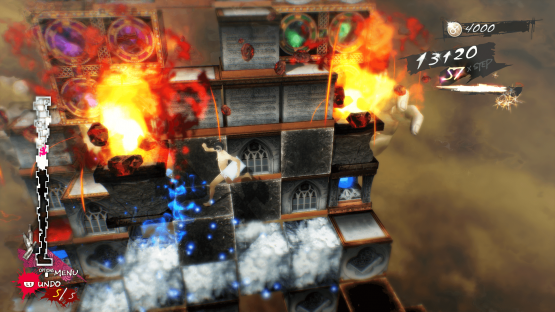 While the game may railroad you more during the story sections (you can only even freely move around in the Stray Sheep for one thing), the nightmare puzzles are a wide, open space where you’re pretty much free to progress however you wish, right down to which treasures you aim for and which items you use. You can only carry one item at once, but there are enough opportunities to pick them up that this isn’t much of a problem, and you can buy from a small selection on the Landings between puzzle floors. All of the items are useful in their own way too, which limits the feeling of any dud pick-ups.

The way new mechanics are introduced in the nightmares is well done. There are never too many at once, and the game doesn’t feel the need to constantly throw every trick up its sleeve at you simultaneously in order to make things harder. For example, after the ice blocks are introduced, you’ll go a while without seeing them before things are combined for the really tough rounds. Similarly, the new Remix version is a good way of changing up the block puzzles, introducing Tetris-style multi blocks in a variety of shapes and sizes that frequently help or hinder you in equal measure. 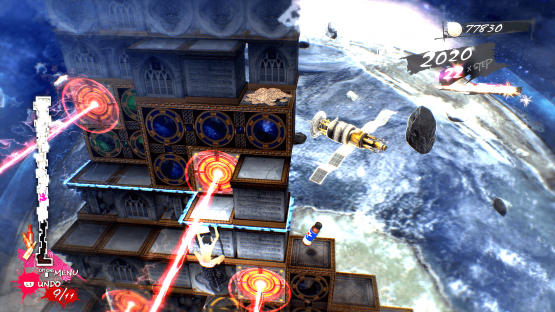 It’s clear to see how to get onto Rin’s route, so it’s just as easy to avoid it for an experience closer to the original as it is to make a beeline for the route’s new content. Rin is quite integrated into the story, but her story is more a whole separate arc than an attempt at shoehorning a third option into the Catherine-Katherine push and pull that runs throughout the game. This is both a good and a bad thing, as while she doesn’t detract from the original set-up, she also never fully feels like she belongs. She’s also a very sweet and innocent character, which is an interesting addition in a game full of characters with often dubious morals. 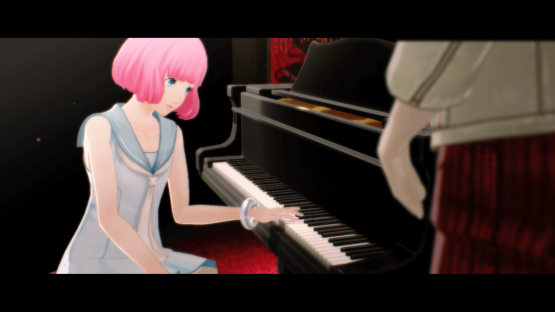 Unfortunately, while the game has lots of choices to make to put you on the path to any of its large number of endings, lots of the story remains the same and can get a little repetitive as you strive for a different outcome. There are new scenes sprinkled here and there, but it’s mostly just occasional lines of Vincent’s inner monologue that change, with many scenes ultimately playing out the same way. The story is enjoyable as it is, and Rin’s route does provide a change of pace, but it would have benefited from a little more variety between routes.

Outside of Golden Playhouse, which is the game’s main story mode, there are also opportunities for extra challenges in Babel, a tough, 4-stage mode that really puts your skills to the test. You can play Babel as a local co-op mode too, which is great fun and makes you re-evaluate how you play when you can’t look out only for yourself. On the other hand, the Colosseum lets you go directly against another player through the levels from Story Mode in an exhilarating, chaotic contest to three points. The matches are short and sweet, which makes them very moreish, and it’s nice to have the option to play either with or without items. Both co-op and versus are available online, but I can’t comment on how well they work out. As local multiplayer options, however, they are excellent, addictive bonuses that are definitely worth giving a go. 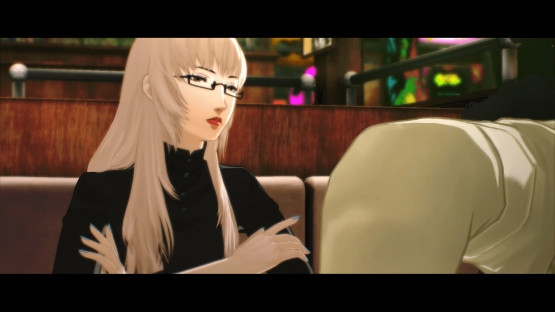 As to be expected of a game with the Soejima and Meguro combo, the visuals and sound of Catherine: Full Body are incredible. The character designs are striking, and the soundtrack will get stuck in your head for days. Both the audio and visuals benefit from a few tweaks new to Full Body too, with the jukebox in the Stray Sheep allowing you to play a variety of recent Persona tracks and little shoutouts littered around which are fun to keep an eye out for.

All in all, Catherine: Full Body is a game brimming with flair and there’s nothing quite like it. If you haven’t played the original, then you should definitely check out Full Body, but there’s a lot of new content for returning players to enjoy, both in terms of story and gameplay, too. It really is the full package!

Thank you to Sega for providing a code for this review!

Get A Look At The New Phantom Thief In Persona 5 Scramble
Recommended Products from our Store: