Have a watch of this Resident Evil 3 Remake gameplay that has been released via the latest CapcomTV broadcast! Whilst we wait for the incoming demo, this is the best we can get at a look at the game. It’s safe to say it certainly takes elements from the RE2 Remake! 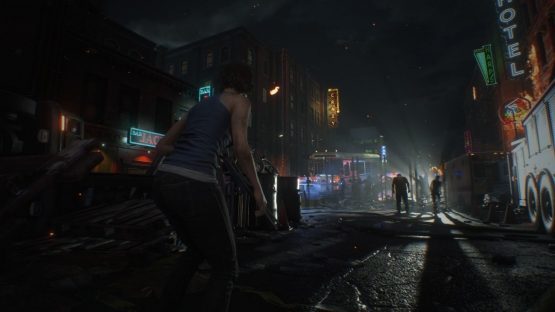 Perhaps the most interesting part of the gameplay demo was the use of environmental objects to cause damage to zombies. The player electrifies a puddle of water to stun enemies, and also explodes a barrel to do huge damage to surrounding enemies. Although early reports say that the game is much more action-orientated than RE2, it doesn’t seem that way from this initial gameplay. That’s not to say the game won’t evolve over time however.

It’s a busy period for games! Is RE3 on your wishlist?