A new gameplay video for Kingdom Hearts III has come out of TGS 2018, and it clocks in at almost 40 minutes! The creepy doll appears around 22:50, and much of the gameplay takes place in Toy Story’s world. There is an entertaining Frozen sledding section towards the end, too. 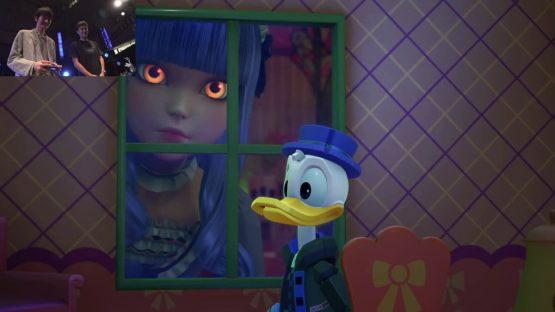 Check the gameplay out below! The doll looks eerie with her glowing eyes, but she has a great design, and the boss battle itself looks like a bunch of fun. Final Fantasy VII vibes from the sledding, anyone?

Kingdom Hearts III releases on PS4 and Xbox One in the West on 29th January, 2018, and four days earlier across Japan and Asia.

Cover Yourself In Final Fantasy VII Remake Merch While You Play
Recommended Products from our Store: