Chess of Blades is on Kickstarter!

Oh, to be a nobleman! It truly is a wonderful way to live. Exquisite finery is forever at your fingertips. Delicious food and fine wine are delivered to you in abundance, thanks to helpful butlers and… Well, the butlers aren’t all that helpful, to be honest, not when they pawn off children on you to babysit. Still, at least the other nobles are pleasant enough to… Franz, back off, you pervert! Also, what did that Grand Inquisitor just call me?! Someone needs to take the stick out of that guy’s ar- Ahem. Anyway, at least the parties are exciting! …What’s that? Someone’s trying to kill me?! I take it back! The life of a nobleman isn’t wonderful, it’s utterly infuriating, not to mention deadly!

These are just some of the problems that plague our sceptical protagonist, Rivian Varrison. He stars in the latest boys’ love game to come from Argent Games, Chess of Blades. In it, he must contend with a threat against his life and three handsome bachelors battling to get inside his pants! It is vitally important that Rivian watches his back, keeps his wits about him and plans his moves carefully. This game not only puts his relationship status on the line, but his life too!

Chess of Blades plays in the form of a visual novel, which means the game is comprised of a selection of textual choices that allow you to progress through the game. For those of you unfamiliar with visual novels, think of the ‘choose your own adventure’ books and place them within a digital format. The result is a riveting, 2D narrative-based game full of beautiful artwork by the talented Mizu, along with an intriguing plot brimming with romance and mystery. To make Chess of Blades even more special, Argent Games have also hired voice actors to help bring their characters to life! There is also some beautiful orchestral music composed by Alec Sievern to take us into a world of Victorian grandeur.

The king is having a huge birthday celebration! Five days of dancing, festivals, and drinking, culminating in a grand masquerade ball. It just so happens that Rivian Varrison, the introverted son of a famous nobleman, is forced to attend this giant event by his father.

By chance, or maybe something more deliberate, he runs into a host of colorful and shady characters, all with their own stories to tell. But when a sudden and mysterious crime happens on the second day of the celebration, Rivian finds himself thrown into the middle of it, and has to discover the truth behind what really happened — and who the people around him really are. 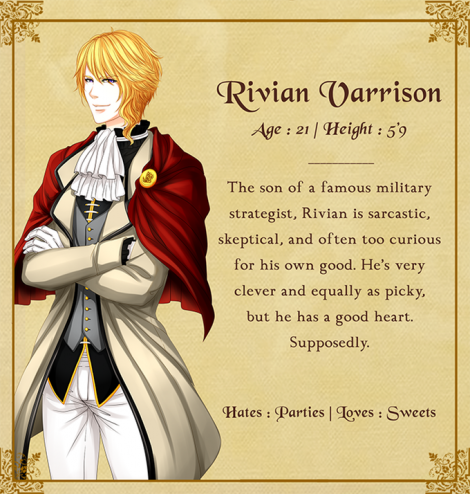 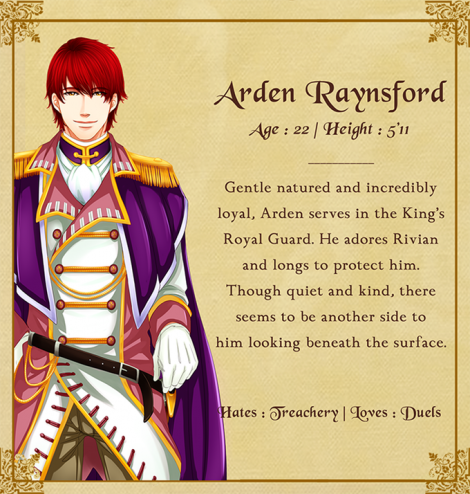 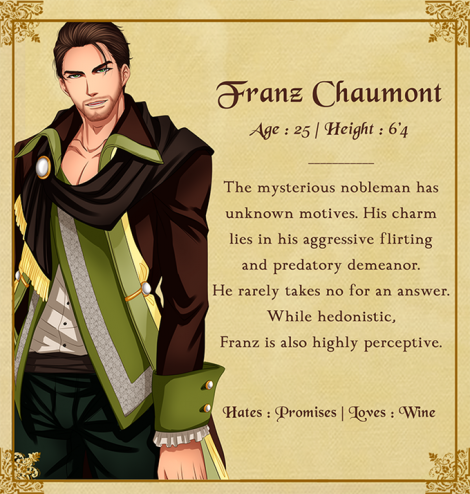 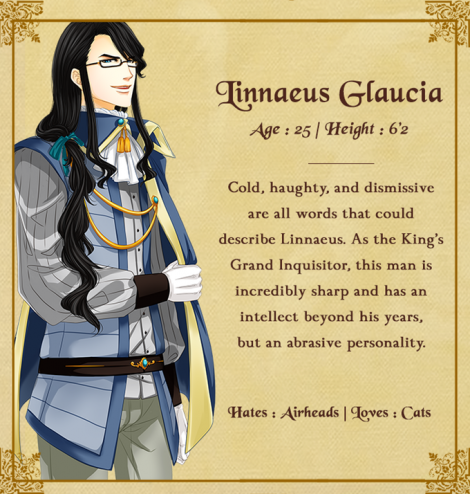 Chess of Blades is currently on Kickstarter and is in need of your help to become fully funded! Backers are treated to a wide variety of rewards, including their name in the credits, fanart, digital art books and even the ability to work with the developers to create custom-made scenes. If you are unsure on whether this game is for you, I recommend you download the demo to get a taste of what this game can offer! A release date is planned for Fall 2017, so with only nine days left of the Kickstarter to go, let’s show our support for this project and make sure it gets fully funded!