Ciel Fledge: A Daughter Raising Simulator is pretty much what it says on the tin. Similar to the Princess Maker series, your job is to raise an adopted daughter from a child to an adult, all within a sci-fi future Earth setting. We recently got an hour of gameplay footage to dig our teeth into.

Check out the gameplay here:

The game opens with a little bit of a backstory as to what’s happening, you can then pick your name and background, which will effect certain stats and playtime. Next you get to focus on a skill, which I assume give you a boost in your choice – the options include spiritual, charm, strength and more. Your previous occupation is also important to give you an extra stat increase before the game starts. The last thing to do during the intro is to name your daughter, which you should almost certainly do to create that real bond, you know?

PQube were keen to point out the soundtrack of the game, which features plenty of ‘fruity bangers’ – and I can agree, the music is actually quite nice.

The meat of the game involves scheduling the week for yourself and your daughter, including work, meals and other activities, which you’ll unlock more of as you progress. Everything you do will of course effect your daughter’s stats, from things like height and weight to ‘social’ and ‘logic’. Public holidays take place on certain days, which will affect the story, and change the activities you can do on certain days. It does seem important to let your daughter rest during the week to avoid her stamina becoming too low and getting ill – so there’s a lot to think about during the planning of a week. 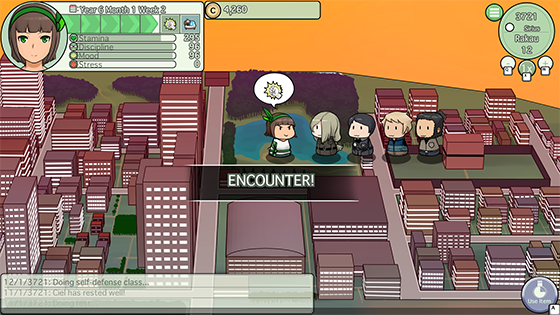 Throughout the game you will encounter different story events, which certainly have visual novel elements, and introduce you to various characters including your daughter’s friends. These encounters will increase your daughter’s relationships with the characters in the world and eventually you can level up her friendships.

There’s a lot of depth in the game, there are plenty of menus for you to explore which hold a lot of important information, one of which is the technique menu, which allows you to add various techniques to slots that allow you fulfill activities. The status screen shows your daughter’s stats and condition, and the Focus Tree screen shows the various focuses you can unlock as you progress. The mailbox is a nice touch that adds some lore to the world, if that’s your thing. 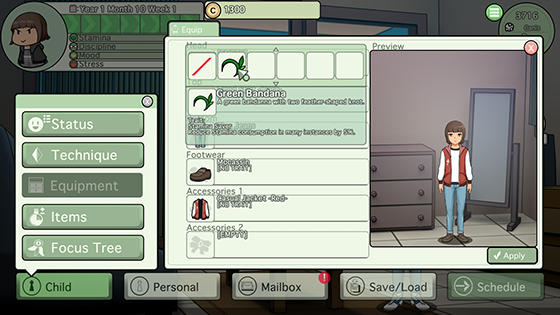 There are 3 types of battles within the game: Quiz, Score and Fight, and the system seems to be a deck-based battle system that makes use of the techniques you assigned. At first this seems complicated but there’s a nifty in-game tutorial that will run you through what you need to know. Battles will appear during various encounters, and they’ll cost stamina to accept. 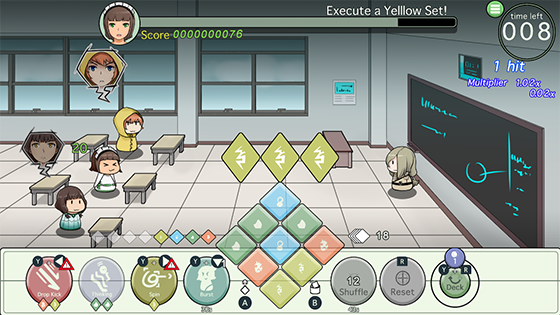 According to the folks at PQube, this is a meaty game, coming in at around 50-60 hours, as well as multiple endings depending on choices you make and how your daughter is raised. I can’t wait to test our parenthood skills out on this one, and confirm to myself that I am absolutely not ready for a child yet. I’ll stick to the simulators.