City Shrouded in Shadow Over 30 minutes of Gameplay

Disaster Report was an interesting take on the survival horror genre. Instead of running away from monsters out to get you, you were escaping from mother nature itself as you made your way through a crumbling city. City Shrouded in Shadow takes this idea to a whole new level.

You play as an everyday Joe, while making it through the rubbles of the town devastated by attacks from giant creatures. The game will feature giant monstrosities from various popular shows including Godzilla, Ultraman, and Evangelion.

Youtube user 牛沢 posted over 30 minutes of gameplay on his channel:

The game will be released in Japan on October 19th, exclusively for the PlayStation 4. A Vita version was in the works, however, it was canceled earlier this year. 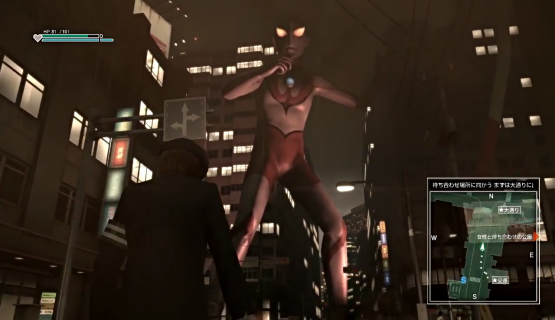 The game is made by Granzella Inc. The company behind this title is made up of ex-Irem employees, the same people who worked on the Disaster Report series.

If you missed out on the original trailer you can catch it here.