Publisher Aksys has announced the first of popular otome visual novel Code: Realize‘s fan discs, Code: Realize Future Blessings, will be coming to Nintendo Switch in the west in spring 2020! That’s not long after the first game, Guardian of Rebirth, releases in February!

Code: Realize ~Future Blessings~ is an action-packed fan disk, filled with the stunning artwork and intriguing mysteries that the Code: Realize series is known for. Reunite with the poison-skinned maiden Cardia, her handsome friends, and the new perils they encounter in an alternate steampunk version of 19th-century London, now on Nintendo Switch for the first time ever.

The story begins with the main character, Cardia, isolated and alone in a mansion on the outskirts of a 19th century steampunk version of London. A victim of a mysterious affliction that makes her blood a virulent poison and her touch instantly lethal, Cardia is shunned as a monster.

Through a number of events both grand and seemingly insignificant, Cardia is pursued by the Royal Guard, kidnapped by the gentleman thief Arsene Lupin, and joined by myriad other handsome figures out of the best of western literature. With her newfound friends (and suitors) Cardia ventures out in the world to unravel the mysteries surrounding her very existence.

This surge of otome games coming to Switch is excellent! I highly recommend the Code: Realize series too. The Code: Realize games are already avaiable on PS Vita and PS4, but the Switch seems like a great home for visual novels, so it’s nice to see them there as well. 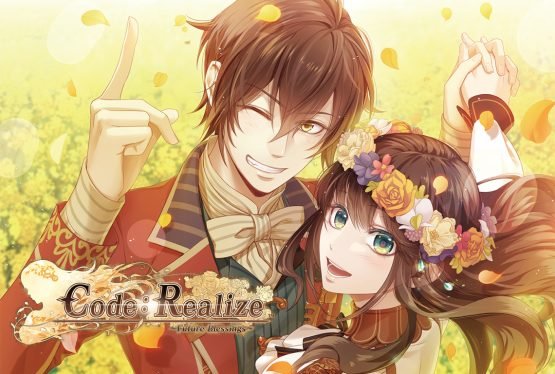 Guardian of Rebirth is getting a lovely Collector’s Edition for its Switch release, so I wonder if we’ll be seeing something similar for Future Blessings too. Give me all of that otome game goodness! 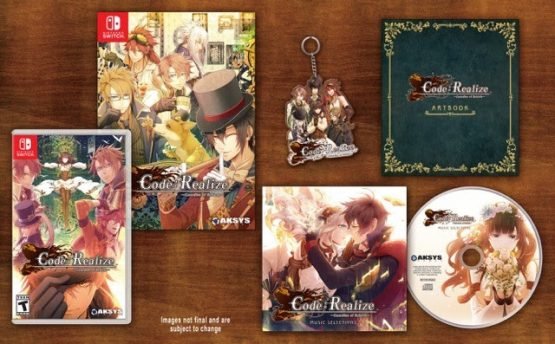 Code: Realize Future Blessings releases for Nintendo Switch in the west in spring 2020.