Arc System Works announced an awesome 2D action game that features characters from a lot of their franchise. Think Smash Bros but a co-op action game. Code Shifter is being released on January 30 in Japan on PS4, Xbox One, Switch and Steam, with a Western release coming ‘soon’.

Code Shifter is a new 2D action game from Arc System Works featuring characters from BlazBlue, Guilty Gear and River City, in fact, there’s over 100 of them. Code Shifters also features a brawler mini-game for up to 4 players, and a similar mode that allows you to unlock extra characters for the main story mode. 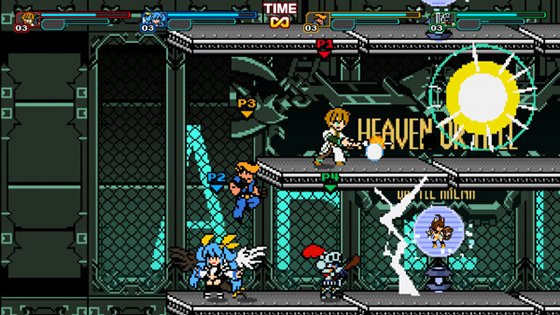 The game revolves around a programmer at a software company entering their own code to fix problems within the program.

Our Picks From The Nintendo Christmas Sale
Recommended Products from our Store: