Code Vein has appeared out of nowhere again! We hadn’t forgotten about it, regularly asking Bandai Namco about it whenever we have seen them, and so we were excited to be invited to a press day to play a brand new build of the game. Not only that, but we were teased an upcoming Code Vein network test.

The closed network test will allow players to create their own character, play through the opening segment of Code Vein, and play through an online co-op dungeon. 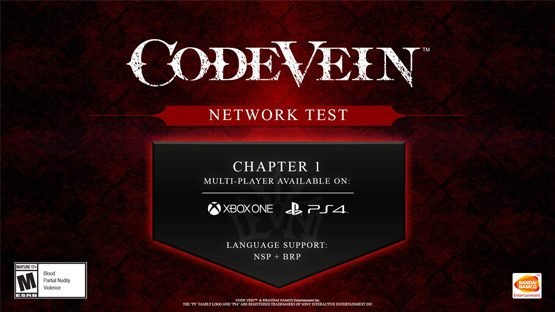 As I said before, we actually had the opportunity to play it, and we have embedded the video below. It is essentially the tutorial dungeon at the beginning of the game, complete with me showing how bad I am at these games despite loving. We will have a video preview of what we thought about our time with the game later this week.

We really enjoyed our time with this game (as you’ll see in our preview), and can’t wait for the full game. But, are you excited for this game? Will you be signing up for the Code Vein network test? Let us know in the comments, or on Facebook and Twitter, and check back for more coverage of Code Vein and other Japanese games.