The highly-anticipated anime-style Souls-like Code Vein is out today on PlayStation 4, Xbox One and PC! Bandai Namco has also released a launch trailer. Check it out in all its vampiric, action-packed glory below:

In The Face Of Certain Death, We Rise

The world as we know it is gone. At the center of the destruction lies a hidden society of Revenants called Vein. Those who remain fight for survival by acquiring Gifts of power in exchange for their memories, and an ever-increasing thirst for blood. Give into the bloodlust fully and risk becoming one of the Lost; fiendish ghouls devoid of any remaining humanity who wander aimlessly in search of blood. Team up and embark on a journey to the ends of hell to unlock your past and escape your living nightmare in CODE VEIN.

– Team up with a cast of AI characters, each with a unique plot and fighting style.

– Take on quests with your friends in online co-op

– Customize your character, from appearance to playstyle, to fit the way you want to play.

– Choose from dozens of unique “Gifts” that can increase your strength, weaken enemies, or cast powerful attacks.

– Become a master of combat: dodge, parry, and unleash combo attacks your foes.

– Take on challenging bosses with a myriad of combat options.

– Switch your build at any time. Choose from numerous Blood Codes and expand your techniques.

– Challenging gameplay that will test your abilities as you face hordes of the Lost.

Code Vein is here at last! How exciting! Good thing we had time with that demo to tackle what might be the game’s biggest challenge of all: making a character! It’s staggering how many options there are, so it’s easy to lose time just messing around on the character creation screen. Now that we’ll be able to migrate previously made characters over from the demo though, we can jump right in to the game proper. 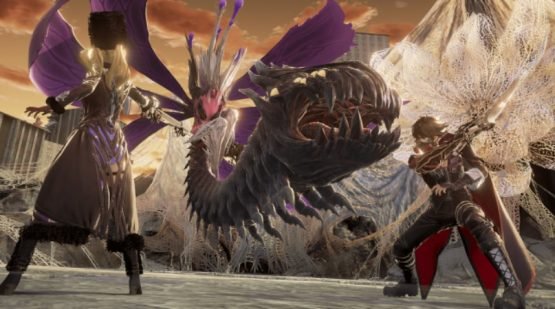