The Coma 2: Vicious Sisters Releases Fully on January 28 on PC

Headup and Devespresso Games announced today that The Coma 2: Vicious Sisters will be coming out of Early Access on January 28 on PC. This is a Korean story-driven survival horror game that is a sequel to The Coma: Recut. The story is by T.L. Riven and features art from Minho Kim. 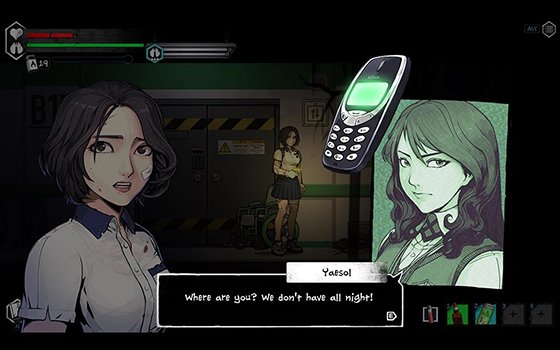 The game has been reviewed very well on Steam during it’s Early Access period, with 98% positive reviews, 40% of which overwhelmingly positive. If you did play the game during Early Access, fear not, there will be new surprises and plots in the full release that weren’t available during the Early Access period.

Check out the trailer here:

Here’s a rundown of the game from the press release:

Mina Park, a student of Sehwa High, awakens in the dead of night in her school. She soon realizes that something is amiss. The once-familiar school where she spends her evenings studying looks twisted and changed. She finds herself pursued by someone or something that looks eerily like her English teacher. To survive, Mina must venture beyond the boundaries of her school and into the surrounding district. There, she will encounter strange creatures, mysterious strangers, and uneasy allies.