Could Super Mario Odyssey be a Donkey Kong Prequel That Completely Changes How We Think of the Franchises?

Mayor Pauline, a Donkey Kong musical reference, New Donk City. The city area in Super Mario Odyssey has many references to the original Donkey Kong game and the Donkey Kong series. But perhaps it’s more than a knowing nod? What if Odyssey is actually a prequel that’s rewriting the way we think of both series forever?

“Jump Up, Super Star” is a musical piece that featured in the latest Super Mario Odyssey trailer. At about 1:25 the music changes up into what is a clear musical reference to the very first Donkey Kong. This is from a trailer for the whole game, not just the New Donk City area. Perhaps Donkey Kong will play a bigger role in the title than we first realised. When you start to think along these lines, the dark secrets of Super Mario Odyssey begin to become painfully clear.

Pauline, who Mario (then known as “Jumpman”) had to rescue from Donkey Kong in the Arcade game, has been revealed as Mayor of New Donk City. But what if this isn’t simply something she’s achieved since that game? What if her mayoral title is what made her a target for Donkey Kong in the first place? Odyssey may be retelling the events of this origin point for the characters. 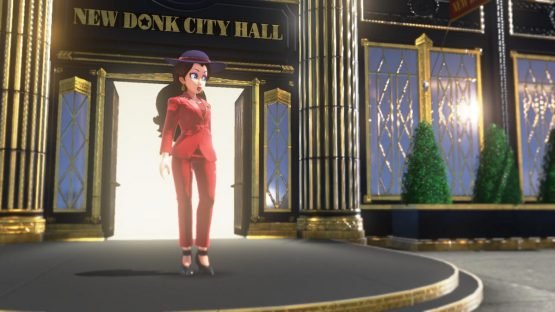 Pauline is the world-renowned Mayor of New Donk City. Her commitment to peace means she has strong support from her citizens. (x)

We’ve all known for a long time that Mario gets a portion of his “Super Mario” powers from his hat. Many of his power-ups revolve around donning a new cap, but simply removing his hat can hinder him greatly. In Super Mario 64 he can barely move without his trademark monogrammed headgear, and in Super Mario Sunshine his health with actively fall without it. 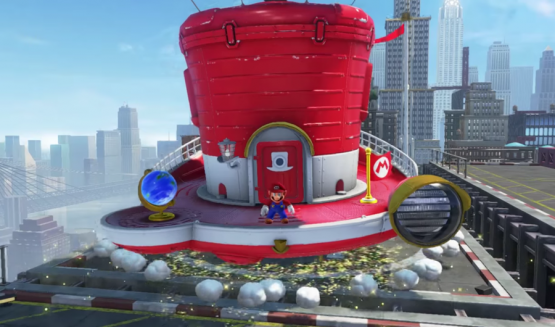 Mario’s cursed house, marked by his flag, flitters between universes. As the Donkey Kong incident grips the city, Jumpman stumbles upon it, and the contract is signed.

We’ve seen in Super Mario Odyssey that the cap can be used to possess objects and other living beings. A popular fan theory is that Mario himself is truly the hat. Perhaps it’s a willing exchange of power? Perhaps a poor plumber named Jumpman, down on his luck, agrees to sign over a piece of himself, a bargain made to call upon the powers necessary to save his beloved mayor when a certain ape goes on a rampage…

In later games the hat (named Mario) may have become permanently fused to Jumpman — in effect becoming the true “Mario” we all know today, purely controlled by the hat, the plumber he’s attached to now certainly a brain dead husk. But the early days of the pact allow Mario to still possess other things beyond his portly Jumpman host. 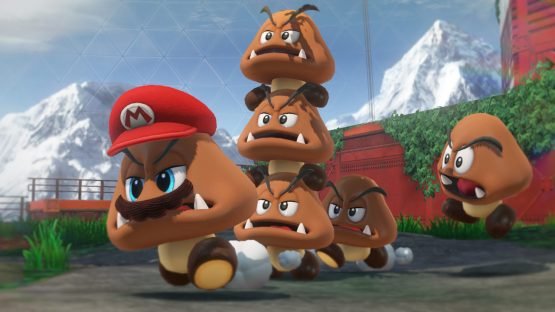 Mario has yet to fully assume Jumpman’s form, so is still able to possess other hosts in Odyssey.

But if it’s a prequel, why is the city called New Donk City, and the streets named after Donkey Kong characters? Perhaps we’ve been thinking about it the wrong way round. This nameless ape, capturing the mayor of the city and holding her hostage, would later become known as “Donkey Kong” — named after the city in which the incident took place, combined with a reference to King Kong (a movie that exists within the universe).

Over time the city would change its name to “Big Ape City” among others, in order to separate itself from the painful incident, and to help change the perception of the at-the-time misunderstood Donkey Kong. After all, Pauline eventually goes on to make guest appearances in later Mario vs Donkey Kong games as a friend of them both. Perhaps this also finally explains why the original Donkey Kong eventually becomes Cranky Kong, and Mario remains “ageless”. Mario has been keeping Jumpman alive in peak form for a long time. 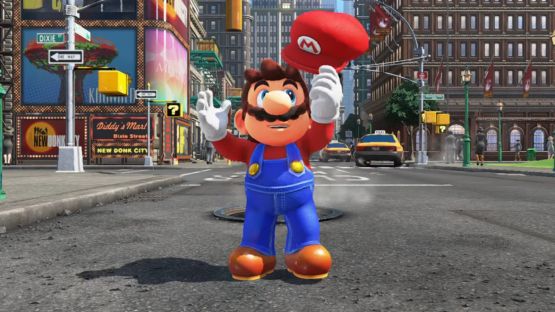 Jumpman stares at Mario in fear. He knows the cost of the power he holds in his hands, can feel it gnawing away at who he is every time it cradles his head. The allure is irresistible. It could save his world. He could save his world. For something like that, no cost is too high. And so Jumpman dons the cap, welcomes Mario into him. It’s an injection of pure ecstasy, that quiet pleasure, that mix of chemicals, the same that are released by the brain when you die. Jumpman will soon be gone forever, and there will be only Mario.

But this is where the tale all begins — where Jumpman first obtains his powers, by offering himself as a vessel for Mario, who will eventually become the true Mario we all know and love. An “Odyssey” is more than a simple journey, it’s about growth and change. This is the story of how the lives of Pauline, Jumpman, Donkey Kong, and all the residents of New Donk City were changed forever by the intervention of one heroic yet cursed cap — Mario.

If you want to take a look at more cities Donkey Kong has been involved with, check out our big look at all of them!