The latest in a string of mobile rhythm games from Rayark brought to Switch is the enhanced port CYTUS Alpha, a sleek mix of sci-fi and techno that knows how to nail its aesthetic as well as its gameplay, though it lacks a little polish in a few areas.

CYTUS Alpha is the closest thing I’ve ever seen to music-based Pong and it’s a set-up that works well. A bar bounces from top to bottom of the screen, and you chase the purple notes up and the orange notes down, tapping them in time to various elements of the music, be it the drums, a particular synth part or vocal melody. It’s a simple concept, and pretty standard fare for many rhythm games, but that doesn’t stop it from being both satisfying and challenging. The combination of tap notes, hold notes, double presses, and directional drag notes stops the gameplay from becoming too repetitive and CYTUS Alpha uses all types of notes in conjunction wonderfully to provide variety between song maps. 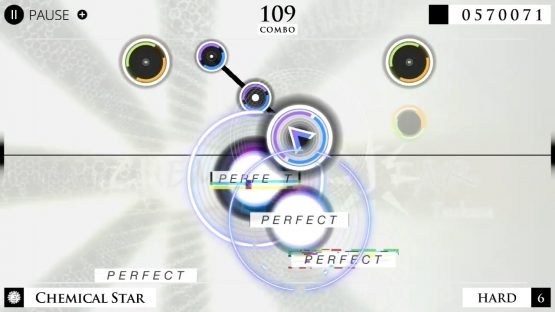 Speaking of challenge, the difficulties songs are assigned throughout CYTUS Alpha seem a little arbitrary. It’s nice to see a variety in each chapter, rather than just an overall rise in difficulty, but there are certainly some misleading ratings in there. CYTUS Alpha only has Easy and Hard versions for each song, but feels like it would benefit from a medium difficulty. Some songs jump from a 2 on Easy to a 7 on Hard, while others starts off as an 8 even on Easy and can therefore only bump up a tiny bit on Hard. 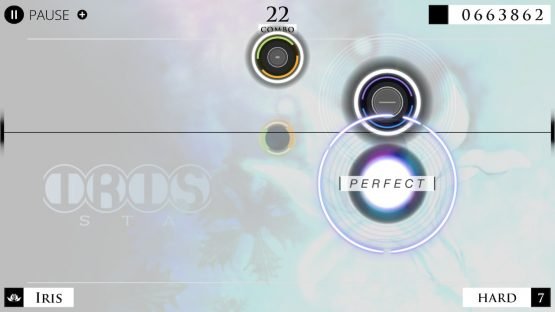 As with all rhythm games, practice makes perfect, but falling in the gap where easy is too easy but hard is still too hard is very possible. Similarly, some customisation of the UI would be nice. Mostly because joint notes can be hard to distinguish from just a cluster of notes of the same colour, so some way of making them stand out more would definitely be useful.

As with Rayark’s other titles on Switch, CYTUS Alpha allows you to play with controller support, so you can play in Tabletop Mode and TV Mode as well as Handheld. The drag notes are mapped to the shoulder buttons in controller mode, rather than making use of the analogue sticks or anything, which is kind of a shame, but even just another button press is complicated enough when playing harder songs, so their added difficulty isn’t sacrificed completely. Playing using a controller is a very different experience, and feels like it’s definitely not the intended way to play, but it’s nice to have the option and be able to change things up. 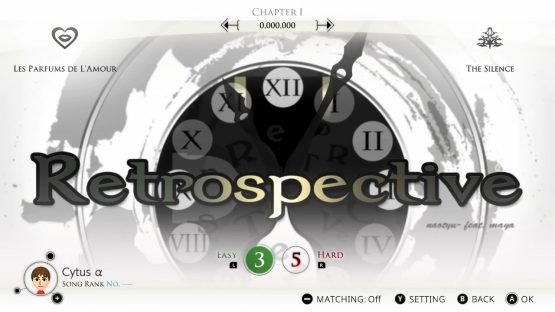 Chapters unlock as you complete more songs and get higher scores. Data Files that tell the story of CYTUS Alpha unlock the same way. CYTUS Alpha could easily have skipped over any story altogether and been a fully-formed, enjoyable rhythm game, but the semblance of story gives you something to work toward and is an interesting sci-fi number that deals with implanting consciousness into artifical bodies after someone dies. Unfortunately, these brief snippets can be a bit vague and empty for as few and far between as they are. I’m happy to have any kind of story at all, and it’s not what you come to a rhythm game for anyway, so it’s not much of a flaw. 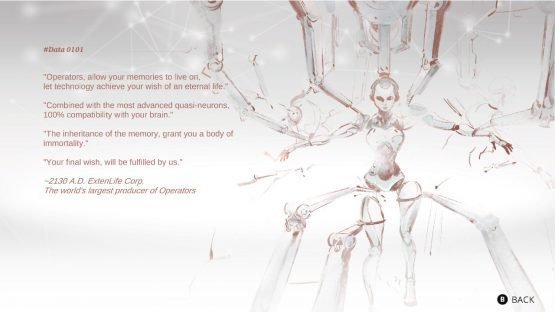 Of course, the music is the big draw here. CYTUS Alpha features over 200 songs, with a good variety of music, though mostly leaning towards electronic and techno-style tracks rather than rapidly genre-jumping as some other similar titles do. With CYTUS Alpha, I know what I’m getting, and I like it. The Collector’s Edition I was lucky enough to receive from Numskull Games also comes with a soundtrack, so you can enjoy the wonderful music without the distraction of the gameplay. There are some very catchy pieces in there! 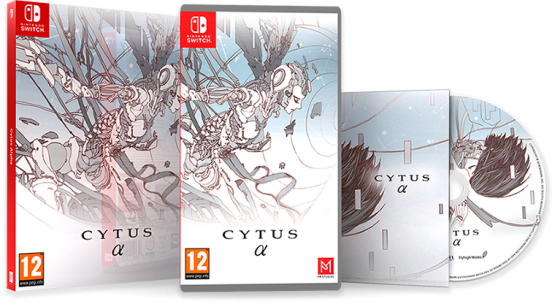 Each track also has its own backing illustration. These are beautifully done and a nice addition to the otherwise vast, white space shown while you’re playing. As with the music itself, there’s a nice variety to these images and they really capture the feeling of the track they represent.

CYTUS Alpha suffers a little from a lack of communication. It in no way makes the game unplayable, but there are a few things that would benefit from any kind of explanation. For one thing, how are you meant to get a full combo if getting all perfects results in a Million Master and doesn’t count? The requirements to unlock bonus chapters also appear to straight-up lie sometimes. I’ll have completed all the songs in a chapter and it will tell me I have to clear 2 more songs from that chapter for the bonus chapter. No amount of replaying songs, changing difficulty, changing between playing using the touchscreen and using a controller, and improving my score to get a higher rank seem to classify as this elusive ‘clear’. The main story chapters don’t suffer from this problem, but it’s still an annoyance blocking me from unlocking new songs to play. Even the game’s tutorial is far from informative. 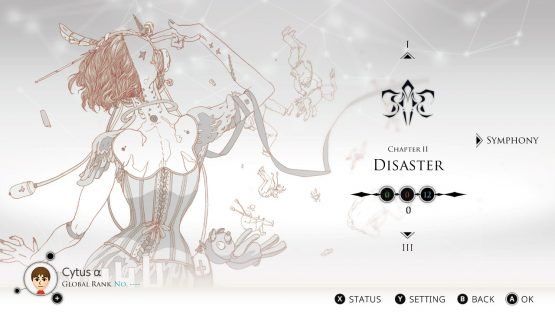 Apart from that one issue, CYTUS Alpha is a solid rhythm game, though it doesn’t push any boundaries. At a time where more and more rhythm games are becoming available, especially on Switch, CYTUS Alpha struggles to stand out a little, but it’s nonetheless an enjoyable addition to the Switch rhythm game catalogue and worth giving a look.