UDON Entertainment has announced an English release of Daigo The Beast: Umehara Fighting Gamers!, with the first volume coming to stores in North America in December this year! Before it’s general release, however, attendees of Evo 2017 will be able to grab an early copy from the event’s UDON/NSURGO booth! Nice!

Here’s an overview of the manga from UDON:

He is the most dominant fighting game champion in the world. But before he was Japan’s first pro gamer, Daigo was one of many players battling their way through Japanese arcades during the golden age of fighting games. Now, North American fans can learn how the player became the legend as UDON Entertainment prepares to publish the DAIGO THE BEAST: UMEHARA FIGHTING GAMERS! manga series.

Daigo Umehara is best known for his aggressive play and nearly psychic ability to predict and counter his opponent’s next move. This power not only paralyzes world-class opponents, but has also led to many unforgettable comebacks from the brink of defeat. His many victories and bloodthirsty style have earned him the nickname “The Beast.”

The DAIGO THE BEAST manga explores the real-life events that built the fighting game community, and the strategies and play styles developed by Daigo and his fellow gamers. In Volume 1, Shinya Ohnuki, a gamer with prodigious talent, is drawn into the wild and wonderful world of fighting games after a chance meeting with Daigo. As they face off in iconic games like Street Fighter II, Street Fighter Alpha, and Darkstalkers, an enduring rivalry between Daigo and “Nuki” is born!

This is an exciting but somewhat unexpected release! It should provide a really interesting insight into Daigo’s play style and history, and it’s great to see it will be getting a physical release in the west. With Evo just around the corner, those early copies really are early too! 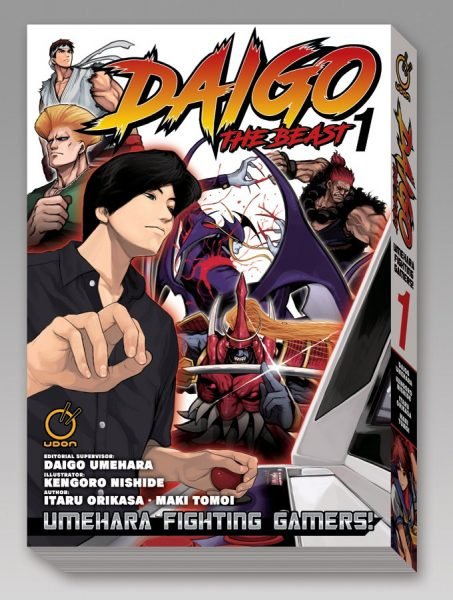