Danganronpa Trilogy Announced For Playstation 4 In 2019

We absolutely love the high octane, high-stakes gameplay of the Danganronpa series, and so we were very pleased to hear that NIS America announced the Danganronpa Trilogy, which will bring together both Danganronpa 1-2 Reload and Danganronpa V3: Killing Harmony in one physical collection, set for release in March 2019!

For those who aren’t aware of the series, in Danganronpa: Trigger Happy Havoc, you enter Hope’s Peak Academy, a prestigious high school for the nation’s “ultimate” students. Things take a twisted turn when Monokuma, a maniacal bear, takes them all prisoner in his deadly game of despair.

Then in Danganronpa 2: Goodbye Despair, you join a brand new cast of Ultimates that are mysteriously trapped on Jabberwork Island in their own life-or-death game, but having fun in the sun with this twisted teddy requires more than just a bit of wit to survive. 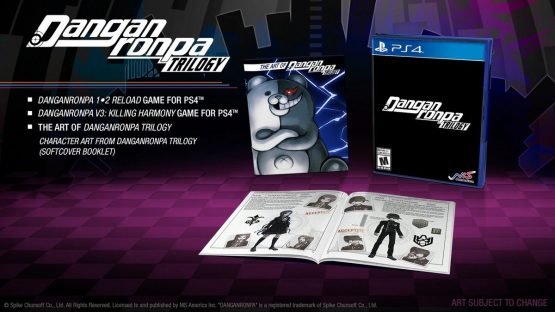 Finally, Danganronpa V3: Killing Harmony moves the action to a “psycho-cool” environment with a new cast of 16 characters that find themselves kidnapped and imprisoned within a school. Inside, some will kill, some will die, and some will be punished. So, you have to reimagine what you thought high-stake fast-paced actions was as you investigate twisted murder cases and condemn your new friends to death. 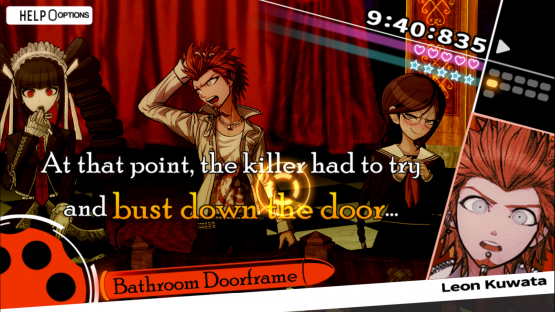 Danganronpa Trilogy will be coming physically to Playstation 4 on March 26th 2019 in North America, March 29th in Europe, and April 5th in Australia and New Zealand. Have you played the series before? Do you think you will pick up this new collection? Let us know in the comments, or on Twitter or Facebook, and check back for more coverage of these games and other Japanese titles.