I was a little apprehensive going into Danganronpa V3. After thoroughly enjoying the previous games, I was worried it might be easy for Danganronpa to become too formulaic and lose the intensity and shock that make it so appealing. Needless to say, this was an unnecessary fear and it’s come back as strong as ever.

Danganronpa V3 provides plenty of good twists and developments in the story, and the cases are pretty strong all around. The end of chapter 1 is a particularly incredible moment, and even by that point it becomes clear Danganronpa V3 is just as much a wild and wonderful roller coaster of a game as the previous entries in the series. Though chapter 4 was probably the weakest case in the game, it still packed an emotional punch and a few good surprises. 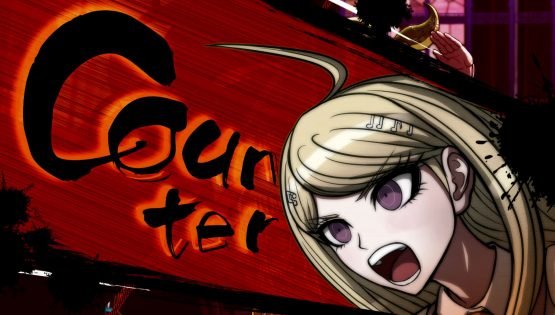 Danganronpa V3 is just as much a wild and wonderful roller coaster of a game as the previous entries in the series.

Although it’s pretty close to it, however, it’s not completely smooth sailing, as Chapter 6 and the end of the game are frankly a bit of a let-down. They’re probably the only thing stopping V3 from being the best game in the series. Despite my disappointment about the ending though, Danganronpa V3 is a spectacular game.

Though it looked for a moment like V3 might ruin everything and leave it at that, the post-game content still kept me hooked for hours after, and the story itself is interesting enough that I immediately began going through the game again to see how things would be different with hindsight. Also, so that I could go back to a point where nobody was dead because I like the cast of V3 quite a lot.

There aren’t any characters in V3 I actively dislike. Even knowing how Danganronpa works, I couldn’t help but grow attached to the cast pretty quickly. As the number of characters began to dwindle, I found myself awaiting the next murder with nervous anticipation knowing that someone had to go and someone else would have to be executed. It’s a wonderful and horrible moment when you find yourself trying to pick who you’d prefer to die if you had the choice and you struggle to settle on anyone. 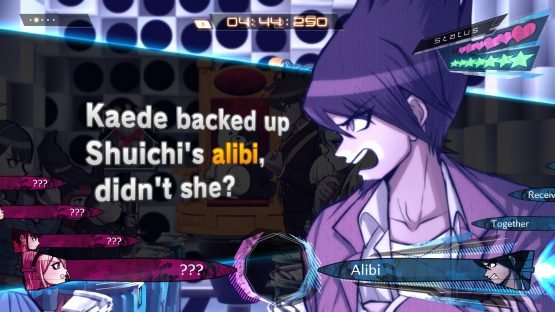 The new trial mini-games and features are great across the board.

The new trial mini-games and features are great across the board and help trials feel a lot fresher this time around. On top of more clear-cut mini-games such as Psyche Taxi and Hangman’s Gambit, the newly introduced Lie Bullets, Mass Panic Debates, and Debate Scrums are all wonderful additions to trial scenes that keep them fast-paced and interesting.

Even Mind Mine is fun once you get used to it. The idea of ‘back routes’ where you can lie your way through a Non-Stop Debate just for fun is very intriguing too. I’ll definitely be giving those a try on the second run! 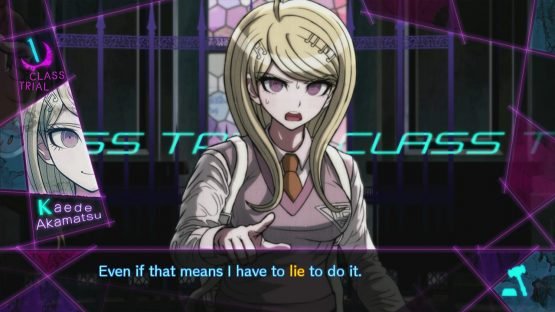 The bonus modes are really fun for irrelevant, nobody dies, high school life hijinks. Talent Plan’s stat-building board game isn’t as addictive as the resource-gathering modes in the other games, but having extra scenes where characters can interact outside of the Killing Game is a wonderful bonus. Similarly, while I’m a little sad to see Salmon Team isn’t quite like School/Island Mode, it’s nice to have a mode where you can focus on gathering all those Hope Fragments without having to worry about raiding the school for 70 box cutters while you try to make friends.

Salmon Team encourages you to spend a lot of time in the casino raking in those coins, which I was more than happy to do for no reason at all, so I’m pretty pleased it actually becomes worthwhile! The casino mostly consists of slot machines, and more gamey versions of the main trial mini-games. There’s a lot to keep you busy, even beyond the main story. 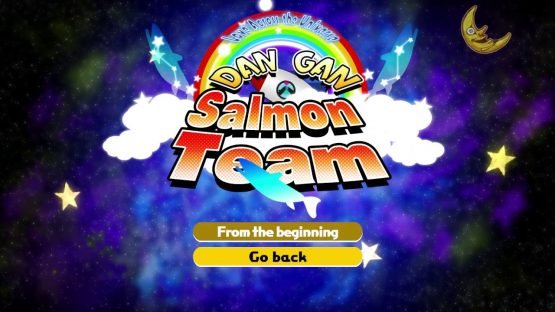 There’s a lot to keep you busy, even beyond the main story.

It’s just a minor thing, but one other nice new feature is the ability to destroy objects in rooms for Monocoins. Monocoins are useful for more than just the MonoMono Machine, as you can use them to buy a variety of music and scenes from the game in a gallery, and exchange them for casino tokens, which can then be used to buy gift items, skills, and Monopad themes. Getting extra Monocoins from destroying stuff in every room you go into is not only a useful way to gather them, it’s also good stress relief for when a character you like inevitably meets a grisly end. 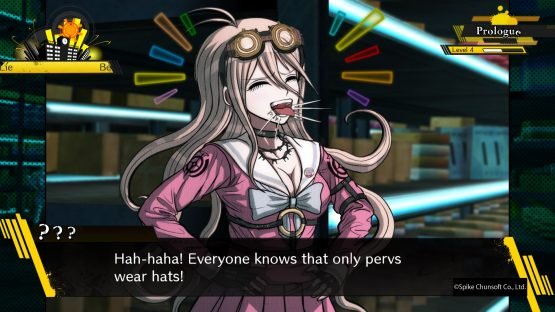 Speaking of ends, I won’t divulge any juicy details, but I can’t talk about V3 and not touch a little more on its ending. Seriously, what a wild conclusion! V3’s ending is going to meet very divisive reception and is likely to pull some very strong opinions out of people on both sides. In fact, this is exactly where a Debate Scrum would be in order! I’m pretty sure I went through all the stages of grief within a day of finishing it, and I personally would have rather it ended differently, to the point that the end is basically my only criticism of the game.

But, with that said, I appreciate its gutsiness and have since made my peace with it. Rather than putting me off, the end of V3 made me want to go back through and re-evaluate the game and it definitely made me think long and hard while I tried to come to grips with it. I still don’t think it’s good, but I feel like I’ve unravelled it enough to draw my own conclusions and be satisfied. 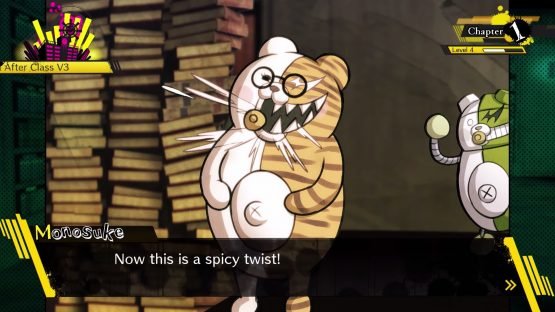 Danganronpa V3 is a game full to bursting that somehow left me still wanting more.

Danganronpa V3 is a game full to bursting that somehow left me still wanting more, and its highs far outweigh its lows. It’s terrific, even if it’s made me pretty impatient to see what’s next in store for the series!