Dead or School is a 2.5D side-scroller that has found a following on PC, and thanks to Marvelous it’s now coming to PS4 and the Switch in the west. The game takes place in post-apocalyptic Tokyo and features a girl named Hisako who has somewhat of a dream of being a schoolgirl.

The game will release on March 13 2020 in the West on both Nintendo Switch and PlayStation 4. There’ll be a physical and digital version on release so you can pick whichever takes your fancy!

Within the game, you’ll be able to explore various parts of Tokyo, including Shinjuku, Asakusa, Akihabara and Roppongi using the subway system. Unfortunately the subway system doesn’t run quite as smoothly as it does today, seeing as there’s a zombie apocalypse and all – so you’ll have to fight your way through hordes of them. 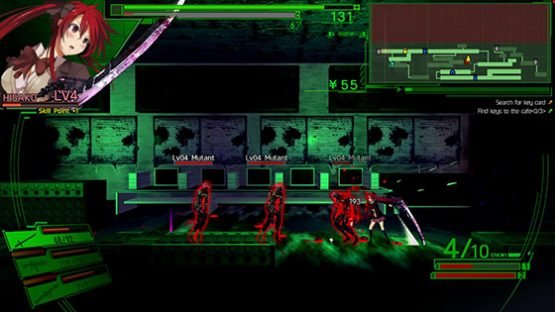 There’s a mix of close-range combat with swords and longer range weapons. The key is to combine both of these types of attacks together to create powerful combination attacks. You’ll be able to get even stronger as you level up and unlock new weapons and skills.

Dead or School also features a full Japanese voice over and animated cut-scenes.

Are you excited for Dead or School?