Most adaptations you should take on their own merits, but it’s impossible to divorce them from their source material. Netflix’s Death Note had many fans concerned from the get-go, but nobody could have expected this version of the hit psychological cat-and-mouse crime thriller to be quite this bad.

Nobody could have expected this version of the hit psychological cat-and-mouse crime thriller to be quite this bad.

Death Note keeps very little intact from the original, besides the basic premise, the rough outlines of the characters, and some very broad events. Thankfully that means that at the very least current and potential fans can enjoy it as it’s own thing without having anything spoiled upfront. Though it’s not much praise, as it undoubtedly would have fared better trying to play to the original’s strengths, rather than being the antithesis. This film is sort of a reverse Death Note, eschewing the joys of its source completely.

Which isn’t to say there’s nothing to like. It flirts with some good choices that are muddled together in this sweaty, swamp of a movie. At 1 hour 40, it feels like it must be at least 2 hours. Not only are the handful of good elements lost in this mire, but so too is the plot, with important beats hurried through so fast I had to rewind a few times to see if I’d missed something (and more often than not I hadn’t).

Not that this version will be taxing you to keep up with any cat-and-mouse antics. You just watch, are told stuff, and then it’s done. The single big “master plan” ends up feeling like a deus ex machina, than anything actually earned by any of the characters. Most “puzzles” don’t have solutions that are reached in a clever way, they’re just brute forced. Eventually even L is running around trying to shoot people. Though he does do some cool parkour off a homeless person in one scene, so keep an eye out for that. 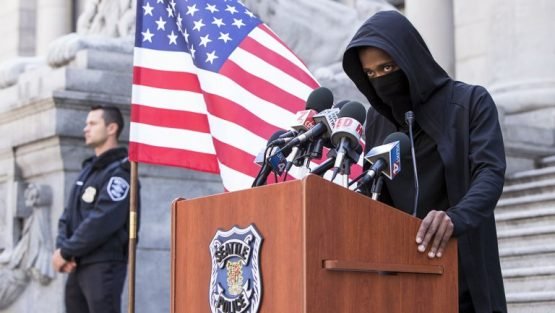 It’s a much more menacing take on Ryuk.

There are a handful of things I do actually lie about the movie. I like the idea that previous owners of the Death Note left messages for later owners to find. Things like “don’t trust Ryuk” are unsettling and work pretty well, though there’s no real point to them overall.

Speaking of, Willam Dafoe does a solid job voicing Ryuk, though the character doesn’t have all that much presence, and the character model is a bit weirdly wiry. It’s a much more menacing take on Ryuk, but it kind of works with the tone changes for this movie. 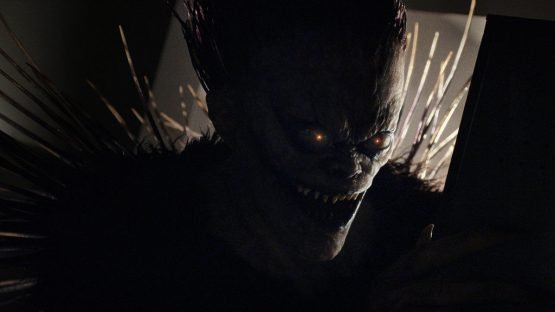 Mia’s role in the story this time makes her feel like a more well rounded character.

On top of that, Lakeith Stanfield does a good job portraying L — though the material for the character goes from okay to outright poor as the time ticks on. You can tell he gave the performance his all, and there are moments where you can see a good L movie struggling below the surface, such as his scene in the neon Tokyo nightclub where he’s introduced.

Mia (Margaret Qualley), too, is a good take on Misa’s character from the original. To be honest, I’ve never been a huge fan of Misa as a character, and her role in the story this time makes her feel like a more well rounded character.

Light Turner (Nat Wolff) on the other hand is awful in all aspects. A screaming, whiny boy, whose first act to trial out the Death Note is (minor early spoilers) to decapitate a common school bully, Final Destination style.

Generally speaking, all deaths in this version of Death Note have to be specified rather than defaulting to a heart attack. Immediately going for an over the top decapitation leaves a bad taste in the mouth, and the rest of the film’s attempts to portray Light as sympathetic are utterly destroyed by it. 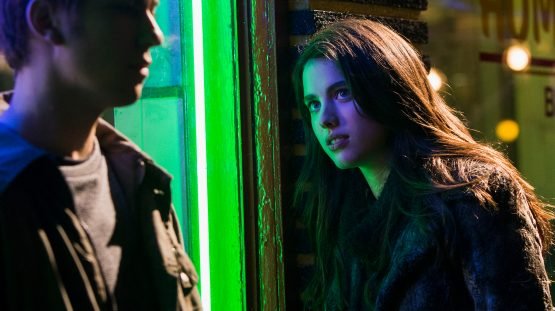 The entire thing feels several years out of date tonally.

The film is arguably at its “best” when its revelling in the gross Final Destination style deaths caused by the notebook. I say “best”, I obviously didn’t like that aspect at all — but it’s what the movie clearly seems to be leaning towards. In the end, it kind of comes out like a generic, gory, American style horror movie, but with a bizarre amount of lore and info-dumping.

They may as well have had the Death Note mysteriously appear and just used it to kill people and be done with it, no explanations necessary. That seems to be the approach the horror movie obsessed tone seems to take.

The entire thing feels several years out of date tonally. It would have been more at home as a low budget release in 2009, during the height of still fairly early bands like Panic at the Disco, The Killers, and Paramore (no offence, I like all those bands, but you get what I mean). Light wears a top hat to the prom. And then him and Mia flip the bird to the school photographer. What?

Sure, some of the scenes do look super nice visually — all neon and rain (though in one scene Light and L face off in a cafe that is meant to be open, but the lights are clearly completely off and they’re illuminated only by the neon lights. It’s just like whatever, you know?). It’s probably too neon that it overcomes most over other aspects of the movie, like wearing sunglasses all day. But it’s mostly just sweaty emo teen high school romance mixed with gore-fest murders. I mean, that’s about it. And it doesn’t even have a good time with the sweat and gore. 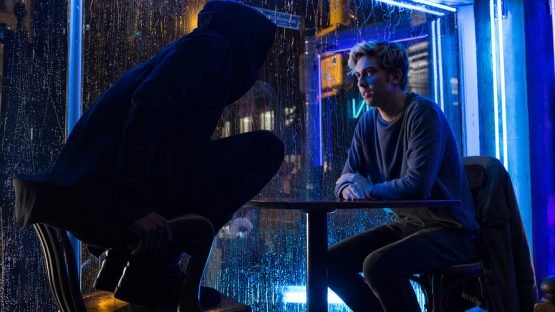 More dutch angles than a German mathematician with a new protractor.

Also, for some reason, Adam Wingard (the director) to have more dutch angles than a German mathematician with a new protractor. Honestly, I felt dizzy during some points, just because of how much the camera was tilting around.

I get it. Dutch angles can be cool. But they’re meant to highlight certain moments to make you feel uneasy. If you’re doing it every other scene, then it kind of defeats the purpose. I may as well have been looking through a kaleidoscope. 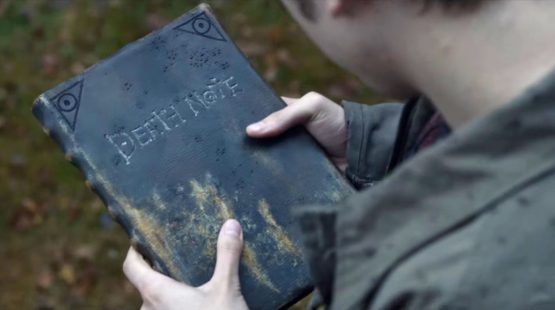 Death Note is simply not a very good movie.

Ultimately though, comparing this version of Death Note to the source material is an exercise in frustration, and more than it deserves. Death Note is simply not a very good movie. It’s a cheesy horror movie with paper thin characters, and thanks to a peppering of allegiance to the source, far too much exposition.

It doesn’t know what it wants to be, and in struggling to try to be something, actually becomes nothing much at all.