We’ve finally got news of a Demon Slayer Game! Kimetsu no Yaiba: Hinokami Chifuutan will be released by Aniplex in 2021 for PS4. Unfortunately we don’t have too many other details as of yet, including who will be developing the game – but we’re excited for sure. 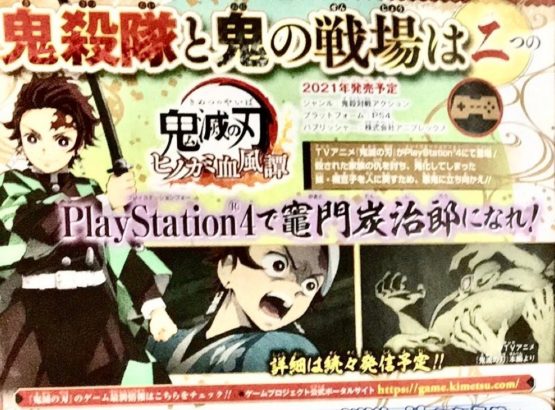 The genre of the game is described as Battle Action, but apart from that we don’t know too much about it. Battle action could mean a bunch of different things, including an arena fighter or Dynasty Warrios style game. A Gacha game was also announced that will be released this year on iOS/Android.

Thanks to Ryokutya2089 for the news!

We’ll bring you more as we hear it, but if you’re a fan of Demon Slayer and want something similar, check out our recommendations!

7 Anime Like Demon Slayer
Recommended Products from our Store: