Last week we had covered the Demon Slayer PS4 game, known as Kimetsu no Yaiba Hinokami Chifuutan. The first scan showed that it will be a Battle Action game which is commonly used to describe Arena fighters or Musou-style games. But thanks to DBHypeX on Twitter we have the second scan of the PS4 title from the new V Jump magazine. 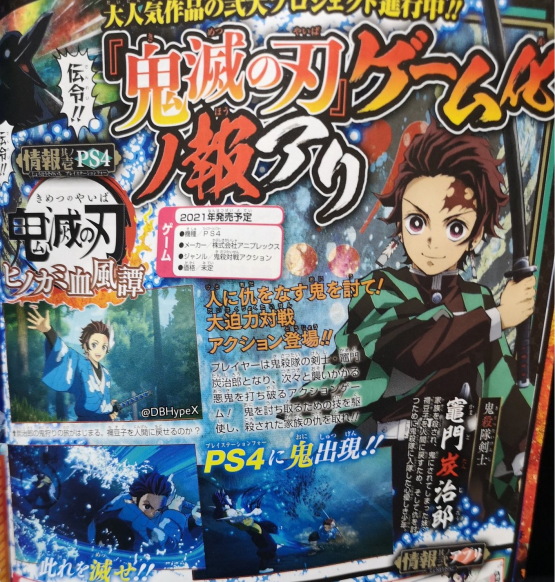 So far, what I can gather from the screenshots is that it looks similar to KILL la KILL IF, which in my opinion is one of, if not the best, licensed anime arena fighter out there so that’s already a huge plus in my book. The game does somewhat look like an arena fighter but a developer hasn’t been revealed yet nor the genre of the game. But in any case the game will look beautiful and if it is A+ Games developing the game with the experience they have gotten from Kill La Kill IF then I will be really excited for this one personally. 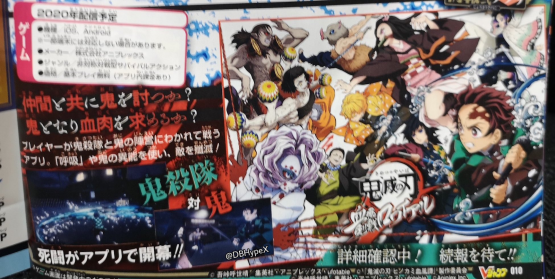 There is also a new scan for the Mobile Gacha Game called Kimetsu no Yaiba: Keppu Kengeki Royale which is developed by Quatro-A. They are assisted by Soleil, who you may know from Naruto To Boruto: Shinobi Striker, which shows some gameplay for the Survival Action mobile game.

Finally, an event planned on March 22nd that will have more information on the game and anime as announced by the Official Demon Slayer account on Twitter.

The game is slated for release in 2021 on PS4 and the Mobile Gacha game is due out sometime in 2020.

Are you excited for this game? Let us know and feel free to join the Official Rice Discord Server to talk about this game and many more topics!

7 Anime Like Demon Slayer
Recommended Products from our Store: