On Sunday Nintendo gave a short presentation on new content for Super Smash Bros. for Nintendo 3DS / Wii U and there were a fair few pleasant surprises on show! If you missed it, or don’t have time to watch it, don’t worry because we’ve got an itemised list of everything just for you.

Roy, the star of Fire Emblem: Binding Blade and the popular fighter from Super Smash Bros. Melee is making a return to the Smash Bros. series in the form of paid DLC. He’s been updated with a slightly altered design and, for the first time, has been given a Final Smash. This means that there are now five playable Fire Emblem characters and I’m quite happy that the franchise seems to have become so popular. 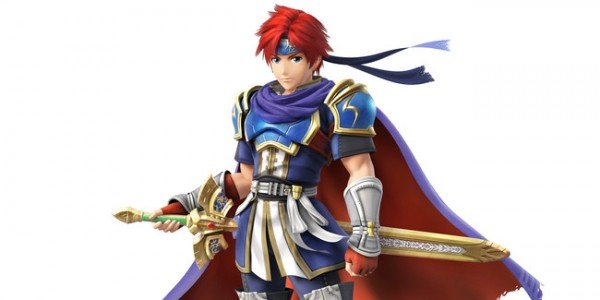 Ryu, the most iconic fighter from the Street Fighter franchise, has become the second Capcom character to be playable in the Smash Bros. series as he is now available as paid DLC. Ryu is the fifth third party character to be included so far and it’s nice that Smash Bros. will be added to his long list of crossover appearances. Uniquely, Ryu is the only character so far to have two different Final Smash moves. 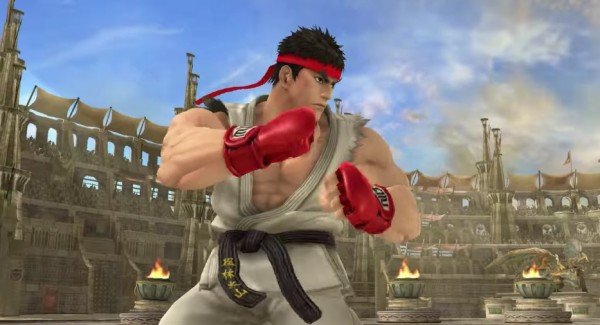 We all knew he was coming but now Lucas, star of the cult classic Mother 3, has finally been added as a playable fighter as paid DLC. Lucas was previously playable in Super Smash Bros. Brawl so I am sure that many will be pleased with his return. Since the Mother series is extremely unlikely to ever get its own new title, I’m always happy of new Mother content in other games. 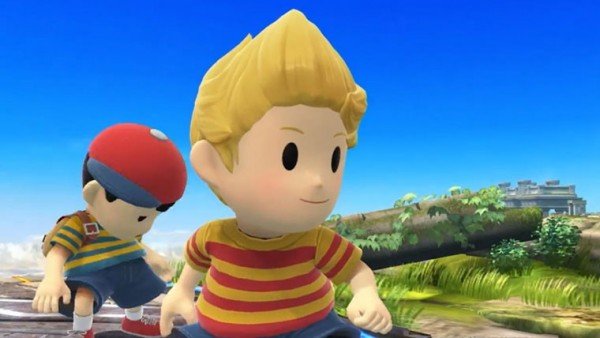 Miiverse is a very nice social network available to owners of the Wii U or 3DS; it’s a lot of fun sharing screen captures and pictures you’ve drawn, so it seems appropriate that Miiverse be recognised in Smash Bros. with its own stage. It has a rather basic layout, but in the background you get to see posts made by other players. Special Miiverse communities are available to post things that you’d like to see in the stage. This is available as free DLC on the Wii U version. 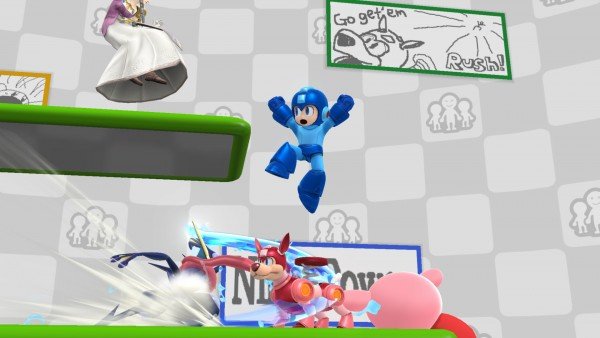 As Ryu will give the series a Street Fighter character, a new stage based on the series (Suzaku Castle) has been added so that he can have a home stage. It’s a very welcome addition and I am pleased that Nintendo are not just focusing on characters for the game’s add-on content. 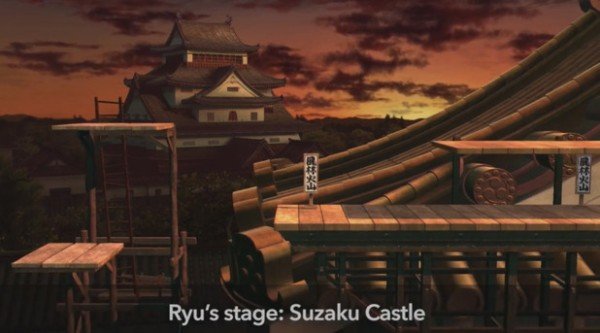 Three stages from the Nintendo 64 Super Smash Bros. have been confirmed as downloadable. These stages will be faithful recreations which reflect the 64-bit graphics of the original game while also providing new omega versions of the stage. The first one is Dream Land, a stage based on the Kirby series and is available as paid DLC right away. Two more, Peach’s Castle and Hyrule Castle, have also been confirmed as being in development. I’m pretty happy about this; Peach’s Castle was my favourite stage in the first game. 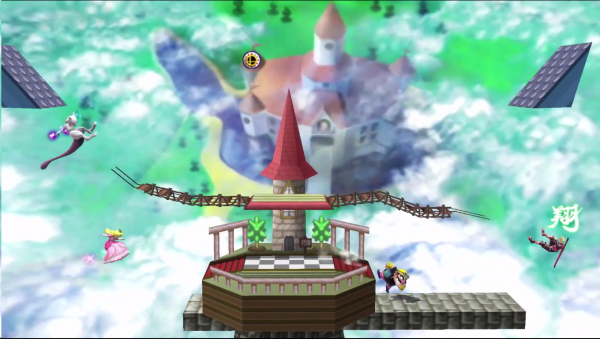 Splatoon was recently released and is already proving to be one of the most popular Wii U titles, so it’s no surprise that some Splatoon content is being added. What’s especially exciting about these Mii outfits is that they seem to go a step further than any of the other outfits available so far in that, if your Mii is wearing this outfit, it doesn’t look like your Mii dressed as a Splatoon character, it looks like you are that Splatoon character. I like this approach a lot and hope we will see more Mii costumes of this calibre. 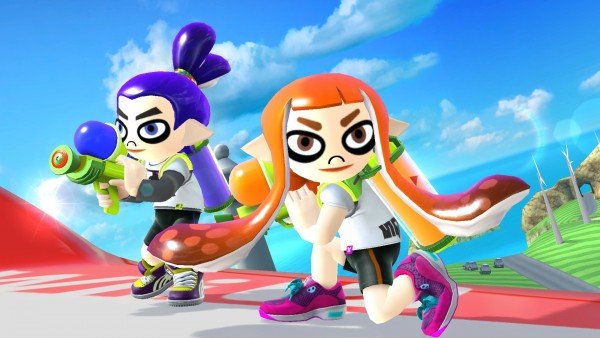 Isabelle, the popular anthropomorphic dog introduced in Animal Crossing: New Leaf is having a Mii costume made in her honour. There’s not much else I can really say about this, other than that it is interesting that Isabelle seems to be fast becoming a mascot for Animal Crossing. 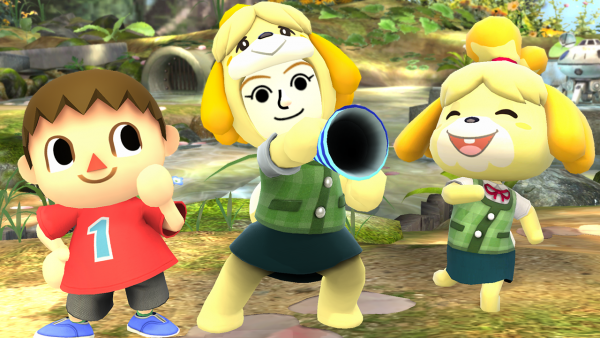 Akira, who is to Virtua Fighter what Ryu is to Street Figther, is also going to get his very own Mii costume. Quite nicely, it’s even kind of blocky in order to bring to mind the graphics of the original game. Jacky, from the same series, will also be getting a costume. What excites me the most about this, however, is that Virtua Figther is a third-party franchise with no other connection to Smash Bros. and yet is still being represented by this outfit; I wonder if, perhaps, Mii costumes will more and more be used as a way to include characters who aren’t really playable material? It’s a nice new way to include even more series, as the Assist Trophies in Super Smash Bros. Brawl were before it. 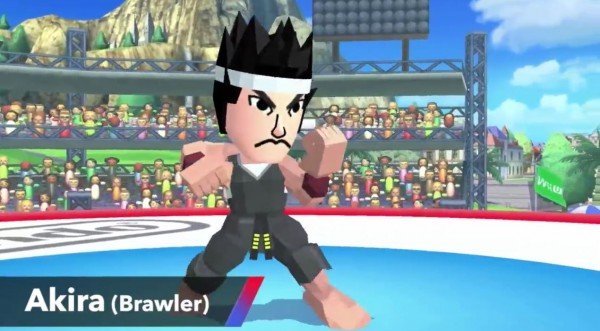 Heihachi, one of the only characters to have appeared in every Tekken game has also joined the ranks of the characters who are represented as Mii outits in Smash Bros. With that, Street Fighter, Virtua Fighter and Tekken, three of the most well-known fighting video game series, will all be brought together! Definitely a treat for fans of the genre. 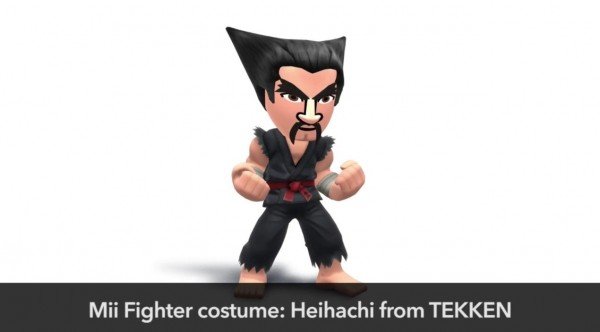 It’s no doubt that Mega Man fans were quite pleased when Mega Man was revealed as playable and again when several Mii costumes were released. Now, due to popular fan request, outfits based on Mega Man Battle Network are being added. It’s good to hear that fan requests are listened to. 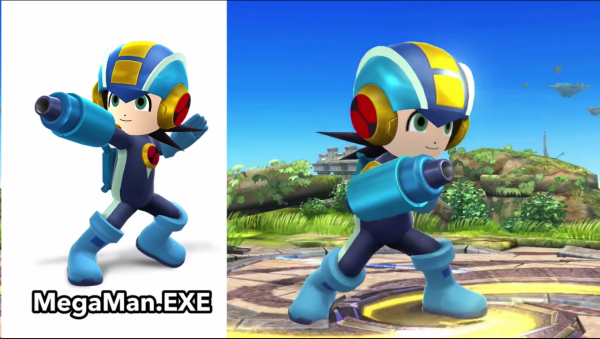 It was confirmed that the plan is to release every playable character as an Amiibo, which I am sure everybody was already thinking. Mr. Game & Watch, Falco, Duck Hunt Duo, ROB and, oddly enough, the Miis were revealed as the next ones. Let’s hope they’ll be produced in good amounts! 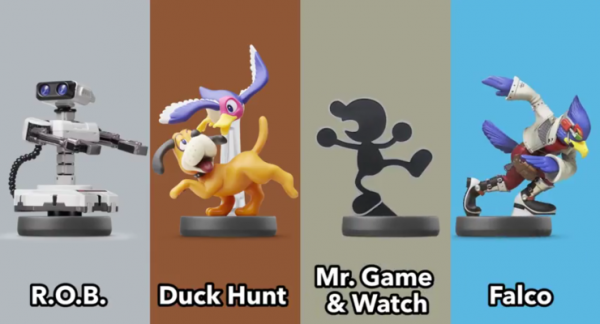 And that’s all… for now. It was also said that we can expect more content in the future, so it seems the Smash Bros. excitement train has not yet pulled into the station. I’m hoping for playable King K. Rool next time, with Mii outfits for the whole DK Crew!