After an odd, but ultimately enjoyable, trip to an alternate version to the world, Devil May Cry returns to the main timeline with Devil May Cry 5, bringing back everyone’s favourite devil hunter along with a whole new host of trouble.

In this latest part of the story, mysterious stranger V has hired Dante to deal with a potentially world-ending threat caused by a demon called Urizen, who is spreading his influence via essentially carnivorous plant life. At the same time Nero, with his incredible partner Nico are dragged into the same events in their mobile demon hunting agency, “Devil May Cry”.

The story plays out over a timeline, with shown events jumping back and forth over the same time period. Everyone is active in this game at the same time, completing their own objectives. So, the narratives of the three main characters intersect, and other characters appear too to give support, advice, or some good old fashioned exposition. 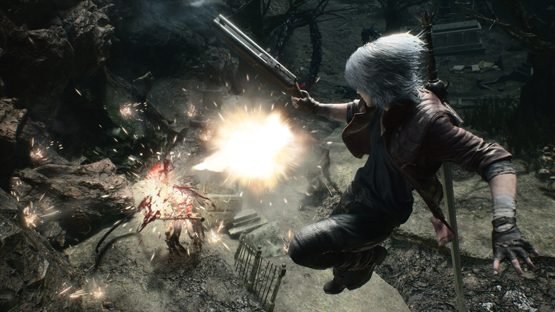 This particular structure is reminiscent of Devil May Cry 4’s attempt at a similar thing. However, in this instance, they absolutely nail it with no needless retreading of the same areas as before. Also, it has to be said that the story here is incredible, with the same frivolous nonsense you’ve come to expect laced with some more hard-hitting moments.

A moment to appreciate Nico here, and how amazing this Southern belle is. Bringing a new character in this late in a series seamlessly can be tricky, but with a decent backstory that I won’t ruin here and a phenomenal performance throughout, Capcom have nailed it. In fact, I would go as far as to say that she’s my favourite new addition to the series since Lady.

Gameplay-wise, all of the hack and slash action is here: copious demons of varied strengths to take out; style being the main focus to the point that the player needs to keep combo strings going and not get hit at all; and Red Orbs to collect and spend frivolously with Nico, or use to resurrect if you fall as well as Gold Orbs, which is a great new addition to the formula. 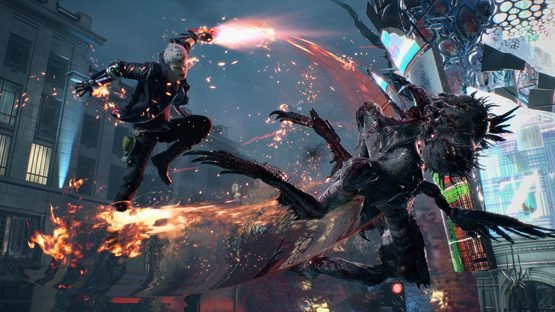 As said before, Nero and Dante return, with their gameplay styles largely unchanged which, rather than feeling stale as you could expect, has meant that Capcom have refined what was already working to an intense shine. Despite losing an arm, which looked tremendously painful by the way, Nero is able to fight using artificial arms called Devil Breakers.

Made by Nico, these different arms all come with their own individual design, flavour text, and (occasional) dramatic changes to playstyle. All of them allow the player to lasso enemies in, but from there you can manipulate time, fire an electric blast, or even fire homing missiles. Furthermore, they can be detonated (losing the arm in the process) as a handy crowd-clearer.

The only problems here is that your loadout is finite, and if you are attacked whilst using a Devil Breaker, it will shatter too. So, you have to be careful so as to not (as we did on more than one occasion) leave yourself with no Breakers left in your magazine because you either had to escape, or failed to do so in time, too often. 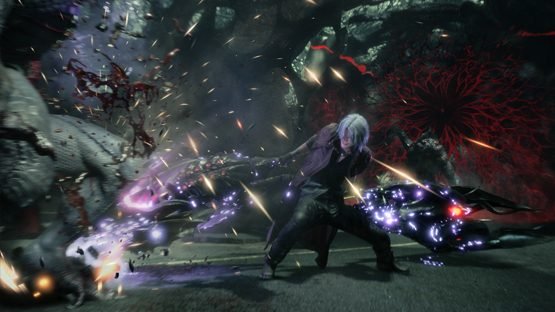 Dante returns in a similar fashion to how he played in Devil May Cry 4, with his four stances making up the lion’s share of his moveset. These allow different movesets to be switched between in the middle of action to suit the scenario. Furthermore, he can switch between a variety of melee and ranged weapons too with a button press.

The legendary devil hunter has unlockable weapons throughout the game (of which the demon motorcycle is the best – don’t @ us), but Dante feels the same as ever. This isn’t to his detriment though as, although his style is the same as previous appearances, he feels much more powerful, able to take down enemies that can cause Nero trouble with ease.

The new playable character in this iteration, the openly poetic V, brings something new to the table, instead attacking, defending, and evading with demonic pets. With Griffon for the ranged, Shadow for melee, and with Nightmare as his Devil Trigger. The whole concept with him is careful meter management with the health of the demons and his Devil Trigger. 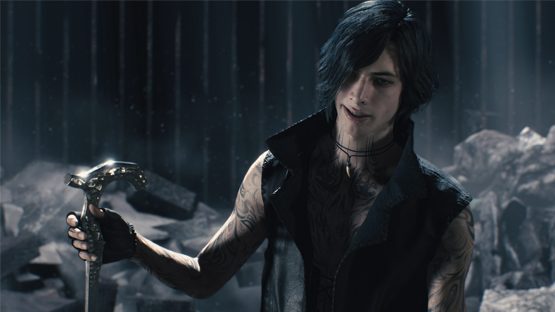 I’ll say this now. V is the best thing to happen to Devil May Cry gameplay in years. This isn’t because he is doing anything particularly revolutionary by gameplay standards, but the fact his gameplay sees a shift in player engagement for a character action title makes his style far more adaptable to my playstyle (i.e. keeping away and damaging from a distance).

Devil May Cry 5 is relatively short, as is the norm with games of this genre, but the replayability is huge. Score chasers in for a treat with trying to S-Rank the missions, and there are multiple difficulty levels for the more masochistic of you to enjoy. Also, with the Bloody Palace Mode incoming in the future as a free update, this game has a lot of mileage.

The RE Engine is once again pulling out incredible visuals, with Devil May Cry 5 being a stunning affair from beginning to end. The characters, enemies, and bosses all look divine with hardly any uncanny valley moments – outside of Nero’s face at times. Furthermore, there’s a load of concept art to gorge on in the menus, and we love that kind of stuff. 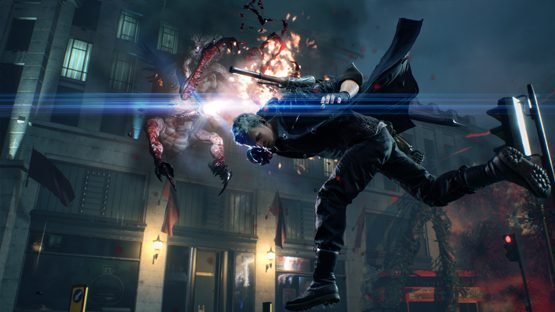 A special mention has to go to the design of the setting though, as the rendering of a fake London throughout is so close to real that it’s astonishing. Right down to the vandalised disrepair of the phone boxes, almost everything is true to life. In fact, the only unrealistic thing about the setting is that the phone boxes actually work, so great work Capcom.

Musically, this is more Devil May Cry, which is no bad thing overall. The only problem with this is that, aside from the addictive “Devil Trigger”, the music just sounds distinctly Devil May Cry, but not unique enough to be distinguishable as this particular iteration of this title. It is fantastic music, sure, but more uniqueness to the tracks would make it even better.

Devil May Cry 5 is, without a doubt, the best game in the series. All of the mechanics throughout the series have been refined and improved to create an unbelievably slick experience. The story is fantastically dumb and very true to the series, with a lot of nods to previous games in the series for fans to notice and get a kick out of. 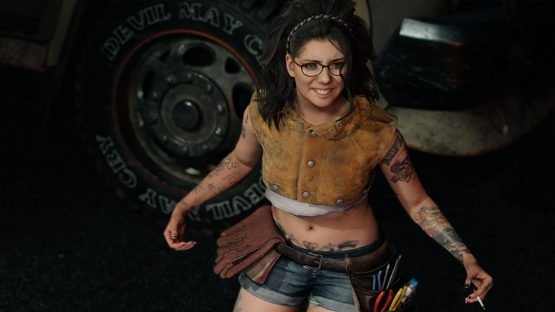 The addition of great new characters like Nico and V, alongside the stalwart characters from earlier games make this truly feel like a sequel – bigger and better in every possible way. Capcom have made it clear here that they are the masters of the character action genre, and given their track record with recent games, I’m excited for whatever is next.

Devil May Cry 5 is out now for Playstation 4, XBox One, and Windows PC. If you were swayed by our review, why not grab a copy?