We love Dante and his antics, as seen in our raving review for the fifth title earlier this year, but we’ve always felt like he has been sadly missing in one corner of the gaming sphere. Luckily, Capcom have got us covered on this, announcing a Devil May Cry Switch release for this year.

Coming out via a tweet from the official Devil May Cry Twitter account, which we have embedded below, the original title in the series has been confirmed for Nintendo Switch. They have since confirmed that it will be a digital-only title worldwide, which will likely disappoint many, and that it is due for summer in Japan.

Relive the adventure that introduced the legendary Dante to the world with the original Devil May Cry, coming to #NintendoSwitch this Summer. pic.twitter.com/Hh8hFDnLQK

The original Devil May Cry launched for PlayStation 2 way back in August 2001. This began as a version of another Capcom project, the little known action horror title, Resident Evil 4. Due to its extensive deviations from the Resident Evil formula, it became its own title and spawned a massively popular series with the fifth main instalment, the cleverly titled Devil May Cry 5, launching in March this year. 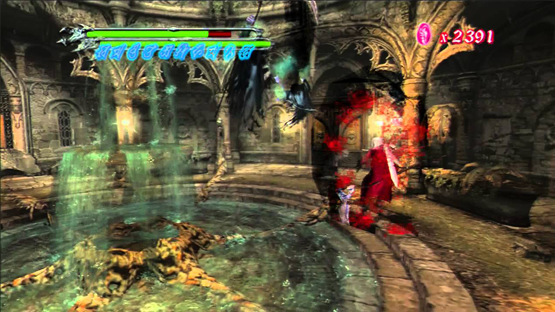 Needless to say, this is great for those that might have missed the series previously, especially as the first title is the most experimental. Will you be picking up this title? Would you like the whole trilogy on the hybrid? Let us know in the comments, or on Twitter and Facebook, and check back for more coverage of Devil May Cry and other Japanese titles.

The latest title in the series, Devil May Cry 5, is out now for Playstation 4, Xbox One, and PC. Why not grab a copy? EU/US