More trademark news this week! This time, Capcom have planted the seeds for a potential Dino Crisis remake by registering a new trademark for the title. Capcom have also renewed a number of other trademarks, so take the news with a pinch of salt, but we can dream, right?

After the success of Resident Evil 2 Remake, and the upcoming Resident Evil 3 Remake, you really can’t blame CAPCOM for wanting to bring back more of their classic titles. According to Event Hubs, they’ve been potentially setting up to bring their next gem back to life, by renewing their Dino Crisis trademark. 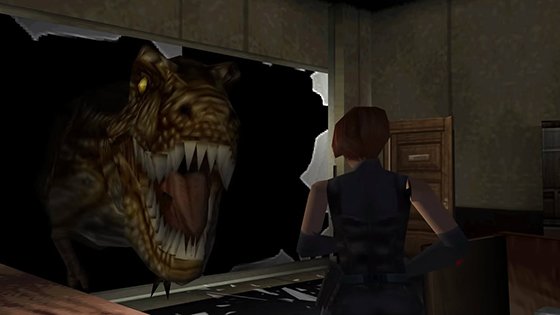 Along with Dino Crisis, Capcom also renewed trademarks for Darkstalkers, Power Stone, Cyberbots and more – but we think it’s highly likely that Dino Crisis is the next big title to be remade. Capcom seemingly listen to fan outcry, we knew RE2 Remake was coming for a while. Rumblings of a Dino Crisis remake have been occuring for a long time, and there’s no smoke without fire, right? This latest news only stokes the Dino Crisis fire.

Imagine a Dino Crisis in the style of RE2 remake… Imagine.

You can chat about Dino Crisis and more over in our Discord: https://discord.gg/ZSV6pWG

Capcom Otome Towaware no Palm Coming To Switch In Japan

Devil May Cry Switch Release Confirmed By Capcom
Recommended Products from our Store: