Square Enix has announced that Dissidia Final Fantasy: Opera Omnia will be heading to Android and iOS devices in the West this Winter, with pre-registration sign-ups available right now. Sign up on Google Play, and follow the official Twitter and Facebook pages and the more people that sign up, the more gems everyone will be given at launch. 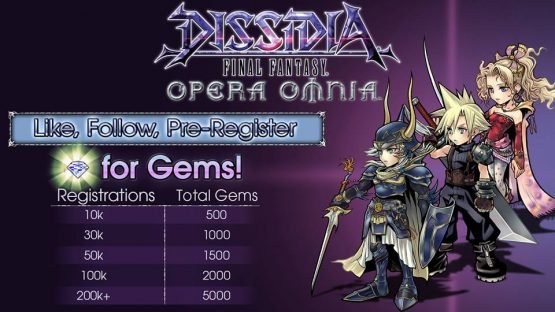 As you might’ve guessed, Opera Omnia brings together a bunch of Final Fantasy heroes and villains from its large library of titles, and you’ll be able to put a team of three together to participate in turn-based battles — you can even team up with two friends online! As is the same in Dissidia, you’ll need to build up your bravery before inflicting damage with a HP attack.

Dissidia Final Fantasy: Opera Omnia releases on android and iOS this Winter, and, finally, Vivi is playable in a Dissidia title!