Donkey Kong was a big game. In fact, it’d not be an exaggeration at all to say that without it, Nintendo would not be where they are today. So it should be no surprise that the there have been great deal of Donkey Kong cameos and crossovers over the years. Here are a few of my favourites (discounting crossovers like Smash Bros. and the Mario and Sonic games).

Donkey Kong doesn’t actually appear in either of these two Rare-made games, but there’s quite a significant reference to him in both. There is a cheat in these games entitled “DK Mode” and using it will morph every character in the game so that they have a huge head and long arms. As both of these games include secret agencies, perhaps Q made some kind of scientific potion in order to change people into the recently discovered, physically stronger, Kongs. 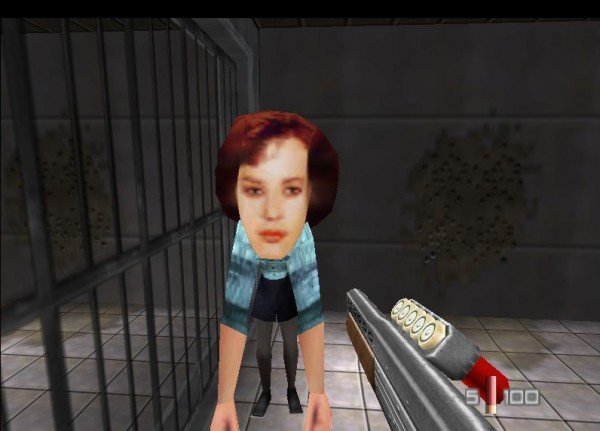 Foodfight! is a rather obscure film which was released in 2012 and features Charlie Sheen as the animated character Dex Dogtective. The story is about a supermarket where, at night, all the mascots from the food packaging come to life and the whole place turns into a city. What does this have to do with Donkey Kong? Well, DKVine forum member SpongeTheSquid recently discovered that, in the film’s trailer, you can see a poster for the unreleased Game Boy Advance game Donkey Kong Coconut Crackers up in the supermarket. This poster is nowhere to be found in the final release, but as the mascots all came to life in that film, does that mean Donkey Kong could have been planned to make an appearance?

Tiger blood or Kong blood – which is better?

There’s a large amount of evidence to suggest that in the original Donkey Kong games Mario had been abusing Donkey Kong and that was why he lashed out and kidnapped Pauline. Well, the strange cameo in Super Mario RPG seems to suggested that Kong-abuse is common in the Mushroom World! There’s an enemy that appears from time to time called Chained Kong and it looks very much like Donkey Kong… except it’s in chains. Why? Could there be some kind of Kong slave trade? 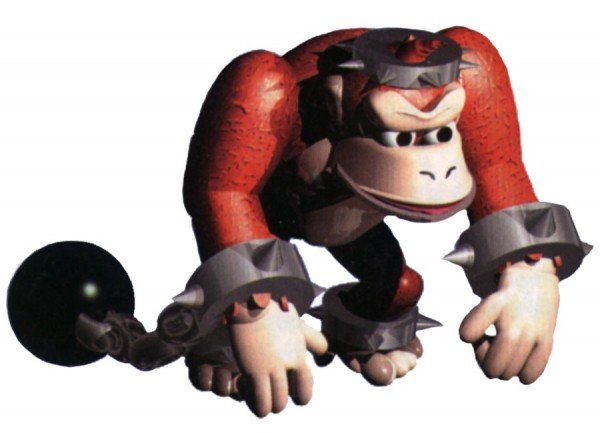 Could Donkey Kong have been planned to be a Persona 5 main character?

As this was so long ago, and the game is no longer easily available, a lot of newcomers to the world of video games may be unaware of this, but both the Banjo-Kazooie and Conker the Squirrel series of games are spin-offs of the Donkey Kong series. Both Conker and Banjo made their debut in 1997’s Diddy Kong Racing and, were it not for Microsoft acquiring Rare in 2002, I imagine the connection between them would not have been forgotten. 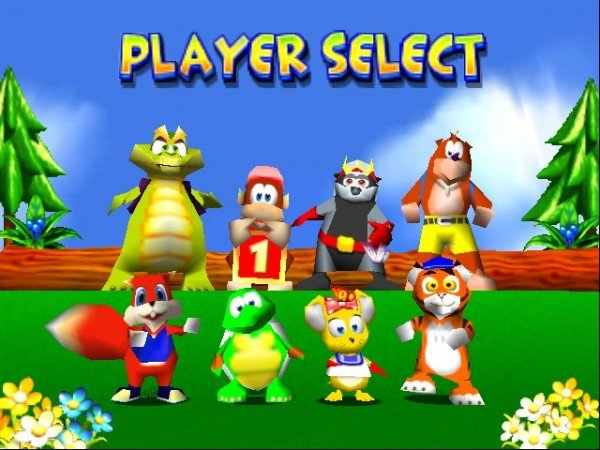 Following on from my last point, Diddy Kong Racing also features a character named Tricky the Triceratops. At one point Rare were hoping to make a game featuring characters who had been introduced in Diddy Kong Racing and it was going to be called Dinosaur Planet. Nintendo insisted on a large number of changes and the game eventually became Star Fox Adventures. Tricky, however, was still a character in the game. 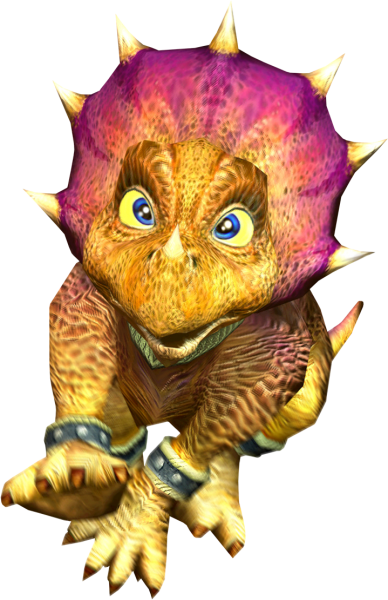 Better than the Run-D.M.C. song?

Minecraft is full of cool little secrets, and one of these is a charming reference to the original Donkey Kong. You have the ability to create paintings, but each time you make one it comes out completely randomly. It could be any one of several different designs, including one which is a picture of the second level of the old arcade game! This is actually the famous Zetterstrand painting ‘Kong’. What’s especially nice is that in the Xbox 360 version of the game you can play as Banjo or Conker thanks to an official skin pack,  so the prodigal sons can at least keep this tiny connection to their distant origin. 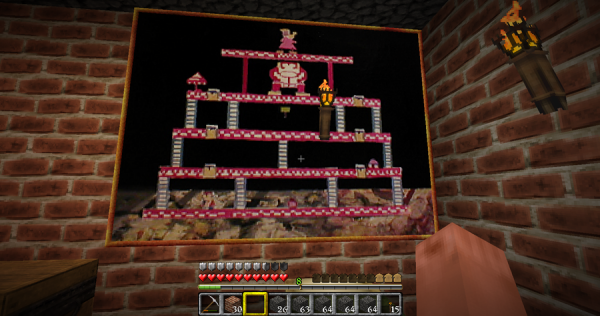 After 1994’s Super Punch-Out! fans had probably given up hope of seeing another game in the series, but they were treated to a very pleasant surprise in 2009 when a new Punch-Out!! was released on the Wii. Not only was this a treat for Punch-Out!! fans but a treat for Donkey Kong fans too in that Donkey Kong himself was added as a secret opponent. 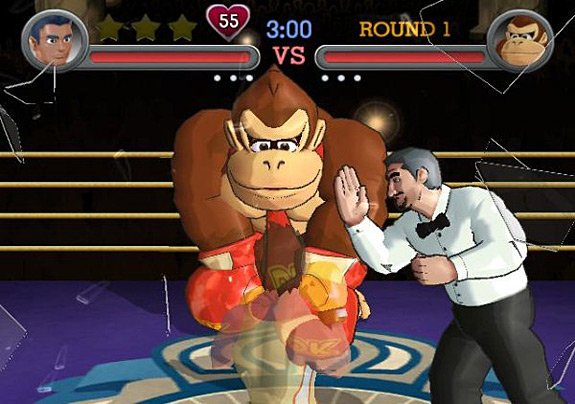 Some people just need to unleash their rage upon Donkey Kong.

The Legend of Zelda

I wrote about this in my similar article about Zelda crossovers, so, if you read that, I’m sorry to repeat myself. In the original Donkey Kong Country trilogy there are actually two different appearances from Link. First, in Donkey Kong Country 2: Diddy’s Kong Quest (and Donkey Kong Land 2), Link appears in the end, ranked at third amongst “Cranky’s Video Game Heroes” with Yoshi in second and Mario in first. Here you can also see the gun that belongs to Earthworm Jim and the shoes that belong to Sonic the Hedgehog next to a bin labelled ‘no hopers’. Then, in Donkey Kong Country 3: Dixie Kong’s Double Trouble you can hear about Link’s presence in the Northern Kremisphere from one of the Brothers Bear (though, sadly, you never actually see him).

Back in the ‘Arcade Era’ of Donkey Kong history, there were actually several Donkey Kong Game & Watch titles (including exclusives like Donkey Kong Hockey and Donkey Kong Circus) but that is not what I am talking about with this entry. In Donkey Kong Country Returns in a level called ‘Foggy Fumes’ there’s quite a nice little Easter Egg; you can see Mr. Game & Watch hard at work with his hammer in the background. 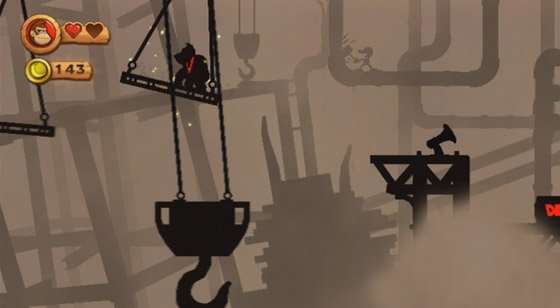 Since Retro Studios have now worked on both series, the Donkey Kong and Metroid franchises have had a few connections. First, in Donkey Kong Country Returns you can see a formation that looks a lot like the skeleton of Crocmire (a boss from Super Metroid). Donkey Kong Country: Tropical Freeze featured another nice little cameo like that, and in one level you can see Samus’s ship crashed in the canopy of trees. 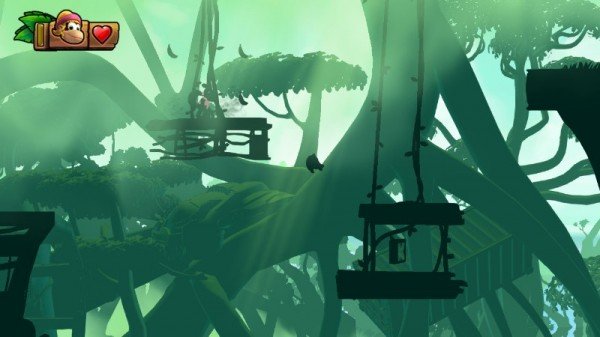 The final evolution of the Kong lineage: metroids.

Following the departure of Rare from the Donkey Kong series, there was a lot of experimentation in regards to what should happen next. One of these more experimental games was DK: King of Swing where the gameplay was based around climbing. Some have pointed out that this was rather similar to the gameplay in the NES game Clu Clu Land and clearly this similarity was intentional because Bubbles (the hero of Clu Clu Land) is featured an unlockable character. 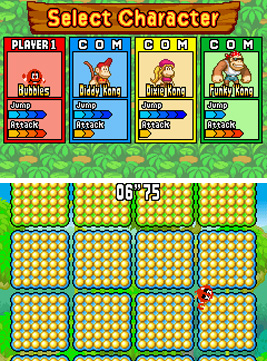 Finally back after his long-awaited return.

Of course, that isn’t all of them. But those are the most interesting ones which spring to mind at the moment. Let us know of your favourite cameos and crossovers!

Crossovers are one thing, but you’ll certainly be cross — with yourself — if you miss out on a copy of Guilty Gear Xrd -SIGN- with our exclusive set of Ishiwatari art prints. We ship from the UK so you won’t have to worry about import custom charges, we’ll take care of all that for you! Grab it here. 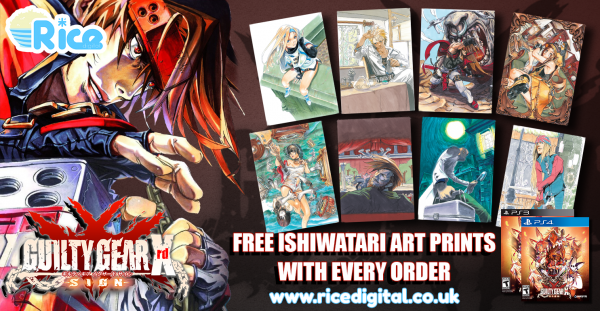