With the reveal of of Mastered Ultra Instinct Goku, or UI Goku, Dragon Ball FighterZ season 3 is all but officially confirmed. So with this, lets run through who could be joining the roster alongside the 6th iteration of everyone’s favourite lower class Saiyan.

I know, it’s another Goku. Again… Even so, I’m personally really excited for UI Goku. I loved the Tournament of Power arc in DragonBall Super, it definitely wasn’t perfect (looking at you Ribrienne, you monstrosity) but the build up and the climax of the arc was truly awesome. Toriyama still got it.

For anyone out of the loop, Dragon Ball FighterZ World Tour Finals will be taking place on February 8th and it’s there that we will be learning more about UI Goku and what other characters may be coming alongside him. It may seem a bit odd that they would show UI Goku before the finals, right? Instead, they could have alluded to something exciting being shown after the finals to increase hype. But, showing a next-season character isn’t new for DBFZ, last year they revealed that Jiren would be added to the game in this scan: 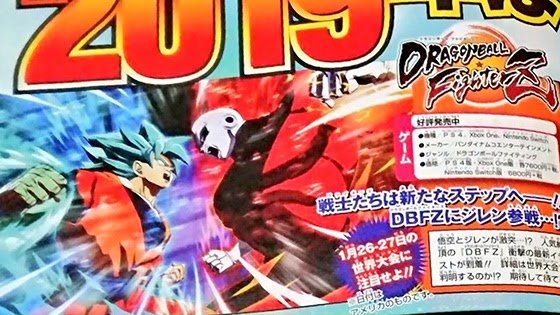 Hinting at something after the finals can definitely increase a hype amongst your audience, but you run the risk of it being a let down that everyone around the world has stayed up to watch. Remember the Street Fighter V EVO Abigail reveal? Still makes me shudder.

By showing UI Goku, they let people know that if that want to find out more, they need to stay until the end of the Finals.

Before we get into who I would like to see join the roster going forward into the new season, I want to briefly discuss UI Goku being added. ArcSys have definitely shot themselves in the foot, just a tiny bit, with the number of Goku’s they have amongst the roster. We have:

That’s a lot of Goku. Even with all of these, I think UI Goku will be a genuinely new, unique and interesting character. For one, he always his battle damaged look with the torn off top and ripped pants. This is a good start, because he actually looks physically different besides hair colour. I feel like maybe I’m reaching here, so let’s move on! 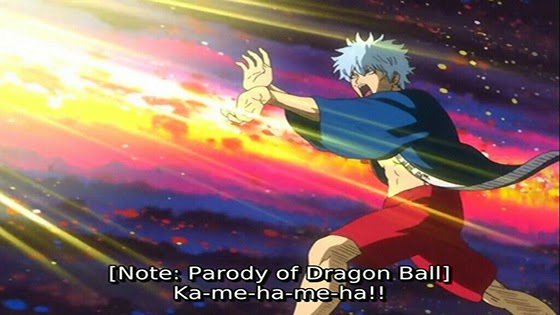 This list is going to include characters I would personally love to see; who I think deserve to be added; and characters who could still make their way into the game, despite not being all that popular. So, first up: 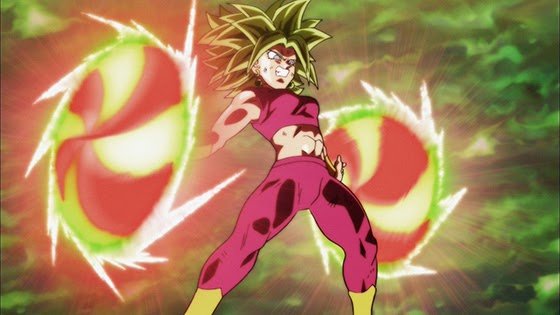 In the first season of DBFZ, they released their DLC characters in pairs, and these pairs always had a theme. For example, the first 2 characters added were Bardock and Broly(Non-canon). These two characters were connected under the theme of “Legendary Super Saiyan”. I think that Kefla, will be added after UI Goku as they are both characters from the Tournament of Power arc in Dragon Ball Super. Do I personally want to see Kefla added? Absolutely!

I really want to see more female representation in DBFZ and I’m very surprised we didn’t see her added in the previous DLC character pass. Personally, I prefer the design of Caulifla, but Kefla would be a much more interesting and fully-fleshed out character to have added to the roster. A fusion of the Universe 8 Saiyans, one of which is the equivalent of Broly? Yes please! 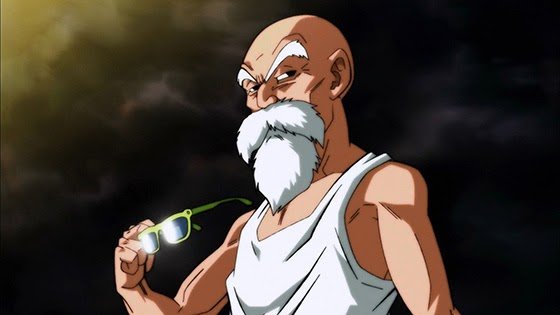 The original pervy-sensei. Master Roshi had better be added in this DLC pass or I’m going to be rioting outside the doors of the ArcSys offices! This legend trained Yamcha, Krillin, and our main boy Goku. He is a master and founder of the Turtle School martial arts, and he’s the creator of the damn Kamehameha! Roshi has been a huge part of the Dragon Ball series since the very beginning and he has lasted all the way through Z and he was still badass enough to earn himself a spot in the Tournament of Power where he made some serious moves.

In the same way that Frieza has an “Install Super” in his Golden form, I want Roshi to have the ability to change into his Max Power form for a set period of time and change his attacks and mechanics. I could see Master Roshi becoming a hard to master character who rewards hard work. Give us our pervy-sensei! 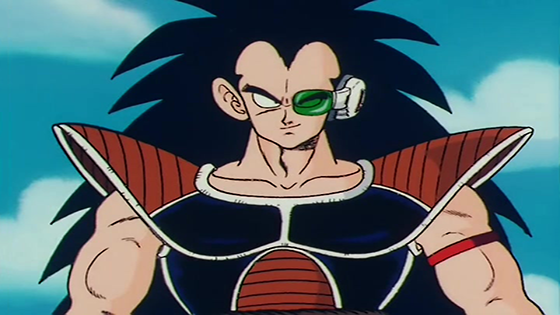 Ah, Raditz. This is a perfect example of a character that, personally, I wouldn’t mind not being added, but I want to include him because he essentially kicks DBZ into gear and he has so many moves and special attacks that could make up his moveset, it’s ridiculous. You might be thinking, “Wait, Raditz only appears for a short period during the Saiyan Saga, so how could he have so many moves?”

As I’m sure most of you know, they story of DBZ has been told hundreds of times and at least 70 of those were in video games. Throughout all these games, Raditz has been gaining an ever increasing number of attacks. An attack such as “Saturday Crush” is from the original anime/manga, but have you ever heard of “Exciting Year” or “Weekly Special”? You will have if you played the Budokai series. Raditz has tons of these moves that could be added in to make up his moveset. Who knows, maybe he’ll be the one to show us a super attack incorporating the Great Ape.

Also, a dynamic-finish when the player is using Piccolo and Goku would be such a great addition! 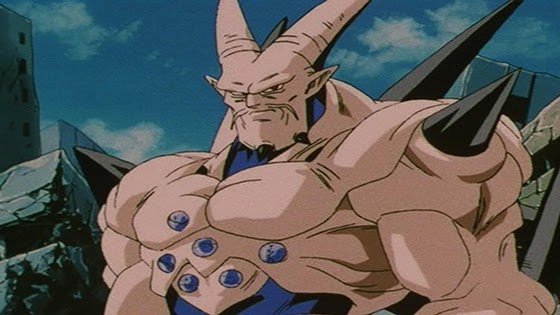 As soon as GT Goku was added to the game, we could no longer rule out GT characters. So, if we’re including them, who better than Omega Shenron, the big bad boss of GT! His moveset wouldn’t be a problem, he used a ton of different attacks in his final form alone, and if need be, attacks could also be taken from his Syn Shenron form, so he’s fine in the moveset department.

Even though Dragon Ball GT isn’t the most loved series of the franchise *cough* they ruined Goten *cough*, it is still a special series to fans who grew up with it, so I think some more representation from it isn’t a bad thing. I personally don’t care for GT, but I would be lying if I said Super Saiyan 4 and Omega Shenron were cool designs. 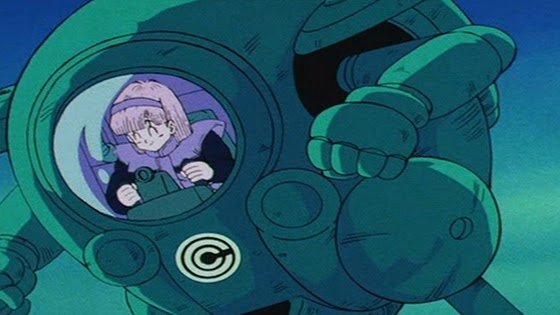 Now, I know what you’re thinking “Bulma?! She can’t fight! How could they possibly include her?!” I have come prepared. I have to thank Dragon Ball FighterZ content creator RoofleMonger for this idea, as he turned me onto it.

Bulma will be piloting a mech-suit. Bulma is a fantastic and iconic character, she is another female representative and she absolutely needs to be added to the game! Her moveset will have to be a newly invented one, as they wouldn’t have any references to pull from, but that’s fine, Android 21 is a fantastic original character with a unique moveset. Bulma is the genius who created the time machine, can she build a mech to fight against Saiyans and Gods of Destruction? OF COURSE SHE CAN! 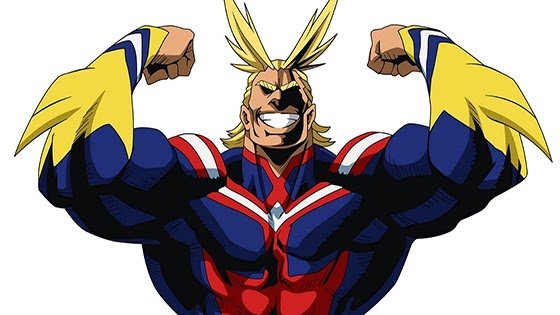 The dream. Oh the dream. When I first think of a guest character for DBFZ, Saitama comes to mind, but that wouldn’t make sense. All Might though… This is perfect.

Enough of my love for All Might, this is all just overly optimistic hope from me. With that being said though, who would you guys love to see as a guest character in DragonBall FighterZ?

Who do you want to see join the roster?