Even more funny Smash Bros Screenshots. And by funny, I mean LEWD.

So here we go with round TWO on the Funny Smash Bros screenshots – because honestly, right now, I have nothing better to do with my time. Actually, I DO, but it’s 30 minutes after much lunch break and I’m just procrastinating, and Debbie in accounts can go swivel if she thinks she’s getting her Q4 reports before Thursday.

Where was I… oh yeah, Funny Smash Bros Screenshots… 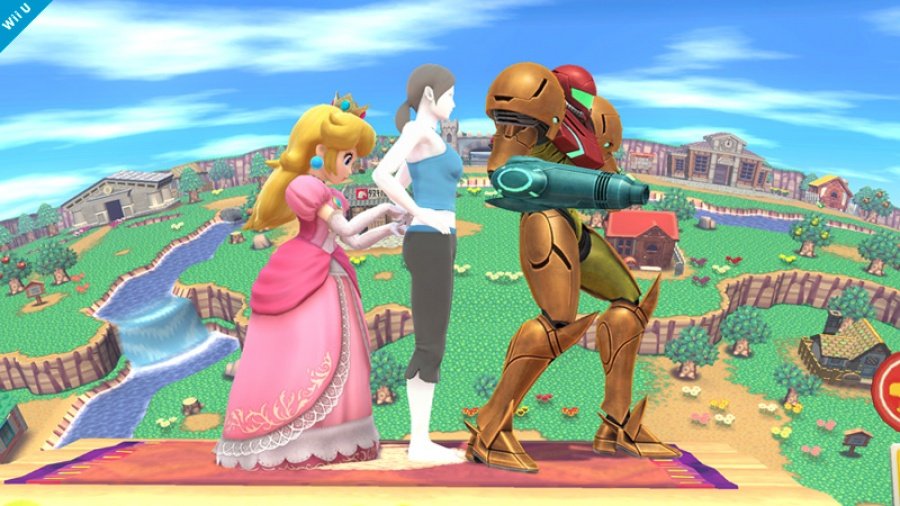 You now when you’re in line in the Chemist, and the girl in front is wearing exercise pants (those are a thing right?) and you think to yourself – “WOW, I DO like those exercise pants” and you then you’re like – “those would be so great for when I do Hot Yoga on a Wednesday evening – I wonder where she got them from.”

Only you’re too shy to tap Exercise Lady on the shoulder and ask where she bought them from and then you think to yourself “maybe if I just pull back the elastic juuuuust a little bit I’ll be able to see what brand it is on the label.”

And then you’re just about to take a peek and then realise you probably shouldn’t because 1) that might look like some kind of sexual assault and 2) this Pharmacy is your local, and you don’t really want to get banned – and then have to make a 30 mile round trip to the next closest every time you run out of conditioner. 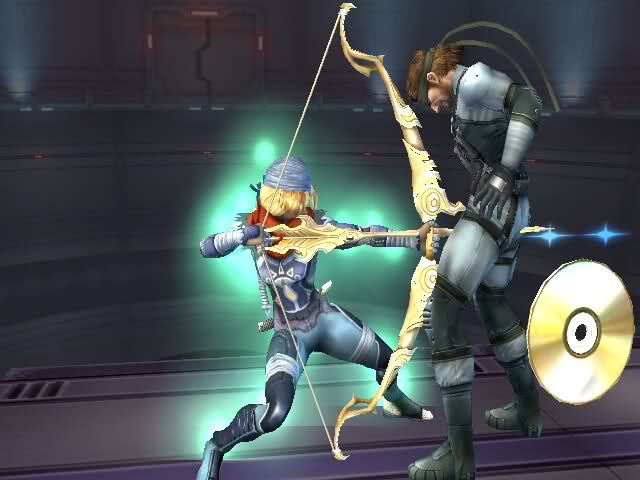 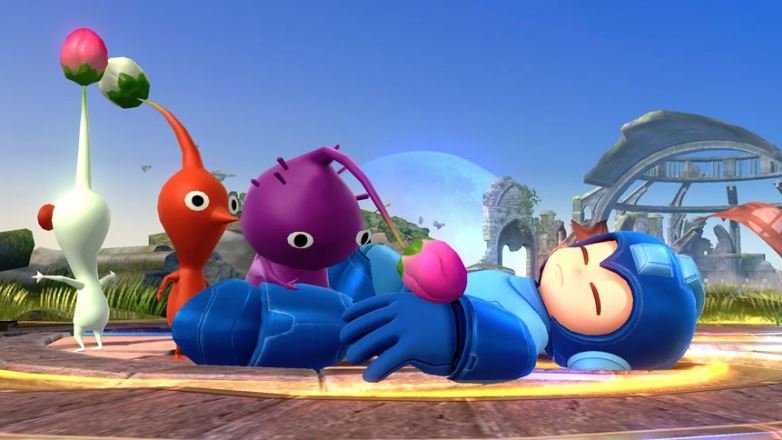 I don’t feel comfortable with this image. It seems to me that Mega Man is sleeping, so technically, I’m not sure this Purple Pikmin has his consent.

I mean, it COULD be that Mega Man and Purple Pikmin are an item – are already in a loving relationship, Red Pikmin is just curious to see what’s under Mega Man’s metal pants, and White Pikmin is… hang on… what IS White Pikmin doing? it looks like he’s standing guard, which would suggest…

I mean, what’s even happening here?! Okay, so MAYBE, Mega Man is just closing his eyes in anticipation, he’s happy, ready, willing. Purple and Red Pikmin have been invited to this little menage-a-trois and White Pikmin is just here to make sure Yellow, Blue and Red Pikmin don’t come to the party, because they have NOT been invited and this is strictly invitations only. In which case *PHEW* everything is just fine and no one has any need to worry.

Thank goodness we got THAT straightened out. 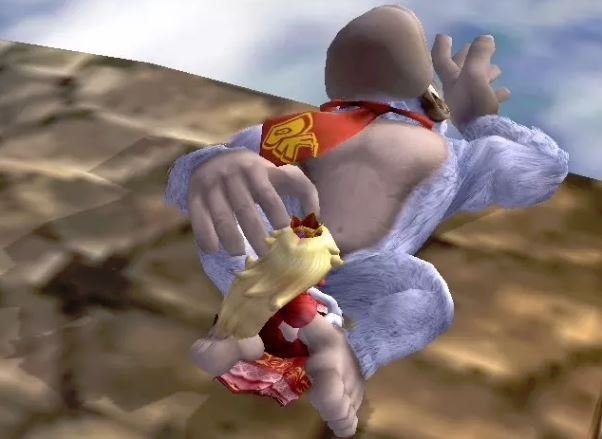 This is the Smash Bros equivalent of when your grandfather dies and your parents are going though his house to throw out all of his junk, head into the garden shed and find a stack of the old man’s… er… literature. 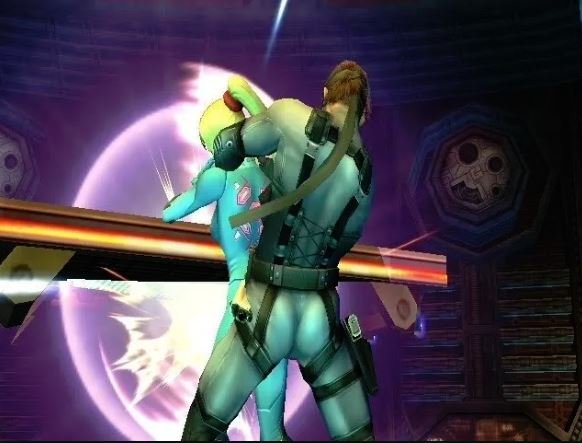 Their eyes meet over the bar of the local pub. He’s sipping a nicely chilled Pinot Grigio in an over-sized glass. She’s gulping down a pint of Bishop’s Finger IPA. They instinctively want reach for their side-arm to blow each other brains out – and then laugh, (HAHA!) at how their instincts have been finely tuned to just KILL! KILL! KILL! the shit out of anything that moves.

They share stories of their childhood, their toughest hardest missions, their favourite method of eviscerating a target. Next thing you know, they’ve started hitting the sambuca hard. Then it’s on to the whiskies. Samus makes the mistake of switching back to wine – there’s only one way this is going to end.

KEBABS! He like Donner meat, she’s more of a Shish kinda girl.

Samus walks Snake back to his apartment. “Can I come and use your bathroom quickly she asks?”

“Sure” says snake – just try not to be sick in my launrdy basket.

“Did you just vomit in my laundry basket?” asks Snake?

The chemistry in the room is just so fucking hot right now that they can’t keep their hands off each other. Only problem is, when you have literally 10,000 belt buckles keeping your clothes on on one side, and on the other a Chozo-made skintight stealth suit which can not be opened without a laser your only option is to dry hump and grind your way to ‘satisfaction.’ 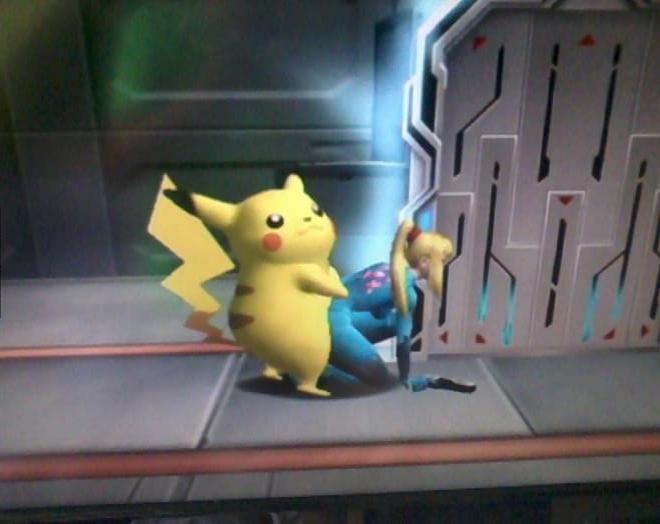 If you think I’m going to write a mini sexy Fan Fiction for this one, you have another thing coming! 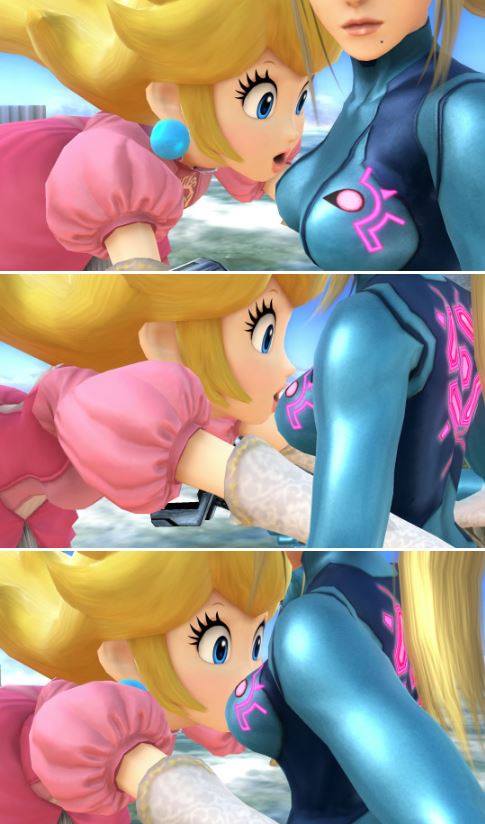 This is basically the image that started off the whole Funny Smash Bros posts thing in the first place. I don’t think it needs any further explanation really, so I’ll leave this as is. 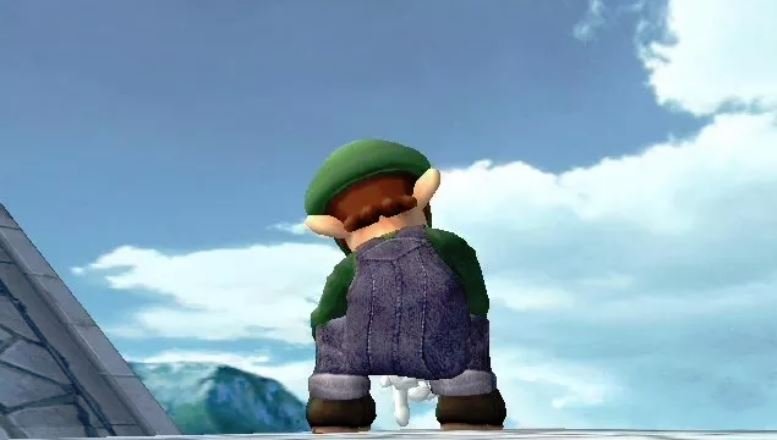 Turns out that it’s not just his hands that Luigi like to slip into a white cotton glove. 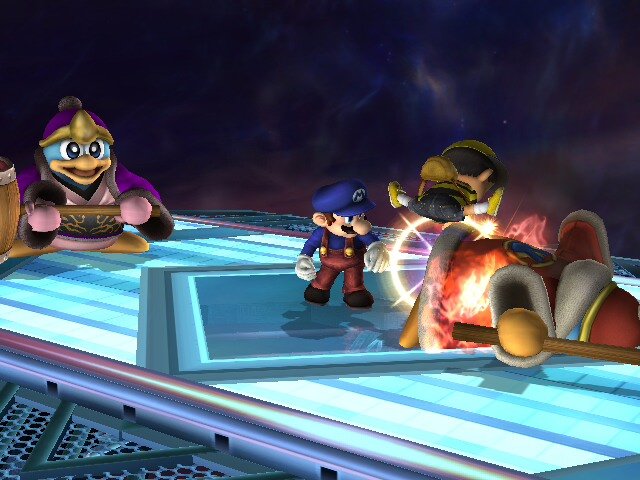 Oh mercy, there’s just… too much going on here. King DeDeDe’s face says it all.

And on that note, I’m done with funny smash bros screenshots. If you want me, I’ll be in my room writing some more Samus and Snake Fan Fics.