Everything Revealed In the Pokemon Nintendo Direct

So, we’ve had our seven minutes of new Pokémon information just now, with various bits coming out to pretty much widespread hysteria (we were there, we saw it). But what exactly was revealed in the Pokemon Nintendo Direct this afternoon?

Firstly, the titles of these new Pokémon titles; Pokémon Sword and Pokémon Shield. These come with their own symbols, as always, and fit pretty well with the region that the games are set in (more on that in a moment). We like these titles; they’re bold, distinctive, and the Pokémon Company were eventually going to run out of gemstones.

Secondly then, would be the region, which was revealed to be called the Galar Region, a new location that looks suspiciously like the U.K. especially in the northern parts with what is very obviously Big Ben. There’s mountains, forests, cities, and countryside to explore, in a graphical style quite similar to that of the Let’s Go! titles. Everything looks very cohesive in terms of layout too, with less of a focus on the sudden icy or beach climates as the previous titles had. 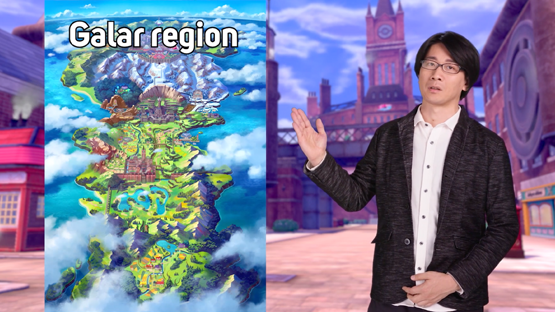 The three starters were announced too, giving the players the choice of Grookey, Scorbunny or Sobble. Grookey is a cute little grass monkey, Scorbunny a fiery bunny, and Sobble a water thing that defies most human description. They’re all adorable, and we can’t wait to see the evolutions of these critters, so we can decide which of the three to pick as our Starter (currently, my money is on Scorbunny).

We saw a little gameplay, but not enough to really ascertain how it will play. Visually the battles seem like Let’s Go! but it’s hard to tell from the footage whether that will be the case. Then the broadcast ended with the release date of “Late 2019”, which is really not that long away. We expect more news at E3 about these titles, but really that was a lot of information for seven, short minutes. 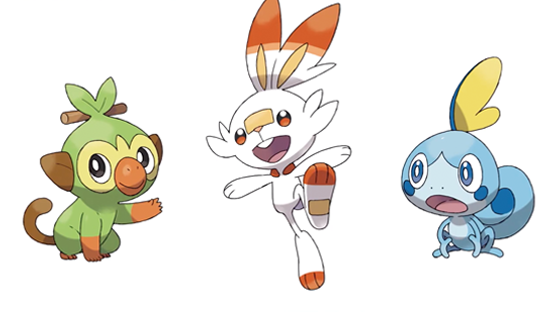 What do you think? What will be your Starter? What do you think of the names? Let us know in the comments, or on Facebook and Twitter, and check back for more coverage of this and other Japanese titles.

Top 10 Anime OP’s Ever
Recommended Products from our Store: