Well damn, 2020 is looking pretty amazing for Fighting Games. We’ve got some delightful new games coming out this year and new seasons for a ton of the current titles. We Fighting game fans truly are living the good life, eh? Welcome to my fighting game esports 2020 preview.

As much as I love playing Fighting Games, I absolutely adore spectating them. Watching the best of the best compete in each games respective world tours is this epic, year long journey culminating in a clash of the titans. Believe me when I say they never disappoint. So look forward to them!

Take a seat, get cozy, and let’s speculate what’s to come this year, shall we? 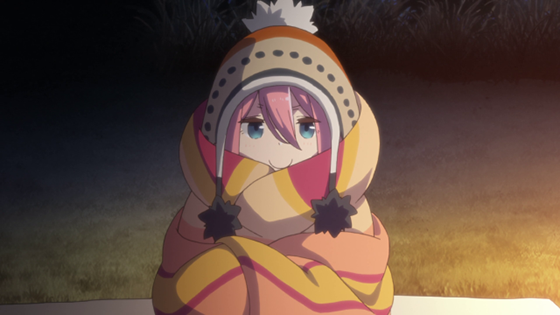 Let’s start with the anime fighters. 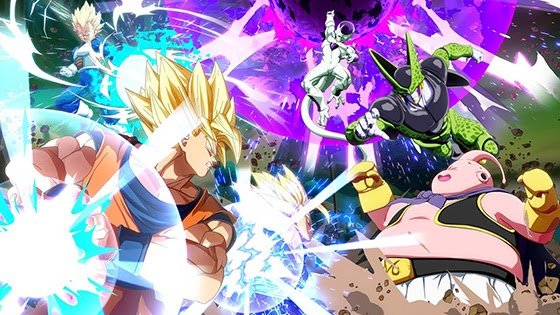 DBFZ is in a slightly different situation from some of the other games that I’ll be talking about. That being, the season isn’t finished yet. The finals for the DBFZ World Tour 2019/2020 will be taking place on the 8th of February 2020, so you guys can feast your eyes on the best DBFZ players in the world playing with the title on the line so soon? Lucky.

The current World Tour is actually the second competitive season DBFZ has had. There has been no confirmation of a 3rd competitive season for the game as of right now, however, come the 8th of February, I’m almost certain we will gain a clearer picture of what’s to come.

By this I mean that if a season 3 DLC character pass is announced, we can take that as a sign that the competitive season will be continuing. Now, take this with a pinch of salt, as this information comes from a rumour, but the previously mentioned season 3 character pass has been leaked. With a game based on a series as popular and iconic as DragonBall, they would be crazy not to continue with the competitive season.

DragonBall FighterZ is a fast-paced, high-octane slugfest that anyone can enjoy. If you’ve seen an episode of DBZ, then you’re all set to enjoy the game. Please tune into the final in February!

If you want some more info on the past season: https://dbfzworldtour.com/ 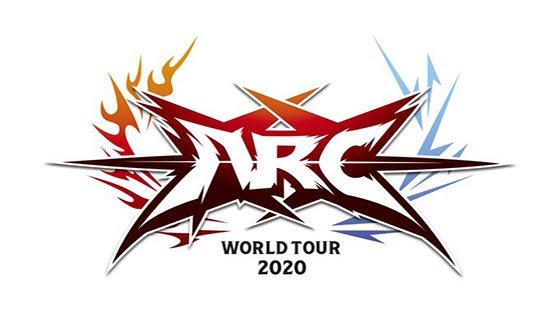 Originally being a Japan-only fighting game tournament that was first held in 2013 at the “ Arc System Works Festival”, Arc Revolution Cup transformed into ARC REVO and broadened its horizons to the rest of the world!

Now, the returning titles for ARC REVO will be: Guilty Gear Xrd REV 2, BlazBlue CentralFiction, BlazBlue CrossTag Battle, and the yet to be released GranBlue Fantasy Versus. There was originally some speculation that maybe the new Guilty Gear: Strive would be replacing its predecessor, but that was made mute when it was confirmed that the new Guilty Gear title wouldn’t be released until late 2020. What a stunning game.

Please, if you aren’t aware of Guilty Gear: Strive, go and watch some of the character trailers. I promise you, you have never seen a game as pretty as this. 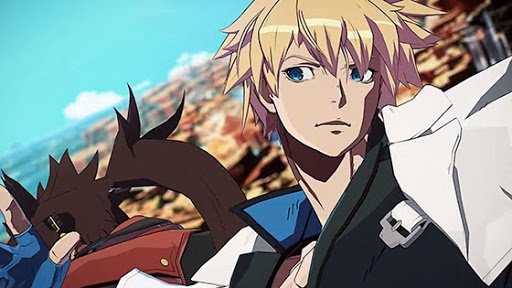 Let’s talk a little about GranBlue Versus. This title is based on the EXTREMELY popular mobile gacha game in Japan, GranBlue Fantasy. The game is packed with stunning visuals and characters all with very unique appearances and personalities. For a gacha game, it really treats the player well, and I say that as someone who still hasn’t managed to pull Magisa(my favourite GranBlue character) after playing the game for 3 years… Saltiness aside, I think this game is going to really pull more eyes into ARC REVO 2020. The game is already very popular in Japan and there has been a large and growing interest here in the west.

The titles included in ARC REVO are all very different from one another, with Guilty Gear and BlazBlue being highly technical anime fighters, BBTAG being a 2 v 2 team game, and GranBlue joining the fray with a much more simple appeal, but a great amount of depth hiding below the surface. We weebs are in for a real treat.

For more info and updates: https://www.arcsystemworks.com/awt2019/en/ 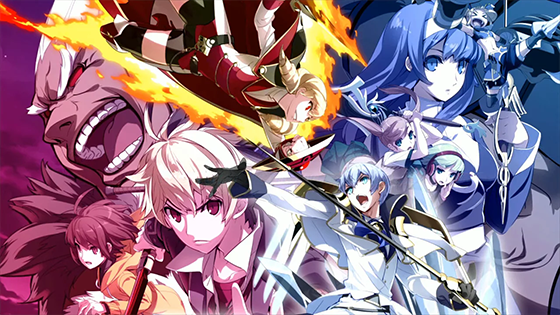 I honestly didn’t think the name could get much longer, but it did. Under Night is a criminally underrated fighting game that deserves the title of “Anime Street Fighter”. It’s a high-execution, footsie-based, technical fighter that manages to take the best from both anime fighters and Street Fighter and blends them perfectly.

I remember, during the announcement for EVO 2019, Under Night IN-BIRTH Exe[st] was confirmed as one of the included titles and all I could think was “It’s been a long time coming”. The community surrounding this fairly small series by studio French Bread is extremely committed when it comes to getting Under Night into the eyes of the people, so they can understand just how great this game is. It boasts a great cast of characters, each with very unique play styles and techniques.

Londrekia, a new character who commands the power of ice will be joining the cast along with the new version of the game. Nothing has been said with regards to a competitive circuit for this game, but with the success and love it received during EVO, I for one would love to see this game gain some form of pro tour. For now though, I can guarantee we’ll be seeing the game at numerous different Fighting Game events throughout the year.

Please, give this game a try. It has a tremendous tutorial mode and a fantastic trials mode that will take you from the basics of movement to the most intricate wall-bounce, off-the-ground, jump-cancelling combos.

You can pre-order it on our store here! 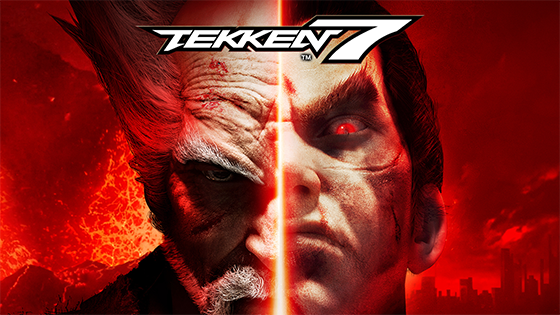 Let’s dive into what we currently know for the Tekken 7 World Tour in 2020. During the stream for the finals of the 2019 season, we received confirmation that Tekken 7 would be returning in the new year with a brand new 2020 World Tour. Unfortunately, outside of this, we’ve received very few details.

What we do know is that it will be returning in April 2020. So, from this we know that EVO Japan will be a standalone for Tekken 7 and won’t count towards the Tour. The same goes for Final Round which takes place in March. Hopefully, we will gain some more information on the exact dates and events during one of the 2 previously mentioned tournaments.

Never rule anything out in Tekken. It has some of the most insane story-lines in recent fighting game history. Arslan Ash from Pakistan took the world by storm by winning one of the most prestigious fighting game events, EVO, in a scene that has been dominated by South Korea for numerous iterations of the game. This game is wild. Negan from the Walking Dead is a playable character… NEGAN. Please look forward to everything to come out of Tekken 7 this year.

For updates on the Tekken 7 World Tour: https://tekkenworldtour.com/ 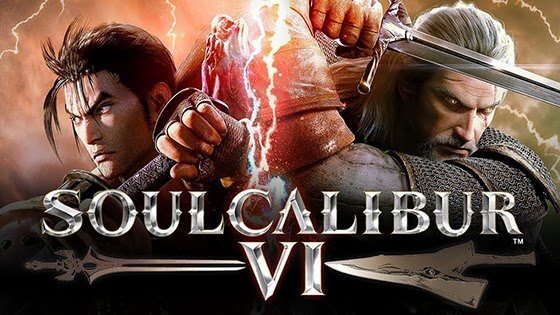 Welcome back to the stage of history. SoulCalibur made its return to our consoles and PC’s in 2018 and is now joining other titles in announcing a World Tour! French Professional player and SoulCalibur legend, Kayane, announced that SoulCalibur VI would be having it’s very first competitive circuit! The tour will be kicking off at EVO Japan commencing on January 24th-26th.

With a new season announced, not only competitively, but within the game itself. Characters have received new attacks, combos, plus some balance changes. For all of you Witcher fans, Geralt boasts some new moves utilizing some classic Witcher pirouettes, kicks and his Aard sign. He even has a loss animation where characters will toss a coin at the Witcher… Maybe that last bit is a lie, but that would be a great addition right?

With the first event in the World Tour being EVO Japan, please tune in if you can. EVO always brings the best of the best when it comes to fighting game talent, so it will be a tremendous place to first view the new season of SoulCalibur VI. 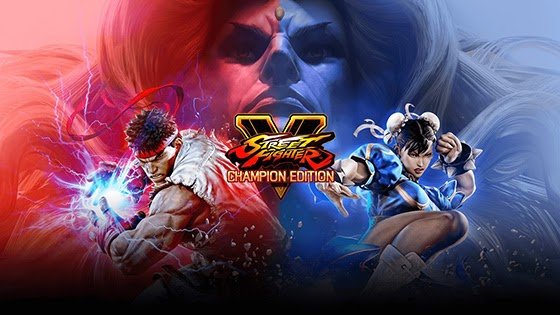 Now, the Capcom Pro Tour has received a huge revamp with the 2020 season, so I will try to fill you in quickly with the need-to-know changes:

40 players in total will qualify for Capcom Cup 2020. One spot is guaranteed for the current title holder, Derek “Idom” Ruffin.

The season will be split into two halves. With the points reset happening in July.

Sixteen players will qualify through the new leaderboard format. Eight from the first half of the season and eight from the second half.

Twenty-two players will earn qualifying spots through the new “World Warrior” challenges. These have been newly introduced with the hope that the Capcom Pro Tour will reach more regions around the globe and create more communities even within smaller regions.

Finally, the winner of the Last Chance Qualifier will earn the last spot in the finals.

This is everything we know at the moment. Hopefully we will receive more information at a later date.

Street Fighter is the grandfather of fighting games. Imagine it as the tree and other fighting games as the branches, every fighting game has some Street Fighter in it. The names Ryu, Ken and Chun-Li are known by most at this point, and certainly don’t know anyone who has never heard the word “Hadouken”. SFV’s new season will be starting up in March, so please tune in and enjoy some fresh new-season Street Fighter.

Hopefully this has piqued some interest in you guys, or at least been informative. Thanks for giving it a read.