When Final Fantasy VII Remake was first announced, we knew that it was a PS4 exclusive, but not the extent of the deal. As time has gone on, we’ve discovered that the remake of the classic JRPG will in fact be a timed exclusive. We now know that the game will be exclusive on the PS4 until early 2021.

We now know that the Final Fantasy VII Remake will be a timed exclusive on PlayStation 4 until March 3, 2021. Square Enix updated their box art yesterday, now with a small ‘PlayStation Exclusive’ detailing the length of the exclusivity. Interestingly, the next generation of consoles should be out by 2021, so could Final Fantasy VII Remake make it’s way on to PS5 and the next Xbox?

The game has already been confirmed to be split into multiple parts, so it is likely we will see a re-release of this first part on newer hardware before the release of the next part of the remake. 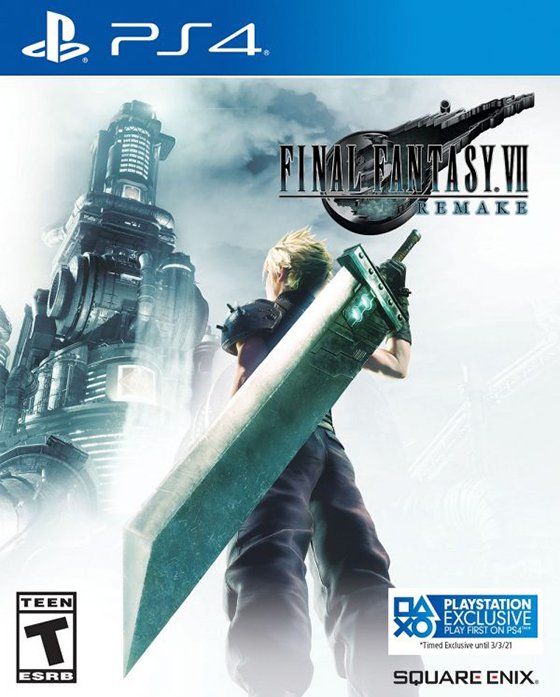 Our Picks From The Nintendo Christmas Sale
Recommended Products from our Store: