We might be a little late to the party with it, but we have recently gotten very engrossed in Final Fantasy XIV Online, playing the game until all hours of the night. As such, although we’re nowhere near the point we can use it, we’re very excited about the Final Fantasy XIV Blue Mage job, which arrives today.

Following the release of Patch 4.5, Final Fantasy XIV Online has introduced this new and unique way to experience the world of the game with the Blue Mage job. This new job is available to all players with a level 50 Disciple of War or Magic class/job and have completed the main scenario quest “The Ultimate Weapon” for A Realm Reborn.

The Blue Mage learns new actions through fighting monsters, mimicking these abilities in battle. The blue mage will initially have a maximum level 50 and can learn 49 unique monster abilities at release—both the level cap and number of abilities you can learn will increase in future updates.

Furthermore, the conclusion of the Stormblood storyline is set to arrive in late March with Patch 4.56, which will pave the way for the Shadowbringers expansion pack due for release in early summer 2019. Additionally, subsequent updates are planned for the Patch 4.5 series, which will introduce additional features and content for all players.

More information on Shadowbringers will be shared at the Paris Fan Festival event on February 2nd-3rd, 2019, as well as during the Tokyo Fan Festival, scheduled for March 23rd-24th, 2019. If you can’t be there, all Fan Festival events will be streamed free of charge on the official Final Fantasy XIV Twitch channel: https://www.twitch.tv/finalfantasyxiv 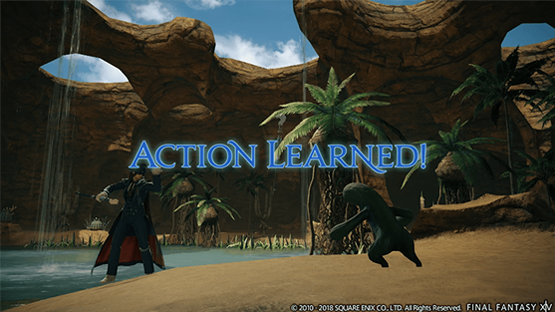 Do you play Final Fantasy XIV Online? Will you be jumping into the Blue Mage job? Which job class do you specialise in currently? Let us know in the comments, or on Twitter and Facebook, and check back for more coverage of this and other Japanese titles.

Final Fantasy XIV is out now for Playstation 4, PC, and Mac. Want to jump in? Why not grab the Complete Collection here?