Final Fantasy XV has garnered widespread mixed response since it released back in 2016. I personally really enjoyed the game, despite its shortcomings, but I can’t deny that the post-release schedule of DLC has been somewhat insulting to those that purchased the title on day one, with a copious amount of post release DLC. However, in a slew of announcements, Square-Enix have solidly revealed the state of the title going forwards and it doesn’t look too great.

Firstly, in the least expected announcement, they confirmed the cancellation of three of the four planned Final Fantasy XV episode expansion packs. Episode Ardyn is still in development and is scheduled to release in March 2019; but the Episodes for Aranea, Lunafreya, and Noctis have all been canned. Furthermore, it would appear that a reported change to internal studio Luminous causing a loss of $33 million to the company can be attributed to this cancellation. Luminous have been confirmed to be moving to focus on a new AAA title, but there hasn’t been an announcement at present as to what that might be.

Secondly, Square-Enix confirmed that the director of Final Fantasy XV, Hajime Tabata left the company on October 31st. Tabata himself has confirmed that he is leaving to form his own company to find his ‘next challenge after FFXV’. He has also wished all of the staff from Square-Enix and Luminous Productions the best, stating that he will cheer them on together with fans, thanking the fans for their support of the game. 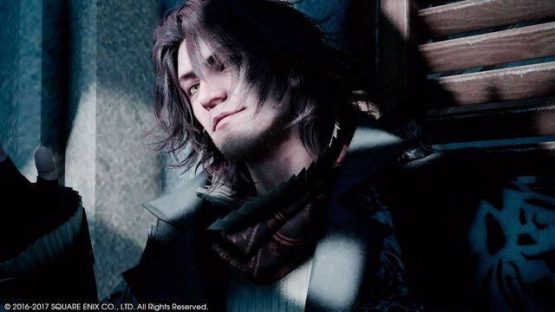 Episode Ardyn remains in development for release in March 2019

As other news related to the game itself, the company announced that the Comrades multiplayer DLC will be released as a standalone title on December 13th called FFXV: Multiplayer Comrades, featuring more costumes, weapons and bosses. If you have already purchased Comrades (like I have), you will receive the new edition for free. Also, there will be a crossover event with Final Fantasy XIV Online on December 12th called “Adventurer From Another World” in Final Fantasy XV.

Finally, there is a final short-form anime called Final Fantasy XV Episode Prologue on the way, which I’m intrigued by because I loved the other anime revolving around this game. So, there are a lot of things still happening with Final Fantasy XV despite this considerable shake-up with the future development of the title. But what do you think? What are your thoughts on Final Fantasy XV and the Episodes DLC? Let us know in the comments, or on Twitter, and check back for more coverage of this game, and other Japanese titles!