Food Wars! Season Two is the shortest season of the series so far, clocking in at only 12 episodes, but it’s battle after battle as Soma attempts to climb to the top of the 43rd Annual Totsuki Annual Election. With so much competition hungry for victory, Soma truly has to bring his best to the plate if he wishes to win.

Getting straight into the action with a battle against Alice Nakiri, much of the arc follows the Autumn Election, allowing for focus on characters other than Soma. As is with any shounen, new characters are introduced in this arc, providing greater challenge for Soma to overcome, and each battle is a thrill. How is cooking food so exciting and informative?! It’s hard to walk away not hungry, but easy to be disappointed when you realise you can’t actually all that cook well. 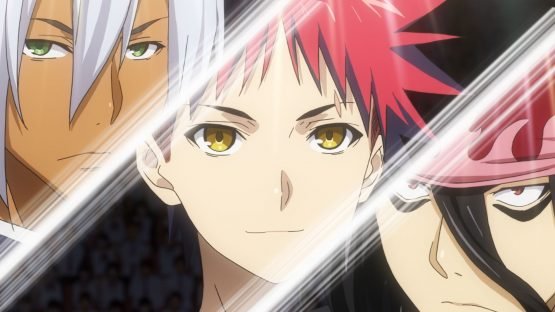 Without giving much away on how this arc concludes, there are a lot of twists and upsets that make room for character development, and things that set up future confrontations. This season feels all too brief considering that seasons one and three are twice as long, and I prefer it when there’s a little more down downtime in-between cook-offs, but seeing so much at stake makes for exciting viewing too. 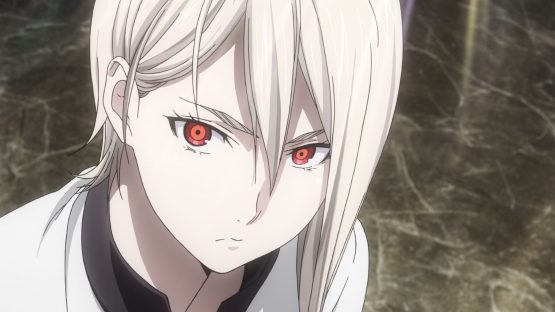 J.C.Staff bring the mouth-watering, delicious-looking food to life in a way that’ll get your stomach grumbling, although the excessive fan-service and clothes being ripped away when people have food orgasms may turn people off. I don’t mind it, it’s a part of the show’s insane flair, but I do feel as if they spend a little too much time speaking about the ins and outs of each dish and how they react to it, that it sometimes feels repetitive, especially if you’re binging it. 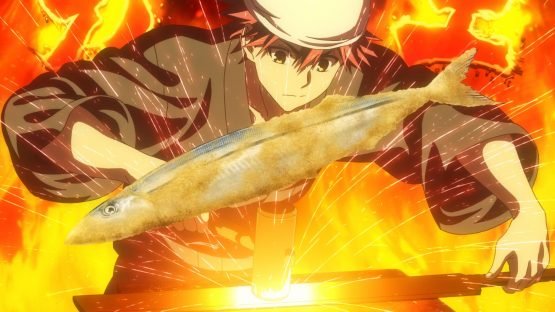 Series one’s ending theme, Spice, isn’t present here, and its presence is missed, but this season’s new opening and ending themes are very catchy. I’m happy with all of the performances too, other than Stephanie Wittels as Erina Nakiri. I feel like her voice could be a good fit and, with different direction, she could really bring the character to life, but she sounds uninterested and unamused rather than superior and haughty. 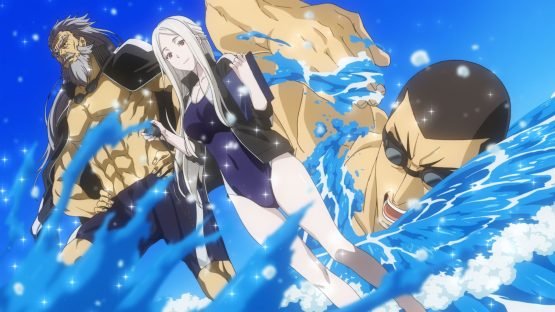 Her character has proven to be deeply interested in Soma and the tournament, but she sounds as if she doesn’t want to be present, and that she’s simply bored with all of the exciting events going on. Stephanie is a great actress, but this portrayal doesn’t quite capture what I’ve seen Erina prove to be. 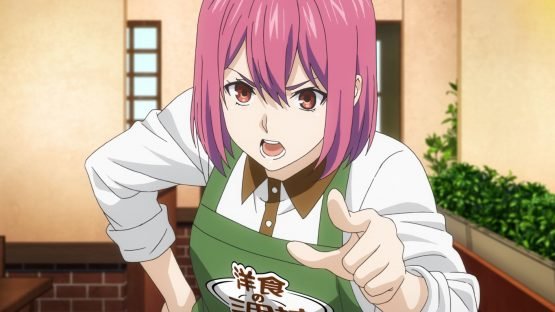 Food Wars! Season Two is worth your time, and it’s an interesting take on the shounen genre, and one which packs in stunning action and genuinely funny humour. It’s a series which is still hugely popular right now, and Manga UK’s releases of them have been terrific. It’s easy to kick back with, and good enough that you’ll become attached to the characters but, be warned, you will be left hungry for more!