If you have trouble keeping up with new game releases, try living in Japan! With gaming being one of the country’si major industries and media outlets, it’s hard to not be a little overwhelmed by the flood of games being churned out every month. With such a tidal wave of games, how do you know which ones are worth your time?

Well, today’s your lucky day. Instead of the latest saccharine anime dating sim RPG, here’s a few forgotten classics for you to get acquainted with.

Set in Feudal Japan? Check. Badass ninja character? Check. Soundtrack consisting entirely of shamisens and Nō sounds? Check. Yeah, Samurai Shodown doesn’t bear any huge distinctions from other fighting games in the visuals department, but underneath the surface lies some unbelievably fierce, rudimentary game mechanics. What sets Shodown apart from other fighters is its cautious, strategic battles, with emphasis on single strikes rather than memorising excessive combo lists. It teaches you a lot about patience and reading your opponent in a fighting game where one sword slash can take half your life bar away. So much tension is injected into each fight, with detailed little graphical cues like bamboo shoots and wheatfields being cut down by your slashes adding so much gravity to the battle. It’s essentially an Akira Kurosawa simulator. Sort of.

It was a pretty bold move from SNK to develop a fighting game that doesn’t revolve around bare-knuckle fisticuffs following the success of Street Fighter II, and was one of the first fighting games to revolve entirely around weapons-based fighting, influencing titles like Soul Calibur and BlazBlue. It was a success at the time, but no one really remembers it, slowly dying out along with SNK with sequel after mediocre sequel. Thankfully, the original games are available on PSN and Xbox Live Arcade, so fighting game fans now have no excuse to revisit this classic piece of beat ‘em up history. 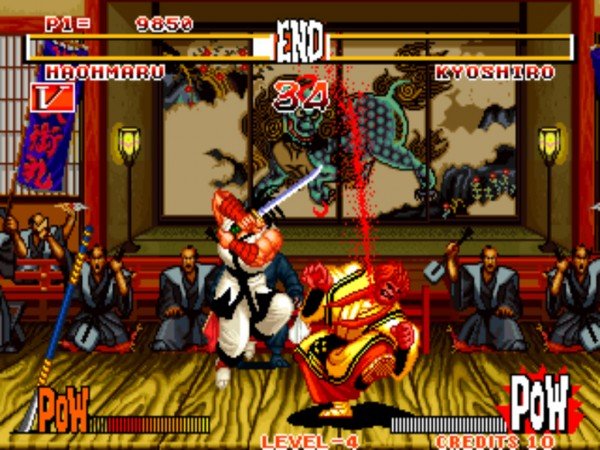 You don’t need to be an avid RPG nutter to acknowledge the perpetual conveyor-belt grind of Square-Enix’s flagship Final Fantasy series, but back in their heyday before their merger with Enix, Squaresoft churned out a divine serving of cult hits in the form of the time-hopping Chrono Trigger, the revolutionary tech of Secret of Mana, and the mecha fan favourite’s Front Mission series. Few of Square’s games however, obscure as they may be, retain such a fanatical following as Vagrant Story. Steering completely off-course from Square’s trademark visuals, Vagrant Story’s focus on stark, graphic realism set it apart from the stylisation of their other games, eschewing bright, pastoral settings for brooding, oppressive European gothic.

Developed by the same team behind Final Fantasy Tactics, Vagrant Story featured an even stronger emphasis on action, with such neat features as targeting individual body parts during combat to disarm or incapacitate enemies, as well as abolishing major RPG elements such as shops and NPC interaction. While the game received rapturous acclaim from critics, the radical change of pace was perhaps too much for Square, and Vagrant Story never saw any spin-offs or sequels. The visual style, however, proved incredibly influential in later Final Fantasy instalments, with the real-time combat system being revisited in their other games. 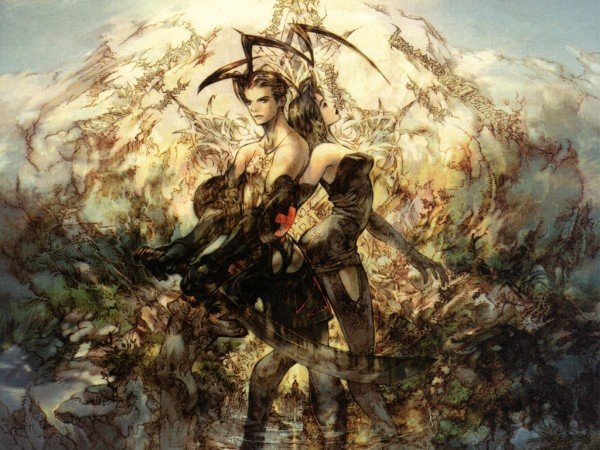 In a similar vein to Vagrant Story, the short-lived Bushido Blade franchise was a curious change of pace for Square, a company so famously recognised for its penchant for RPGs and adventure titles. The game was a big push for Square to extend its domination across other markets with an innovative approach to 3D fighting games, a subgenre which was still slowly blooming on the PlayStation. What set Bushido Blade apart from its competitors however was the open 3D arenas which players could fully explore and interact with, while still attacking on an axis relative to each player, to avoid issues with awkward combat. It was a huge innovation, but unfortunately hasn’t aged well. Its aged awfully, in fact, feeling a bit too clunky compared to the smoothness of current-gen fighters. But for that same reason, Bushido Blade bears a unique charm, one that can only come from a new IP on a new console, with fresh-faced ideas and unique experimentation which most beat ‘em ups nowadays are at a loss for. It feels very much of its time, and that time should not be forgotten. 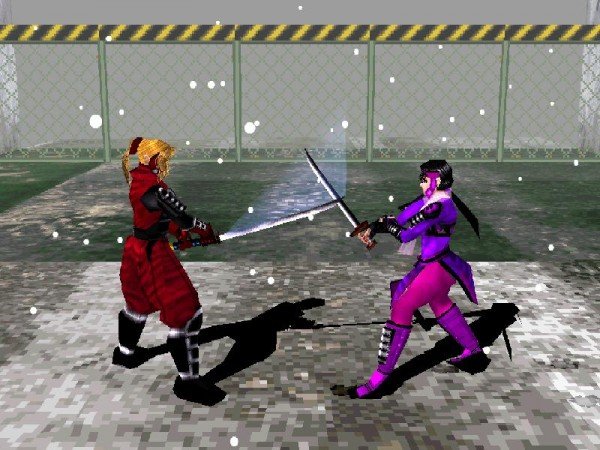 If you grew up in the ‘90s or early ‘00s, you’ll probably recognise the paper-thin, emceeing visage of Parappa the Rapper. You might even know his guitar-strumming relative, UmJammer Lammy. However, many will be unfamiliar with the two’s distant cousin, Vib Ribbon. Another developer’s push for innovation during the Playstation’s lifespan, Vib Ribbon pitted the titular character against a musical obstacle course, set to the rhythm of a deranged j-pop soundtrack.

The original soundtrack consists of a meagre six songs, but here’s the kicker: the technology in the game’s ROM, along with the PlayStation’s ability to play audio CDs allowed you to generate a course from any CD in your collection. It paved the way for the technology that would be further expanded on by indie developers, and essentially created its own user-defined sub-genre of the rhythm game, inspiring titles like Audiosurf, Beat Hazard and Symphony. Another cool piece of gaming tech history, and one that exudes an endearing charm with the vectorised, monochrome artstyle, which may throw off those used to the zesty cartoon visuals of NanaOn-Sha’s other titles. If nothing else, you can get a quick laugh from sadistically sending VibRi down a course generated by the quaint melody of “Maimed & Slaughtered”. 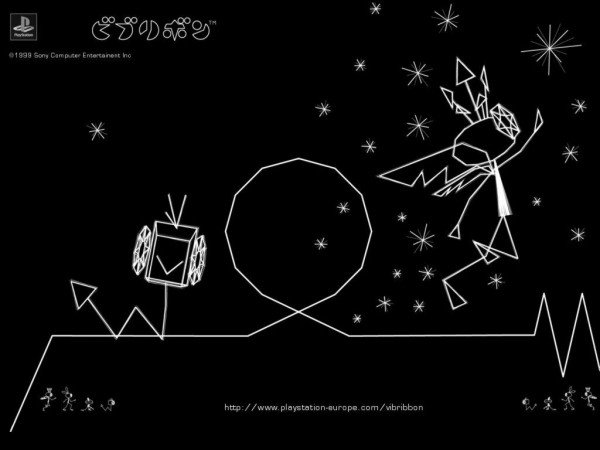 If rhythm games are your thing you might like the recently release Hatsune Miku Project DIVA F2nd. We’ve got in our store. Grab it here. 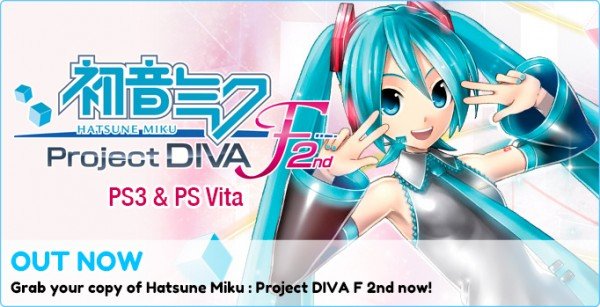