Hearing the name of your favorite anime or manga followed by the ominous words live-action or CGI is rarely something to get excited about. Thankfully Gantz O is actually surprisingly solid of a flick that stays true to the franchise.

For those new to the series, Gantz follows a group of people who after their untimely demise wake up in a mysterious empty apartment with a giant black sphere. The sphere, only known as Gantz, tasks the group to kill various aliens which plaque the city and gives them destructive toy-like weapons and power leather suits which wouldn’t feel out of place in an S&M club.

Gantz O takes place during the Osaka arc of the manga. Our heroes are teleported to Osaka where they meet up with the local Gantz team. This group is composed with long time veterans with twisted morals, who opt to do things in their own destructive ways. Everything takes a turn for the worse when more and more powerful foes enter the fray.

The movie tries its best to explain things to newcomers of the franchise, but it is still bound to leave some scratching their heads. You can see they had a hard time with cramming the whole Osaka manga arc into one 90 minute film. The team is missing a few key members and notorious creepy sex addict is nowhere to be seen. 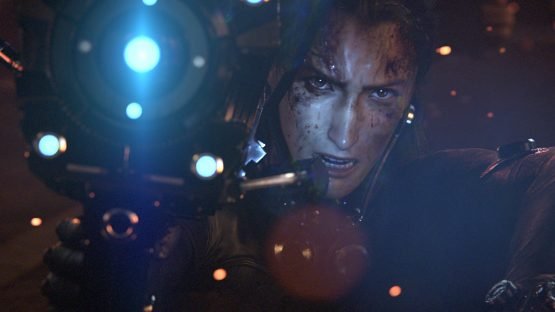 I’d love to have seen an adaptation covering the first arc of the series, as it would be a great introduction to newcomers and would have some great fight scenes to boot. It is nevertheless great to see a movie adaptation of later segments of the story, unlike some other shows that are stuck repeating the same introductory arc over and over again (I am looking at you Beserk).

Gantz is all about the dark, grisly atmosphere filled with violence and sex. And while that is here, it is heavily toned down. There are scenes of decapitation and of course there is the epic showdown against a rather titillating alien, but other than that don’t go in expecting tons of excessive evisceration, sex or even nudity, or you’ll be left disappointed. 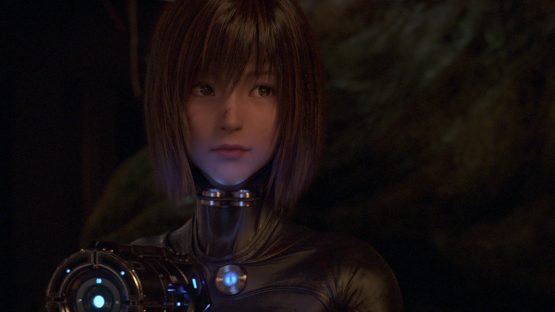 With that said the movie stays true to its source material incredibly well. It captures that sense of despair and helplessness amidst explosive action-packed sequences. No one is safe in its dark, gruesome world and even the veteran fighters end up biting more than they can chew. I can’t remember when was the last time I watched a film with so many tense moments where literally anything could happen. The action never lets up until the final credits roll. 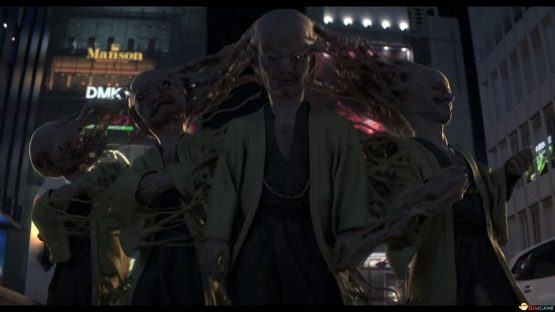 Despite all this, the movie is not without its flaws. Nothing can put you more out of the experience than when you are screaming at the TV as the protagonists just stand there too petrified to move or even use their overpowered pistols at the gloating enemy. Slow motion matrix bullet-time scenes are way too frequent. But to give the movie credit all of these are just technical issues that stem from adapting fast-paced action scenes from a static art form such as manga.

The visuals are jaw dropping. They feel like mix of photorealism and next-gen game CG cutscenes. I am grateful they opted to use CGI instead of live actors for the human characters, as it better suits the crazy monster designs without it making them seem out of place. The majority of monsters are from ancient Japanese folklore and look especially grotesque in motion. To top it all off the effects are superb – there is nothing more enjoyable than seeing the way those delayed firearms eradicate the enemies. 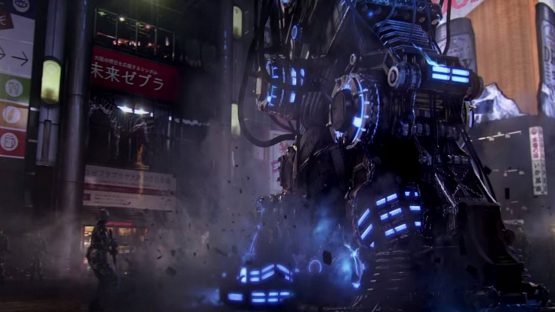 Minor annoyances aside, Gantz O ends up being one thrilling ride with its nail-biting action set pieces and tense battles that are bound to please longtime fans. It is certainly not for everyone. Newcomers may not be able to fully appreciate the now already developed characters without prior knowledge of the trials they faced and the toned down violence is still bound to make some viewers queasy. If you can get over these issues Gantz O is an action-packed movie that is well worth watching.